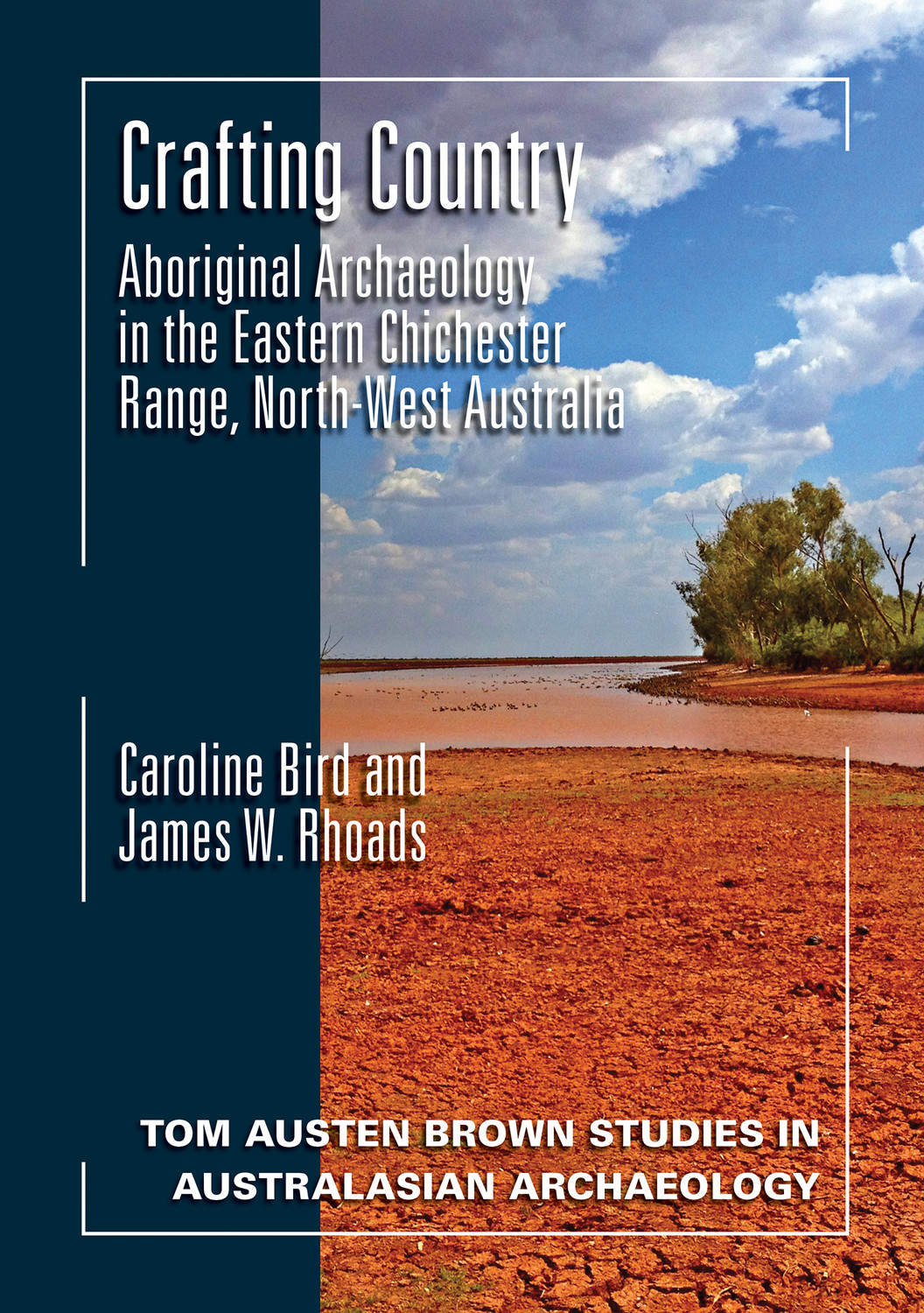 Based on ten years of surveys and excavations in Nyiyaparli country in the eastern Chichester Ranges, north-west Australia, Crafting Country provides a unique synthesis of Holocene archaeology in the Pilbara region. The analysis of about 1000 sites, including surface artefact scatters and 19 excavated rock shelters, as well as thousands of isolated artefacts, takes a broad view of the landscape, examining the distribution of archaeological remains in time and space. Heritage compliance archaeology commonly focuses on individual sites, but this study reconsiders the evidence at different scales – at the level of artefact, site, locality, and region – to show how Aboriginal people interacted with the land and made their mark on it.

Crafting Country shows that the Nyiyaparli ‘crafted’ their country, building structures and supplying key sites with grindstones, raw material and flaked stone cores. In so doing, they created a taskscape of interwoven activities linked by paths of movement.

Caroline Bird is a consulting archaeologist with Archae-aus and an Honorary Research Associate with the Western Australian Museum. She specialises in stone artefact analysis.

'Using compliance datasets, Bird and Rhoads have begun to demonstrate what an effective set of methods for stone artefact analyses might look like where landscape‐scale approaches are privileged, and temporal aggregative processes are not ignored. Indeed, this book should be a staple for consultants and academics working in the Pilbara for years to come.'
Kane Ditchfield   Archaeology in Oceania

"Crafting Country is an important step in making the archaeology of the Pilbara more accessible...[it] fills an important gap in our understanding"
Simon Wyatt-Spratt   Lithic Technology