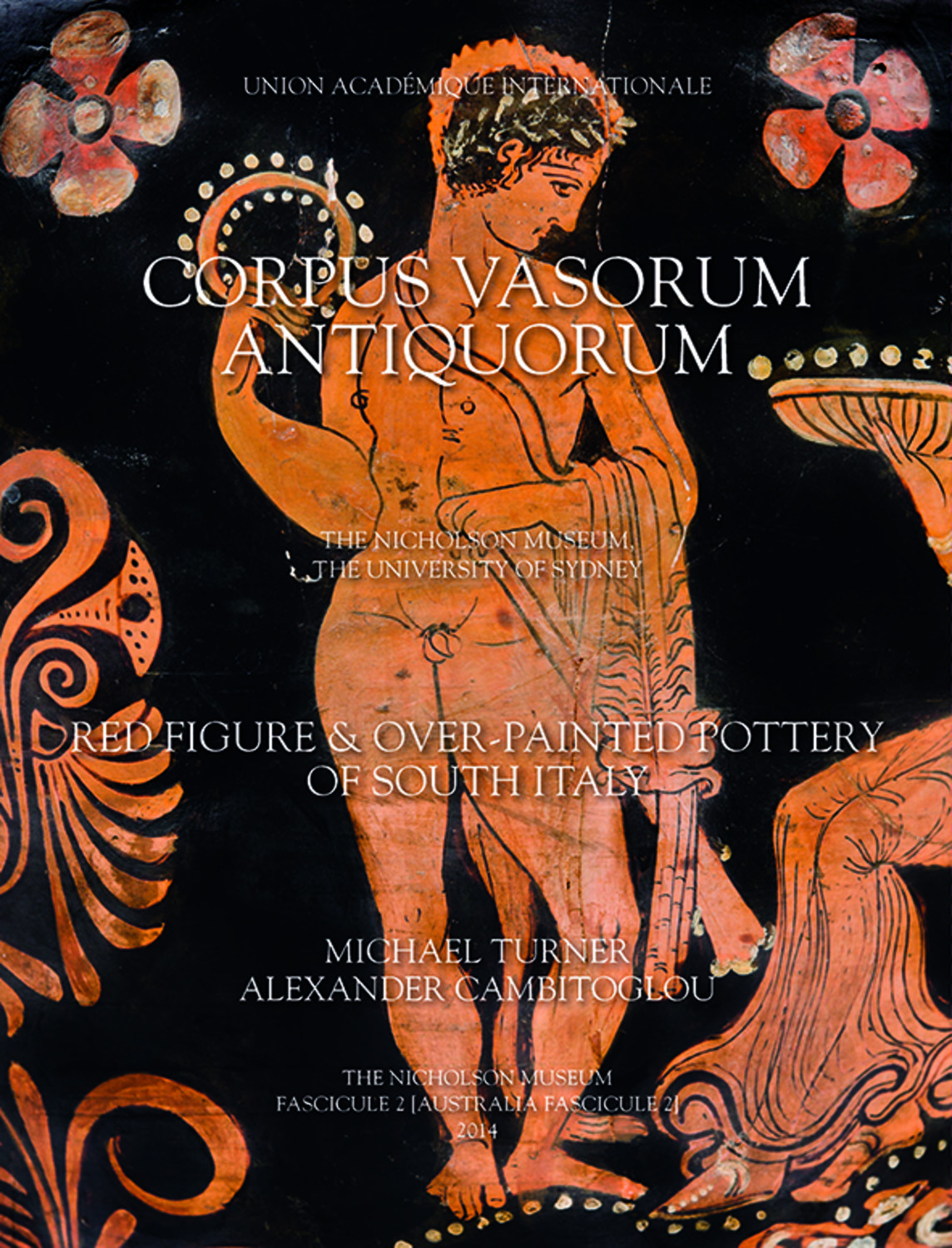 Corpus Vasorum Antiquorum. The Nicholson Museum, The University of Sydney

The Red Figure and Overpainted Pottery of South Italy. Fasc. 2

Established in 1919, The Corpus Vasorum Antiquorum (CVA) series brings together the known holdings of Greek and Italian pottery held in museums and private collections around the world into a standard format. There are now nearly 350 volumes from 26 countries in the series.

This is the second Australian fascicule of the Corpus Vasorum Antiquorum. It comprises sixty-six whole pots and fragments from the South Italian collection of Lucanian, Campanian, Paestan, Sicilian and Gnathian pottery in the Nicholson Museum at the University of Sydney.

The volume includes six pots donated by the museum?s founder Sir Charles Nicholson in 1860, purchased in Italy in 1856-57, as well as thirty-three pots acquired by Dale Trendall, both during his years as curator of the museum (1939-1954) and following his move to Canberra in 1954.

The volume has been written by Michael Turner, Senior Curator of the Nicholson Museum, and Alexander Cambitoglou, Director of the Australian Archaeological Institute at Athens.