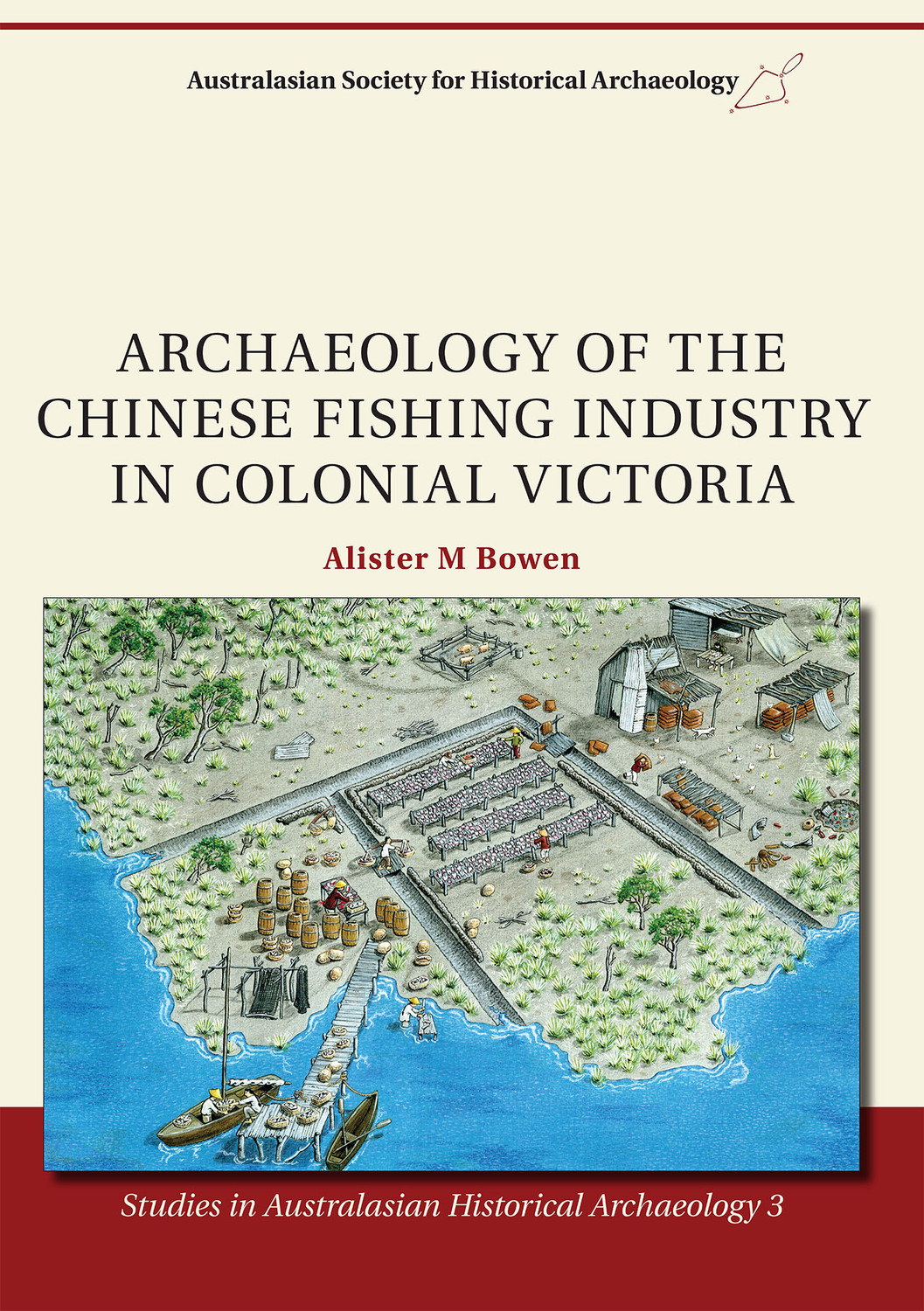 Archaeology of the Chinese Fishing Industry in Colonial Victoria

During the 1850s and 1860s, Chinese immigrants played a major role in the development of the fishing industries in Australia. Prior to their involvement, the industry was hampered by the problems posed by the transportation of fish to market. It was common for whole catches of fish to putrefy before they could reach their destination. The influx of Chinese gold miners, who relied on fish as a dietary staple, increased the demand that prompted the creation of many Chinese fish-curing establishments.

Chinese fish curers in colonial Australia fished but also purchased large quantities of fish, creating a new and reliable market for European fishermen. Fish-curing businesses supplied their compatriots on the goldfields with fresh and cured fish. These establishments, which made sums of money far greater than any European fishing operation, provided hundreds of jobs for both European and Chinese Australians in the fishing industry.

Very few pieces of documentary evidence, along with archaeological records from one colonial-period Chinese fish-curing camp in Victoria, remain. They reveal a fascinating story of how Chinese fish curers successfully dominated Australia's fishing industry; how they lived, worked, organised themselves, participated in colonial society, and the reasons why they suddenly disappeared.

About the series
Conversions
Acknowledgements

'Dixon’s gracious and subtle curation hosts an array of other critics and his arguments are threaded with luminous and illuminating references to Miller’s work. From the earliest pages, Miller and his work are central, as well as the voices of other critics, whose work Dixon hosts within his own.'
Felicity Plunkett   Southerly

'Bowen’s successful integration of historical sources and archaeological materials was best embodied in the conclusion where he crafted a hypothetical experience of a 19th-century visitor to Chinamen’s Point.'
Benjamin Baker   Post-Medieval Archaeology

'Archaeology of the Chinese Fishing Industry in Colonial Victoria is a well-considered, methodical, and eye-opening piece of research. This highly readable, well-illustrated publication provides a fascinating insight into a niche colonial Chinese industry. The cross-disciplinary approach and the various themes explored provide a broad perspective on the topic, and point to a number of avenues for further research into previously under-examined aspects of colonial Chinese participation in Australian economic activities and industries besides gold mining.'
Amy Chan   Historic Environment

'This work was originally a PhD thesis and is a fine example of the need for more monographs in all disciplines, particularly Australian history. Reading Archaeology can only benefit historians. Archaeologists model evidence interpretation in markedly creative and distinctive ways, their conclusions are careful and measured and they must elaborate their theoretical base clearly ... a must for all historians of the late nineteenth century.'
Paula Jane Byrne   Journal of Australian Colonial History

'This highly readable, well-illustrated monograph provides access to the knowledge gained from a very good PhD project ... and highlights the significant role a small specialised sector of the nineteenth century Chinese migrants (the fish curers) played in the development of the Victorian fishing industry.'
Neville Ritchie   Australian Archaeology

'This work is important as it provides the first investigation of the Chinese fishing industry in Australia. Future historical archaeologists can build on Bowen's work in other countries where the Chinese engaged in the fishing during the nineteenth century.'
Linda Bentz   Archaeology in Oceania

‘Bowen's study reveals the critical importance of the Chinese fishing industry to the Victorian fishing industry, and demonstrates that colonial social and economic organisation and cross-cultural interaction is much more complex than is often assumed ... his monograph is essential reading for other scholars of Chinese Australian history.’
Barry McGowan   Australian Historical Studies