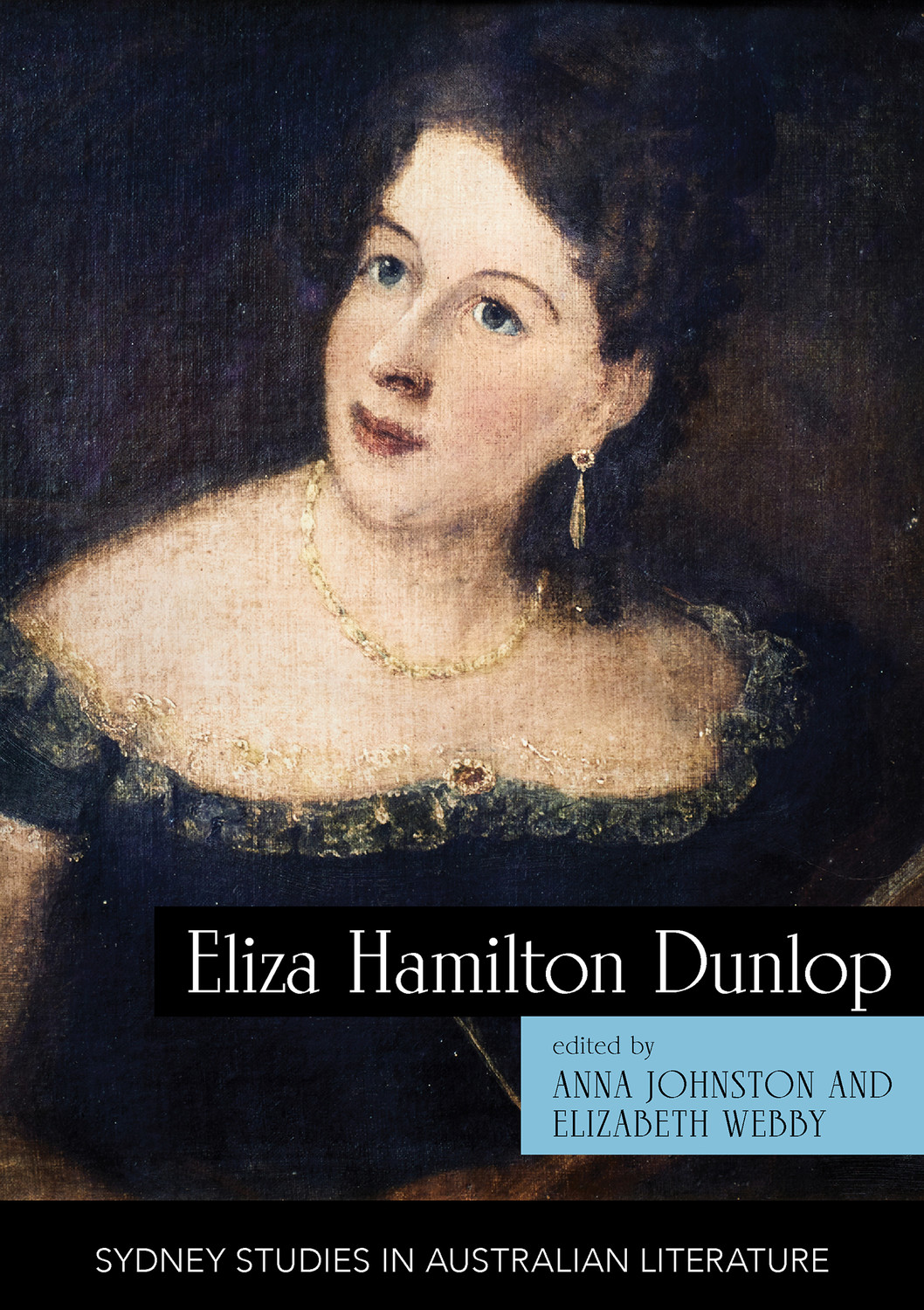 1. “Proud of Contributing Its Quota to the Original Literature of the Colony”: An Introduction to Eliza Hamilton Dunlop and Her Writing, by Anna Johnston and Elizabeth Webby

2. The Poetry of the Archive: Locating Eliza Hamilton Dunlop, by Anna Johnston

3. “Morning on Rostrevor Mountains” and the Making of Eliza Hamilton Dunlop, by Duncan Wu

7. Eliza Hamilton Dunlop, Irish and Colonial Melodist: Her Songs for Music and Collaborations with Isaac Nathan, by Graeme Skinner

8. Unmapping the Mulla: Dunlop and the Villa on Wollombi Brook, by Jim Wafer

9. A Selection of Eliza Hamilton Dunlop’s Poems, by Elizabeth Webby

'A marked feature of the collection is the contributors’ investment in tracing the biographical, literary, political and publication histories of Dunlop’s writing ... [The book is] an invaluable resource for undergraduate and graduate teaching as well as ensuring its contribution not only to studies of Dunlop, but also to future scholarship of colonial women’s writing, global Romanticism, Australian literature, periodical studies and settler-colonial studies.'
Sarah Comyn   Journal of Australian Studies