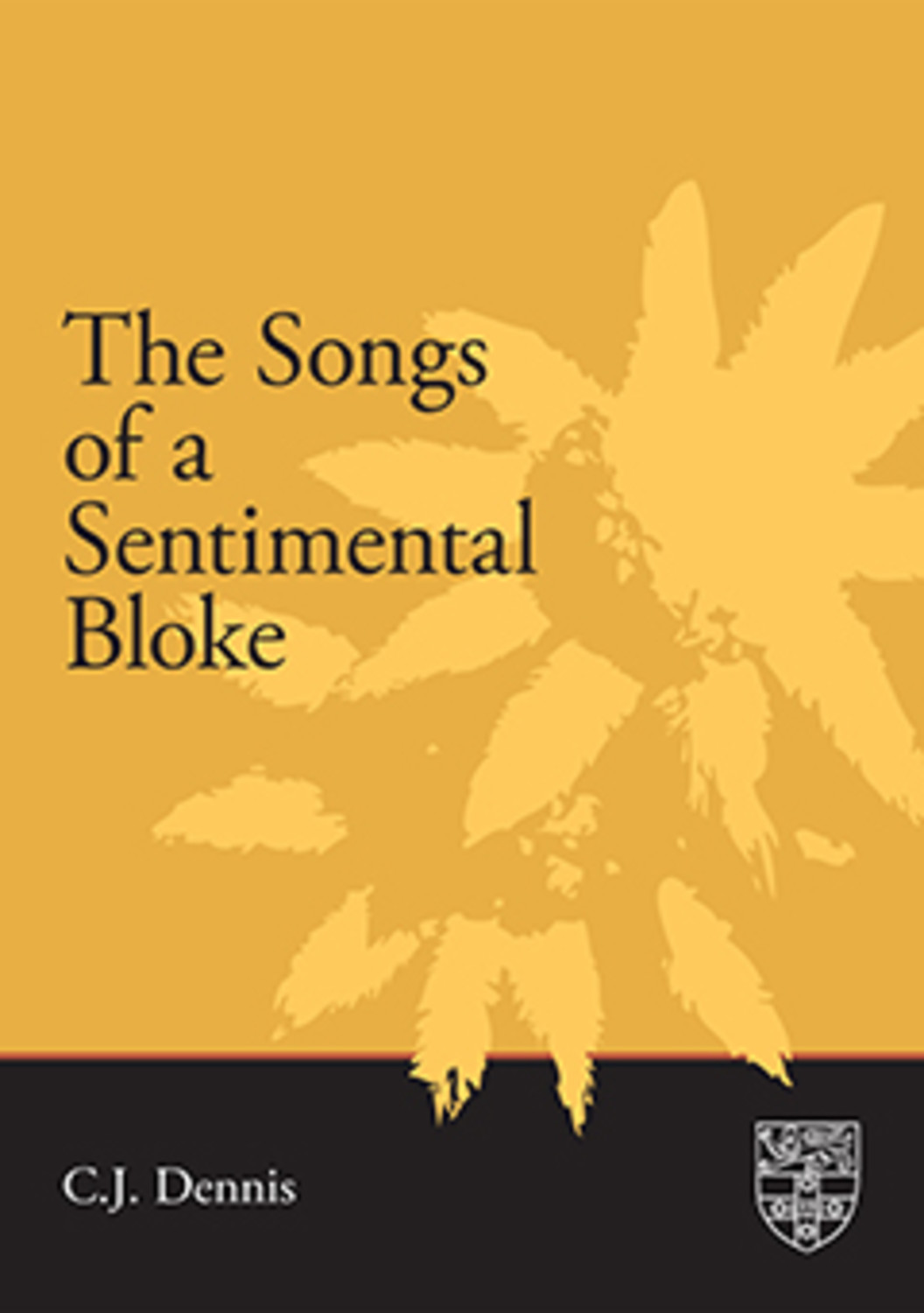 The Songs of a Sentimental Bloke

After its serialisation in the Bulletin between 1914 and 1915, The Songs of a Sentimental Bloke sold more than 100,000 copies in the first five years and became an Australian literary phenomenon. Written from the perspective of ‘The Sentimental Bloke’ himself, the text’s ongoing acclamation is said to be a result of Dennis’ use of Aussie slang. The work’s celebration of Australian larrikinism established Dennis as ‘the laureate of the ANZAC’ with special pocket editions printed for the trenches during the Great War.

Clarence Michael James Dennis (1876–1938) spent his youth moving through a series of rural South Australian townships. He lived a marginal existence as a sporadic journalist in Adelaide and Sydney, subsidising his increasingly large drinking habit with menial jobs. It was 1914 before Dennis became a successful poet in large part due to the popularity of his idiomatic verse form. Recognising the public’s interest, Dennis published several tales that continued on from The Songs of a Sentimental Bloke. As ‘staff-poet’ of the Melbourne Herald from 1922, Dennis married and settled himself in Toolangi in North-East Melbourne.