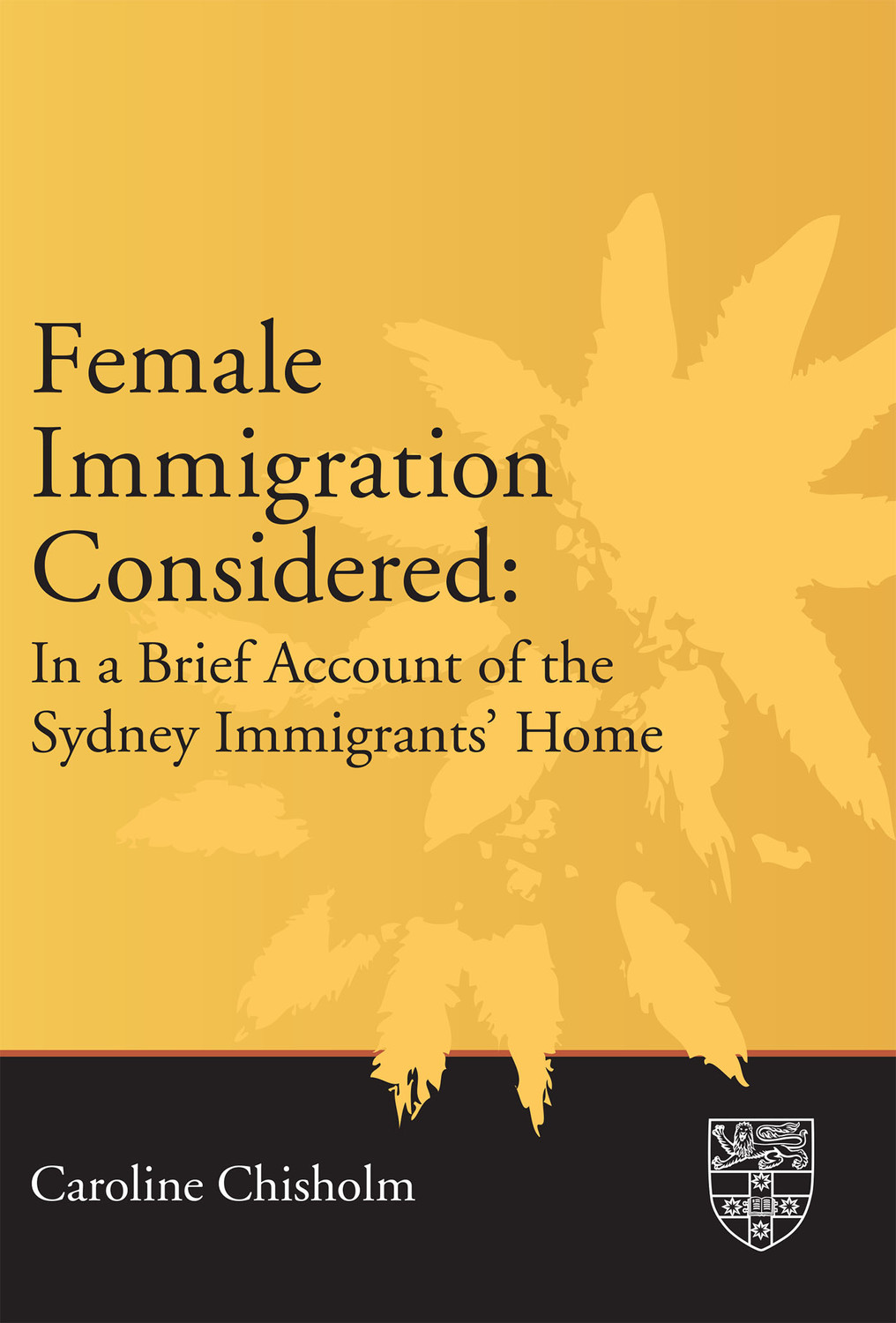 In a Brief Account of the Sydney Immigrants’ Home

Female Immigration Considered, published in 1842, recounts Caroline Chisholm’s first years of activity in the Female Immigrants Home. The aim of her work was to draw public attention towards and effect change in what Chisholm saw as the ‘evils’ of an immigration system that abandoned its subjects.

Caroline Chisholm (1808-1877) was an English humanitarian and writer who worked with female immigrant welfare in Australia.

Female immigration: to the reverend clergy of Australia
Letters
Appendix
Gifts of gratitude
To the Immigration Board