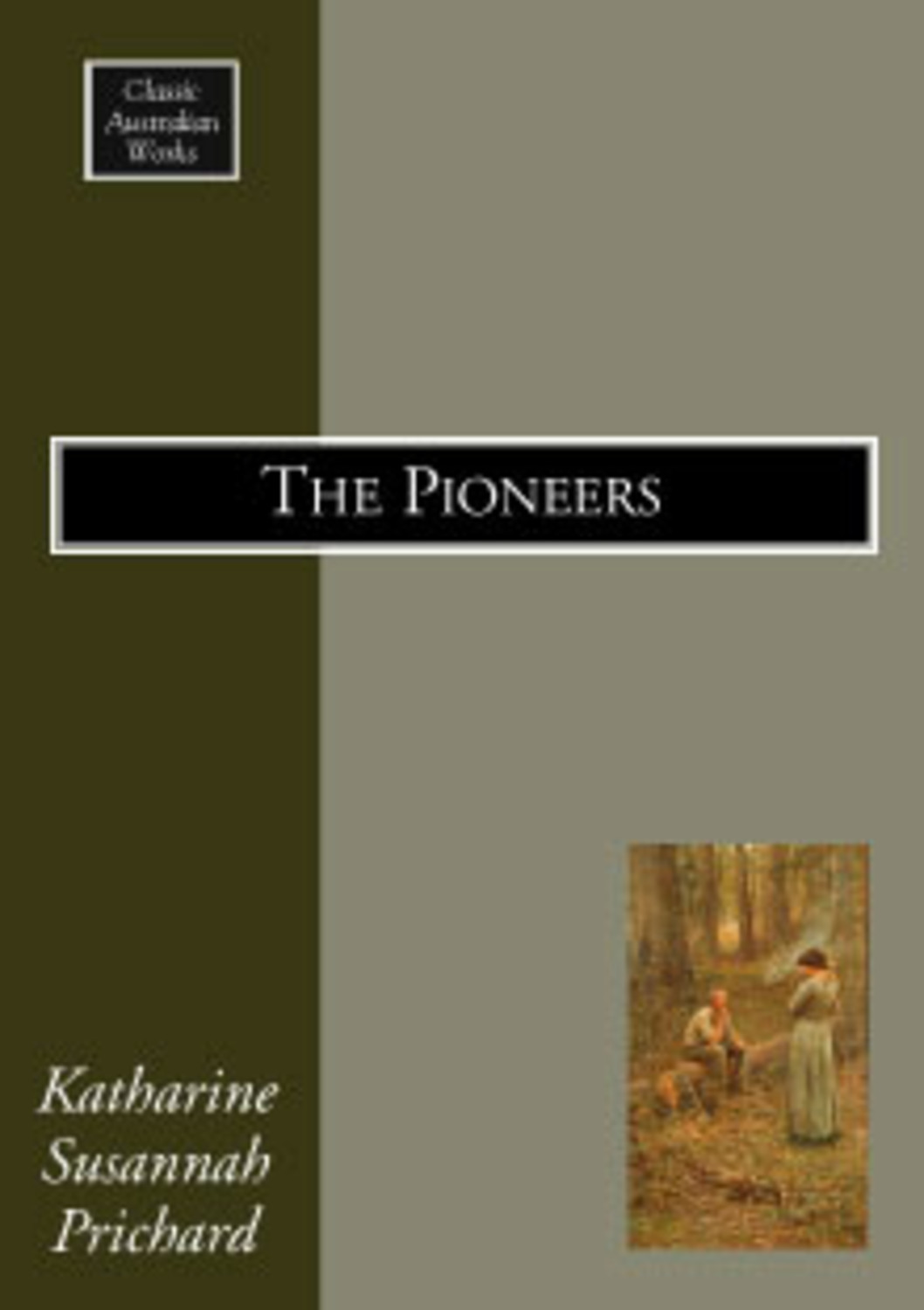 Share on Facebook Tweet on Twitter Email
The Pioneers won the Hodder and Stoughton All Empire Literature Prize for Australasia in 1915, giving its author one thousand pounds and the opportunity to launch her career as a creative writer. The book is set in Gippsland and based on the author's experiences from her time there.

Katharine Susannah Prichard was born in Fiji, where her father was editor of the Fiji Times, in 1883, and grew up in Melbourne and Launceston. After matriculation, she was briefly a governess in Gippsland and Broken Hill before travelling back and forth to London. In 1919, she married Gallipoli veteran Hugo (Jim) Throssell, VC, whom she'd met in a London convalescent hospital, and settled in Perth. Jim Throssell killed himself in 1933. Katharine was a founding member of the Australian Communist Party in 1920. Her son, Ric, was born in 1922. Katharine was nominated for the Nobel Prize in Literature in 1951. In addition to her many novels, Katharine also wrote short stories, drama, autobiography and poetry. She continued both political work and writing almost to her death in Perth in 1969.
Tags: Australian classics, Classic Australian Works, Katherine Susannah Prichard
Format: paperback
Size: 210 × 148 × 13 mm
240 pages
ISBN: 9781920897055
Publication: 01 Dec 2003
Series: Classic Australian Works