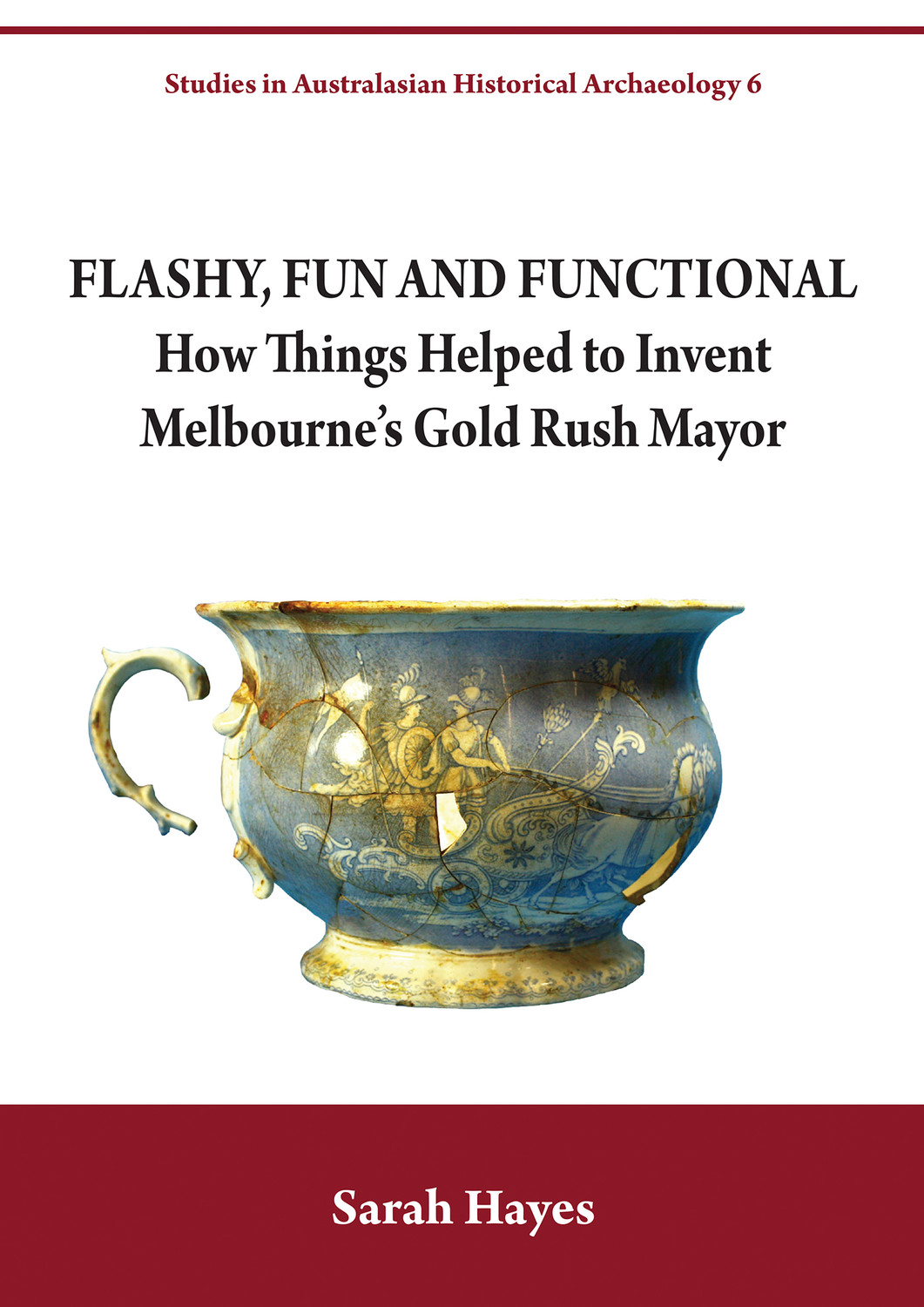 Buy ebook: Google Play Kindle iBookstore
Share on Facebook Tweet on Twitter Email
Against the backdrop of embryonic Melbourne, John Thomas Smith left behind his currency roots to become an influential member of society. A widely recognised figure about town smoking a cutty pipe and wearing a white top hat, in 1851 he became Lord Mayor of Melbourne; he went on to be re-elected seven times. His scandalous marriage to the daughter of an Irish Catholic publican, however, and his awkwardly appropriated gentility, made him unpopular with certain sections of society. From 1849 to 1860 Smith and his family occupied 300 Queen Street, Melbourne, one of the first true residential townhouses in the city. Flashy, Fun and Functional: How Things Helped to Invent Melbourne’s Gold Rush Mayor explores the things they left behind.

Excavations at the site in 1982 by Judy Birmingham and Associates uncovered a rich and important archaeological record of the Smiths’ lives in the form of a cesspit rubbish deposit. The recovered artefacts can be used to examine the distinctive way the Smith family used material culture to negotiate their position in colonial society. Popular decoration styles and expensive materials suggest the family’s efforts to secure their newly obtained social status. The artefacts evoke the turmoil, volatility and opportunity of life in the first decades of the colony at Port Phillip. They provide an example of the possibility of social mobility in the colony, but also of the challenges of navigating the customs of a newly forming society.
Tags: Archaeology, Sarah Hayes, Studies in Australasian Historical Archaeology

'[Hayes] sets out to establish what these different middle-class levels might look like in the archaeological record. She delivers on this aim by providing an interpretation of an aspirational early immigrant assemblage that is 'more grandiose and showy' than assemblages associated with either the established middle-class or the working class ... an important contribution to Australian historical archaeology that improves our understanding of class structure in the 19th century.'
Pamela Ricardi   Australasian Historical Archaeology