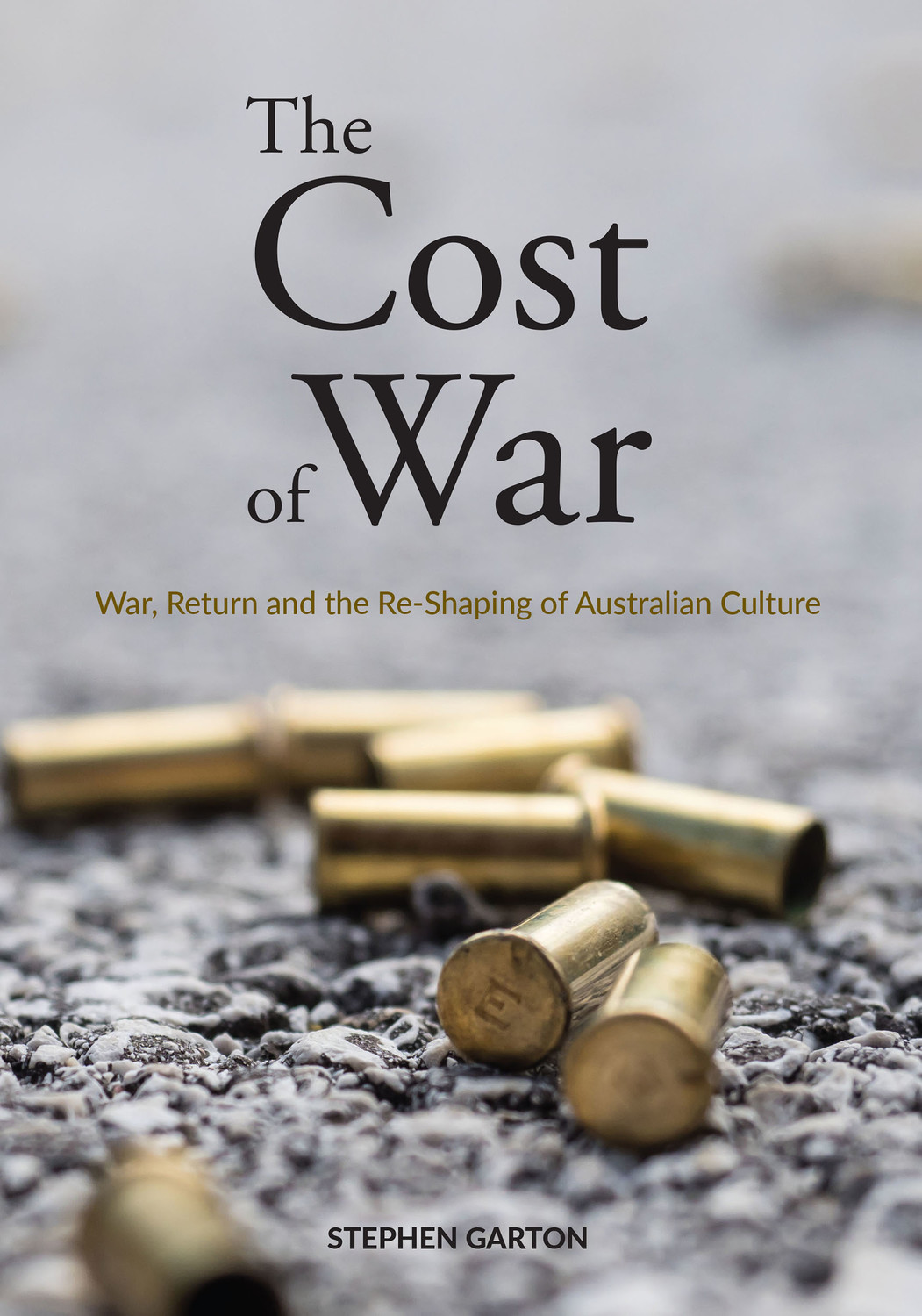 The Cost of War

War, Return and the Re-Shaping of Australian Culture

War has shaped Australian society profoundly. When we commemorate the sacrifices of the Anzacs, we rightly celebrate their bravery, but we do not always acknowledge the complex aftermath of combat.

In The Cost of War, Stephen Garton traces the experiences of Australia’s veterans, and asks what we can learn from their stories. He considers the long-term effects of war on returned servicemen and women, on their families and communities, and on Australian public life. He describes attempts to respond to the physical and psychological wounds of combat, from the first victims of shellshock during WWI to more recent understandings of post-traumatic stress disorder. And he examines the political and social repercussions of war, including debates over how we should commemorate conflict and how society should respond to the needs of veterans.

When the first edition of The Cost of War appeared in 1996, it offered a ground-breaking new perspective on the Anzac experience. In this new edition, Garton again makes a compelling case for a more nuanced understanding of the individual and collective costs of war.

'[This book] should definitely be booklisted for Years 9-12 History teachers and put in school libraries as a reference book for students to read so they can better understand the multifaceted cost of war.'
Sophia Marsden-Smith   Agora: History Teachers' Association of Victoria

Garton’s analysis of the process of remembering the war at personal, institutional and national levels is incisive. His account of the development and administration of the repatriation system is a model of enquiry. The chapters on soldier settlement, shellshock, re-entry to life at home and prisoners of war are informative and saddening.
Mike O'Brien   Royal United Services Institute of Victoria Library

'The Cost of War is a masterful book, a tour de force written by a scholar of the highest order ... This is a book that speaks to Australia. Garton’s material is superbly organised, clearly written, insightful and wise. He writes with great understanding and compassion for the servicemen and women who fought and died for Australia, while not shying away from difficult, at times, darker aspects.'
Braham Dabscheck   The Newtown Review of Books

'Written with admirable balance, insight, and imagination, The Cost of War deserves a wide audience … Garton details the ongoing contest within Australian society over the meaning of warfare and individual sacrifice … It is a provocative, insightful, and highly recommended study.'
Robert J. McMahon   Journal of American History

'The cost of war is borne by individuals, families, especially successive generations of Australian women, and broader society. We have a deeper and far more nuanced appreciation of these realities as a result of this book.'
Stephen Loosley   The Australian

'Stephen Garton’s book is a long-awaited and very thorough study of the cost of war to Australian society … It will be an important addition to an area in which there is a paucity of published material.'
Carolyn Newman   Labour History