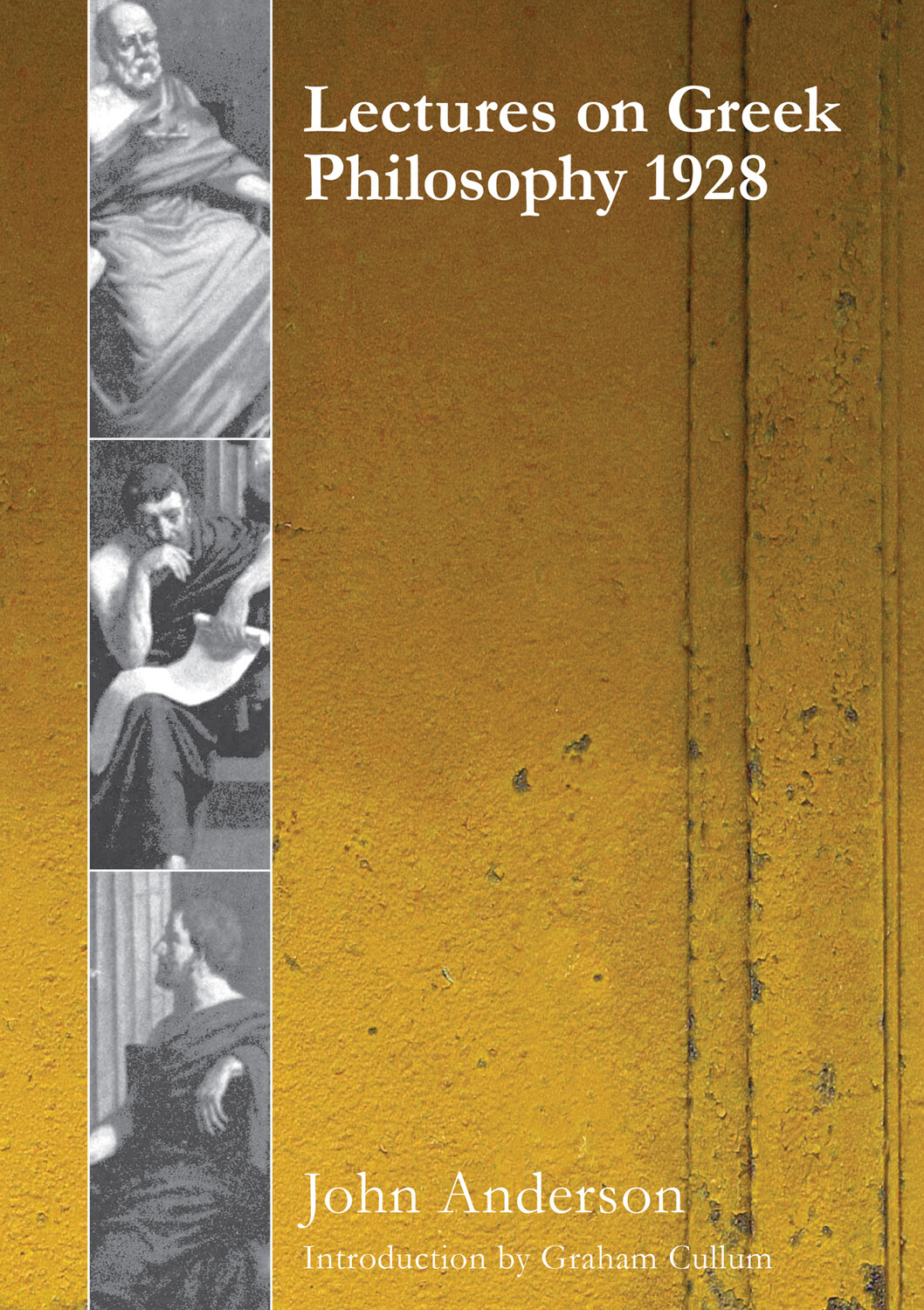 The Lectures on Greek Philosophy of 1928 are among the earliest lectures we have of John Anderson's, delivered in the year following his arrival in Sydney in 1927. In these teachings he closely and critically followed John Burnet's classic work Early Greek Philosophy.

Anderson's complete course covered the pre-Socratics extensively before progressing to the Socratic Dialogues and Aristotle. The study of Greek Philosophy for Anderson provided an important corrective to the attitudes and forms of inquiry dominating modern philosophy.

The study of Greek philosophy was essential to Anderson because the Greeks ‘are far clearer on many questions than modern philosophers...they avoid many modern errors, and especially... they are not, like the moderns, obsessed with “the problem of knowledge”... they do not set out to discover (that is to say, to know!) how, or how much, we can know, before they are prepared to know anything.’

Modern philosophers need to return to ‘the Greek consideration of things,’ to finally abandon epistemology as ‘an intrusion of mind into logic and of a false logic into psychology’ and accept the direct common sense realism of the Greek philosophers.

Foreword to the John Anderson series
Introduction
Note on the text