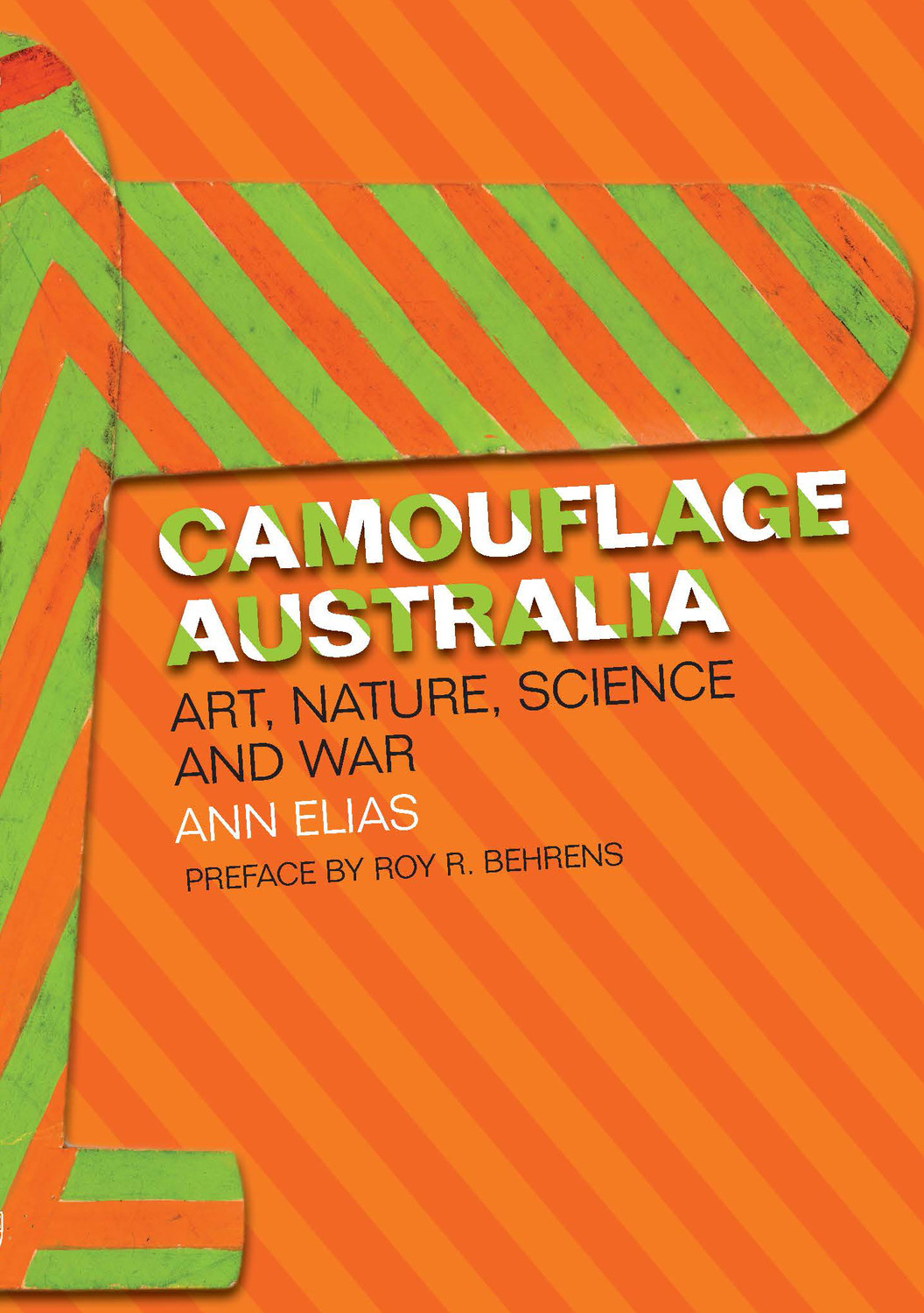 In 1939 a group of artists, designers, architects, scientists and military experts met in Sydney, Australia, to discuss the impending war. Convinced that the need for regional innovations in the military science of concealment and deception was urgent, they nominated a zoologist to lead a campaign to camouflage Australia.

Camouflage Australia tells a once secret and little known story of how the Australian government accepted the advice of zoologist William John Dakin and seconded the country's leading artists and designers, including Max Dupain and Frank Hinder, to deploy optical tricks and visual illusions for civilian and military protection. Their work was an array of ingenious constructions for the purpose of disguise and subterfuge. Drawing on previously unpublished photographs and documents, Camouflage Australia exposes the story of fraught collaborations between civilian and military personnel who disagreed over camouflage's value to wartime operations and the usefulness of artists to warfare.

In this engrossing book, Ann Elias provides international context for the historical circumstances and events of the organisation of camouflage in World War II in Australia and the Pacific region. She elaborates on the parallel involvement of British and American artists in the field of concealment and deception, and reveals the widespread interest shown by western naturalists and scientists in the application to warfare of the behaviours and aesthetics of animals.

Camouflage Australia, by redressing the near invisible contribution of Australian artists and designers to defence in World War II, makes a major contribution to the history of art and to the history of Australia. Importantly, by discussing how citizens dutifully transformed themselves into servants of the war enterprise as camouflage labourers, camouflage designers and camouflage field officers, the author provides a valuable historical perspective for the 21st century, when ethical conflicts and moral struggles dominate debates on war participation. And camouflage itself, even in an age of nuclear warfare, retains many of its historical methods and controversies.

Ann Elias is an associate professor in visual arts at the University of Sydney.

Roy R. Behrens is a professor of art and Distinguished Scholar at the University of Northern Iowa.

'Elias’s book is a masterful account, not just of Dakin’s brilliant comparisons between animal camouflage and military camouflage but how his small unit made significant contributions to the Australian war effort by its skills in making the visible invisible. The book is an excellent example of interdisciplinary research, revealing highly productive case of interdisciplinary practice.'
Philip Goad   Fabrications: The Journal of the Society of Architectural Historians, Australian and New Zealand

'Camouflage Australia is an eloquent work. But Ann Elias gives us much more than a hidden history of artists, scientists and soldiers. She tells us about the contest of knowledge in modern Australia, and provides an insight into the contested domain of civil–military relations.'
Ben Wadham   Journal of Sociology

'They reflect the conundrum that artists faced in war, torn between focus on beauty and abject war. Elias argues that their histories show that camouflage and art were mutually informing ... Her book pays tribute to their efforts in this context. Inspiring in terms of creativity and heroism alike.'
Eileen Chanin   Journal of the Royal Australian Historical Society

'Elias's cross-disciplinary approach of bringing together art, science and psychology in the pursuit of disguise and concealment in the military context is refreshing.'
Catherine Speck   Australian Historical Studies

‘Elias’ invaluable work in presenting a complete history of this almost forgotten chapter in the history of artistic contribution to Australian life is a lively blend of science and art. … This snapshot of the Camouflage Unit in the last years of the war is not only interesting as a history of a highly specialised artistic practice and of the wartime activity of a number of significant Australian artists, but more importantly it reshapes our understanding of the importance of creative thinking when applied to problems in the wider sphere of social engagement.'
Ted Snell   Eyeline: Contemporary Visual Arts Magazine

‘Elias’ book is not only a major contribution to the understanding of this form of defensive warfare but is also a significant contribution to the history of art … It is recommended for anyone who is interested in the tactic of invisibility, as well as anyone interested in tactical manoeuvres. In my view, this text fills a void that has long existed in the subject literature – and fills it with distinction.’
Hank Prunckun   Australian Defence Force Journal

Back to Roy R. Behrens