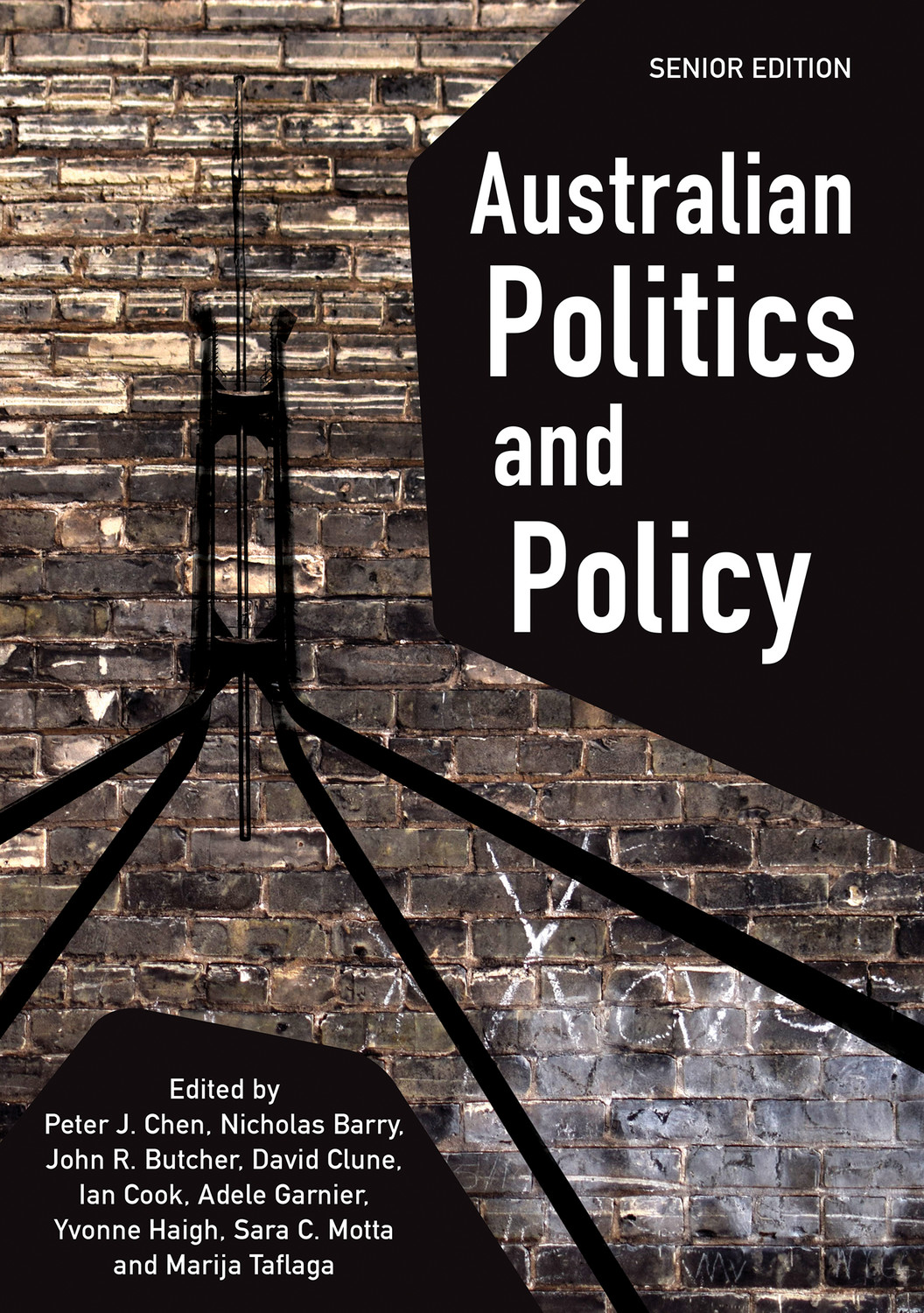 The first completely customisable, open access textbook on Australian politics, Australian Politics and Policy provides a unique, holistic coverage of politics and public topics for use in junior and senior university courses. With an online database of 40 chapters, the book innovatively enables instructors to compile a bespoke edition to suit their teaching needs, or to include individual chapters in course readers.

Each chapter was subject to anonymous and rigorous peer-review to ensure the highest standards. The textbook comes with additional teaching resources including review questions and lecture slides.

The senior edition is aimed at later year undergraduate and Master’s students.

Sara C. Motta is a mother, critical political theorist, poet, popular educator and Associate Professor in Politics and Political Economy, based in the Discipline of Politics and International Relations at the Newcastle Business School, University of Newcastle, Australia. She is currently facilitating a number of activist-scholar research projects including ‘La Politica de Maternidad’ with militant mothers and grandmothers in Australia, Colombia and Brazil. She has published over 40 academic articles, two edited books and is the author of Constructing Twenty first Century Socialism in Latin America: The Role of Radical Education (2014), and Liminal Subjects: Weaving (Our) Liberation (2018).

Dr Adele Garnier is a Lecturer in the Department of Modern History, Politics and International Relations, Macquarie University. Her research and teaching focuses on immigration and refugee policy in comparative perspective. She is the co-editor of Refugee Resettlement: Power, Politics and Humanitarian Governance (2018, with Liliana L. Jubilut and Kristin B. Sandvik).

David Clune OAM was for many years the Manager of the NSW Parliament's Research Service and the Parliament's Historian. Dr Clune has written extensively about NSW politics and history. He is the editor (with Michael Hogan) of The People's Choice: Electoral Politics in Twentieth Century NSW (2001), author (with Gareth Griffith) of Decision and Deliberation: The Parliament of NSW, 1856-2003 (2006), editor (with Ken Turner) of The Premiers of NSW, 1856-2005 (2006) and The Governors of NSW, 1788-2010 (2009), and author of Inside the Wran Era: the Ron Mulock Memoirs (2015). He was awarded the Centenary of Federation Medal in 2001 and the Order of Australia Medal in 2011.

Ian Cook teaches Australian politics, political philosophy and media politics at Murdoch University. He is the co-author/editor of three texts on Australian politics (Government and Democracy in Australia, Contemporary Australian Politics and Keywords in Australian Politics). His more recent work has been a series of articles, written with Greg Thompson, on Deleuze and Deleuze and Guattari on teaching and education policy in contemporary capitalist society.  He does weekly radio commentary on international politics on ABC Regional radio in Western Australia, as well as serving as an expert commentator for a variety of media outlets.

Dr John Butcher has adjunct appointments as an ANZSOG Research Fellow in the School of Politics and International Relations at the Australian National University, and as a research fellow in the John Curtin Institute of Public Policy within the Curtin Business School at Curtin University. His principal research focuses on the relationship between government and the not-for-profit sector. He is co-editor (with David Gilchrist) of The Three Sector Solution (2016) and co-author (with John Wanna and Ben Freyens) of Policy in Action (2010).

Dr Nicholas Barry is a Lecturer in the Department of Politics and Philosophy at La Trobe University. His research and teaching interests are in political theory, political institutions, and Australian Politics. He is currently working on a number of projects relating to contemporary theories of egalitarian justice, the dynamics of constitutional conventions, and institutional change in Australia.

Dr Yvonne Haigh is a senior lecturer in Policy and Governance at Murdoch University; and Chair of the Policy and Management program at the Sir Walter Murdoch School of Public Policy and International Affairs. Yvonne has expertise in teaching and research across broad areas of public policy and management. Her text: Public Policy in Australia: theory and practice (OUP 2012) is used across Australia and Asia as the key public policy text for both undergraduate and post graduate teaching. Dr Haigh’s research cover policy development, public sector ethics, public sector corruption, education policy, housing redevelopment, youth crime, and citizenship.

' ... the scale of collaboration is significant - so is the technological savvy. The platform for the digital textbook uses the information architecture built for a new Sydney University Press platform ... '
Australian Publishers Association


Back to Dr David Clune OAM