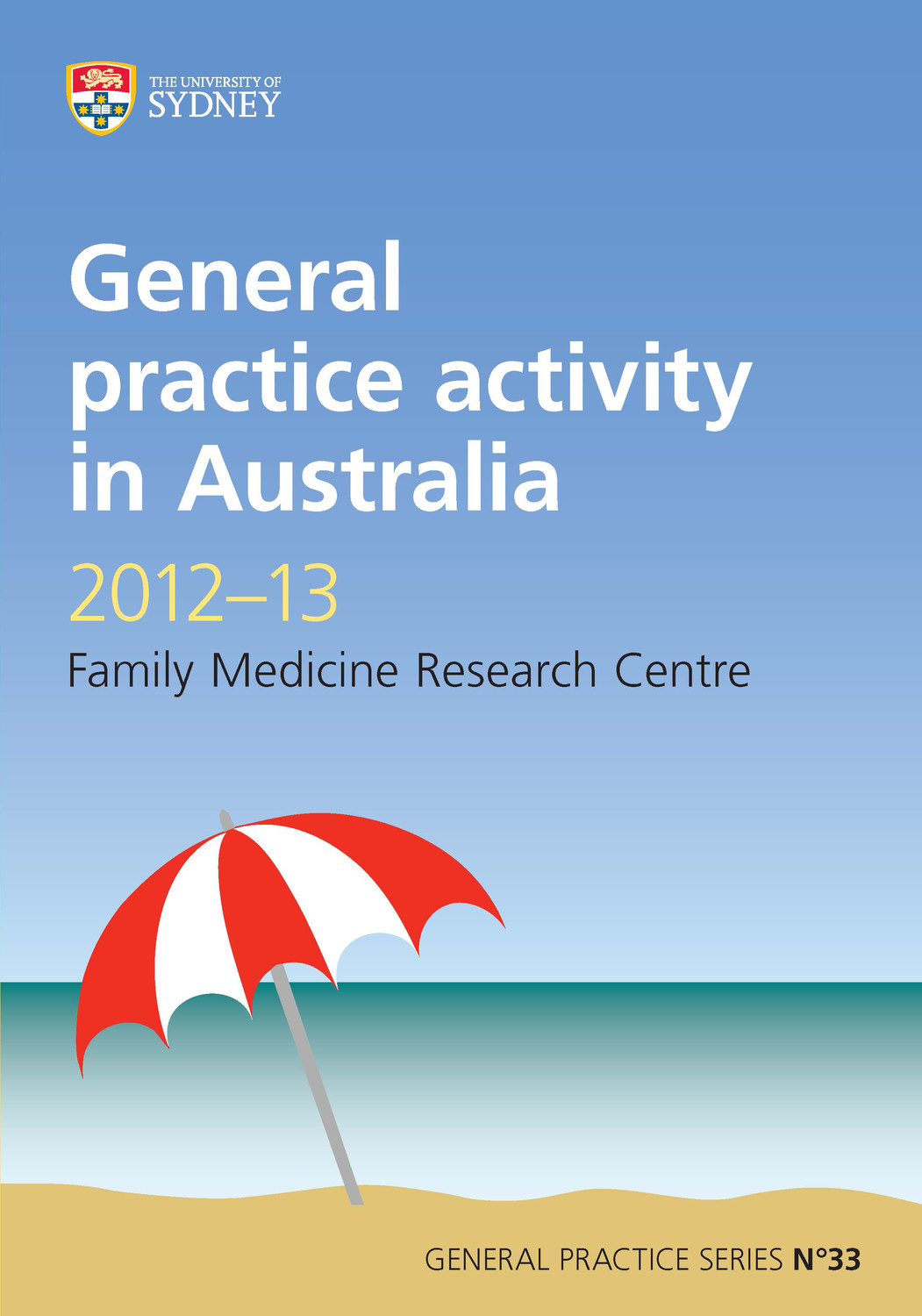 The book provides a summary of results from the 15th year of the BEACH program, a continuing national study of general practice activity in Australia.

From April 2012 to March 2013, 978 general practitioners recorded details about 97,800 GP-patient encounters, at which patients presented 152,278 reasons for encounter and 152,517 problems were managed. For an 'average' 100 problems managed, GPs recorded: 66 medications (including 54 prescribed, six supplied to the patient and six advised for over-the-counter purchase); 11 procedures; 24 clinical treatments (advice and counselling); six referrals to specialists and three to allied health services; orders for 30 pathology tests and seven imaging tests.

A companion publication, A Decade of Australian General Practice Activity 2003-04 to 2012-13 is also available.

Clare Bayram is a research fellow at the Family Medical Research Centre at the University of Sydney, and project manager of the BEACH program.