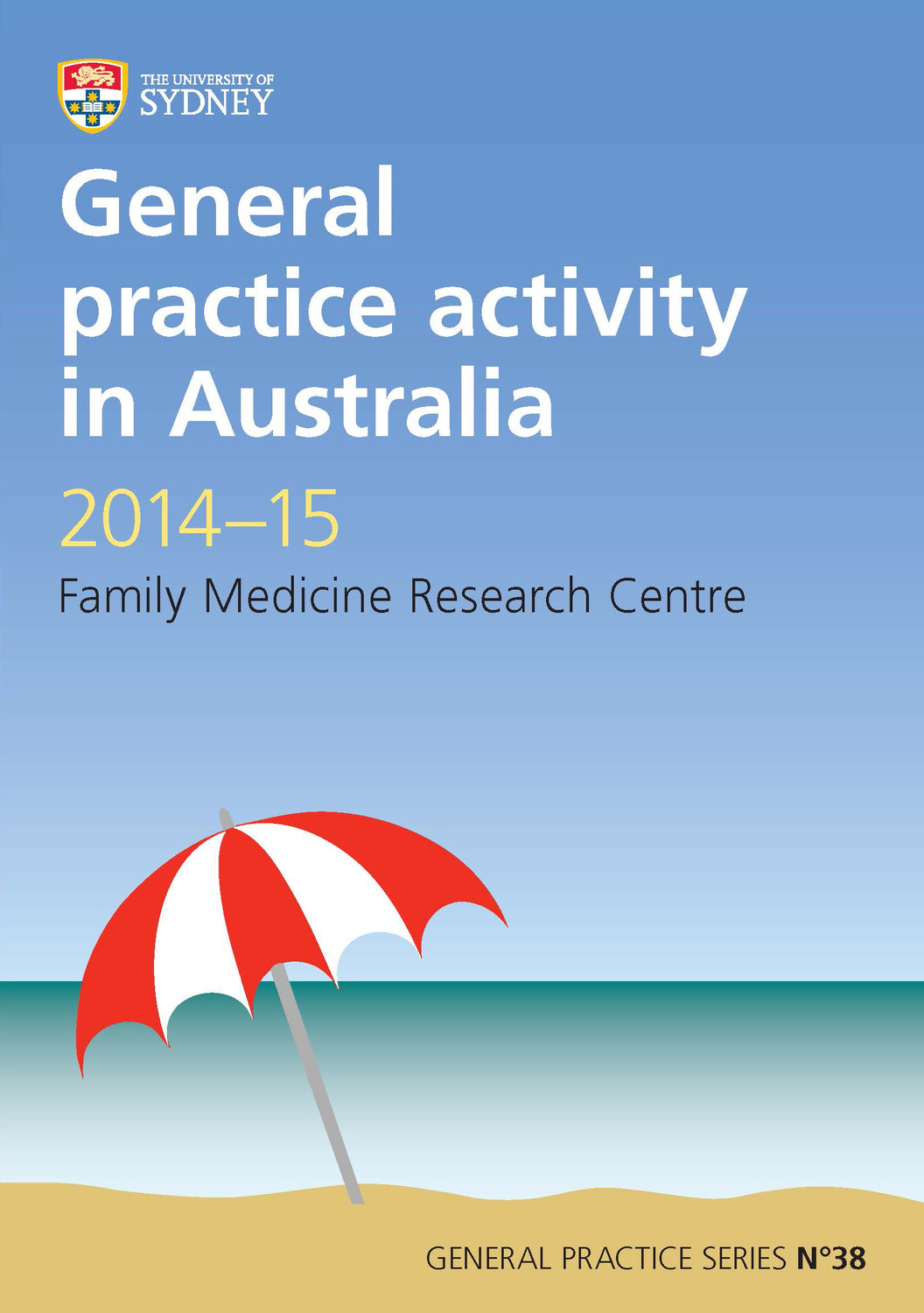 This book provides a summary of results from the 17th year of the BEACH program, a continuous national study of general practice activity in Australia.

From April 2014 to March 2015, 995 general practitioners recorded details of 99,500 GP–patient encounters, at which patients presented 151,636 reasons for encounter and 153,133 problems were managed. For an 'average' 100 problems managed, GPs recorded: 66 medications (including 55 prescribed, 5 supplied to the patient and 6 advised for over-the-counter purchase); 11 procedures; 22 clinical treatments (advice and counselling); 6 referrals to specialists and 3 to allied health services; 30 orders for pathology tests and 7 imaging tests.

A subsample study of measured risk factors in more than 31,000 patients suggests that in the adult (18 years and over) population who attended general practice at least once in 2014–15 the prevalence of obesity was 27 per cent, overweight was 34 per cent, daily smoking was 17 per cent, and at-risk alcohol consumption was 26 per cent. One in four people in the attending population had at least two of these risk factors.

This book also contains a feature chapter examining changes in the care of older people (aged 65 years or more) in general practice over the 15 years 2000–01 to 2014–15.

A companion publication, A Decade of Australian General Practice Activity 2005-06 to 2014-15 is also available.