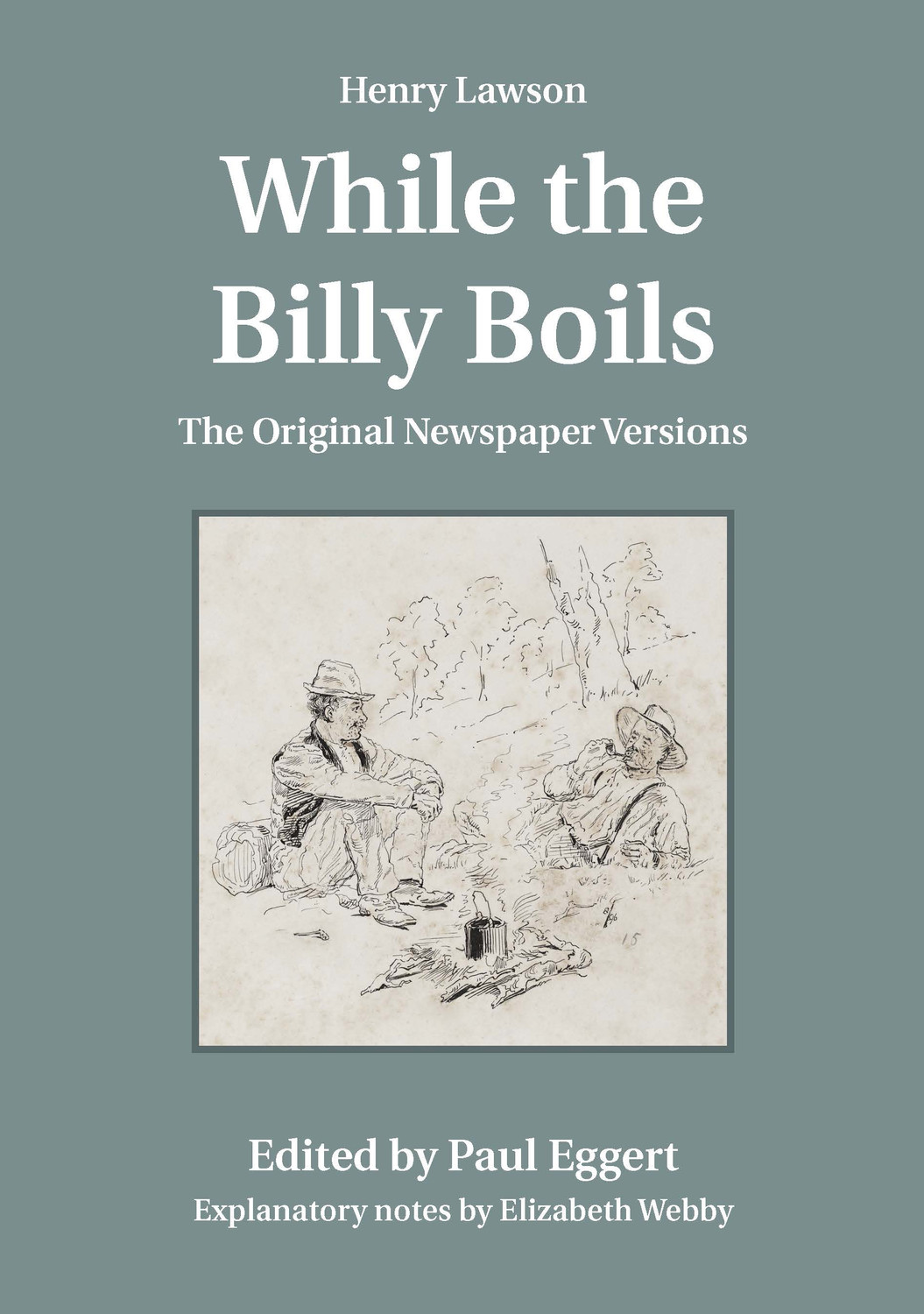 While the Billy Boils

Edited by Paul Eggert and notes by Elizabeth Webby

Fifty-two of Henry Lawson's stories and sketches that he had first published in newspapers and magazines from 1888 onwards were gathered in his collection While the Billy Boils (Angus & Robertson, 1896). Lawson was not responsible for their ordering and he had to give ground on their texts, especially on his idiosyncratic presentation of wordings that helped to breathe life into his characters and situations. The present edition dismantles the fait accompli of 1896 by presenting the individual items in the chronological order of their first publication and with their original newspaper texts. This will allow a new appreciation of Lawson's writing, one that is attentive to his developing powers.

The edition also facilitates a close study of Lawson's collaboration with the producers of the collection in 1896, in particular with his copy-editor Arthur W. Jose and publisher George Robertson. Facsimile images (available online) of the printer's copy that they prepared for While the Billy Boils supplement the edition's listing of the alterations that each of them made, revealing the textual history of each story or sketch.

Preface
Abbreviations
Introduction
Note on the texts
Note on equivalences

While the Billy Boils: the original newspaper versions in chronological order

'Reading this was for me a revelation. The text of the stories as first printed in newspapers has been restored. ‘[T]he accretions, intentions and sequencing of the 1896 book’ are stripped away ‘rather than treating them as the inevitable climax of a literary revolution’. The changes to the text over the years are charted, and the reader is directed to the University of Sydney’s e-scholarship website or to the State Library of New South Wales’ website, where digitised images of the printer’s copy with its various changes, deletions, and additions may be scrutinised.'
Paul Brunton   Australian Book Review

'Eggert reveals in fascinating detail the editing, design and production of While the Billy Boils and captures the personality of visionary publisher and canny businessman George Robertson, whose saturation publicity campaign resulted in more than 250 reviews, including a significant number in Britain.'
Craig Munro   Spectrum

Back to Paul Eggert