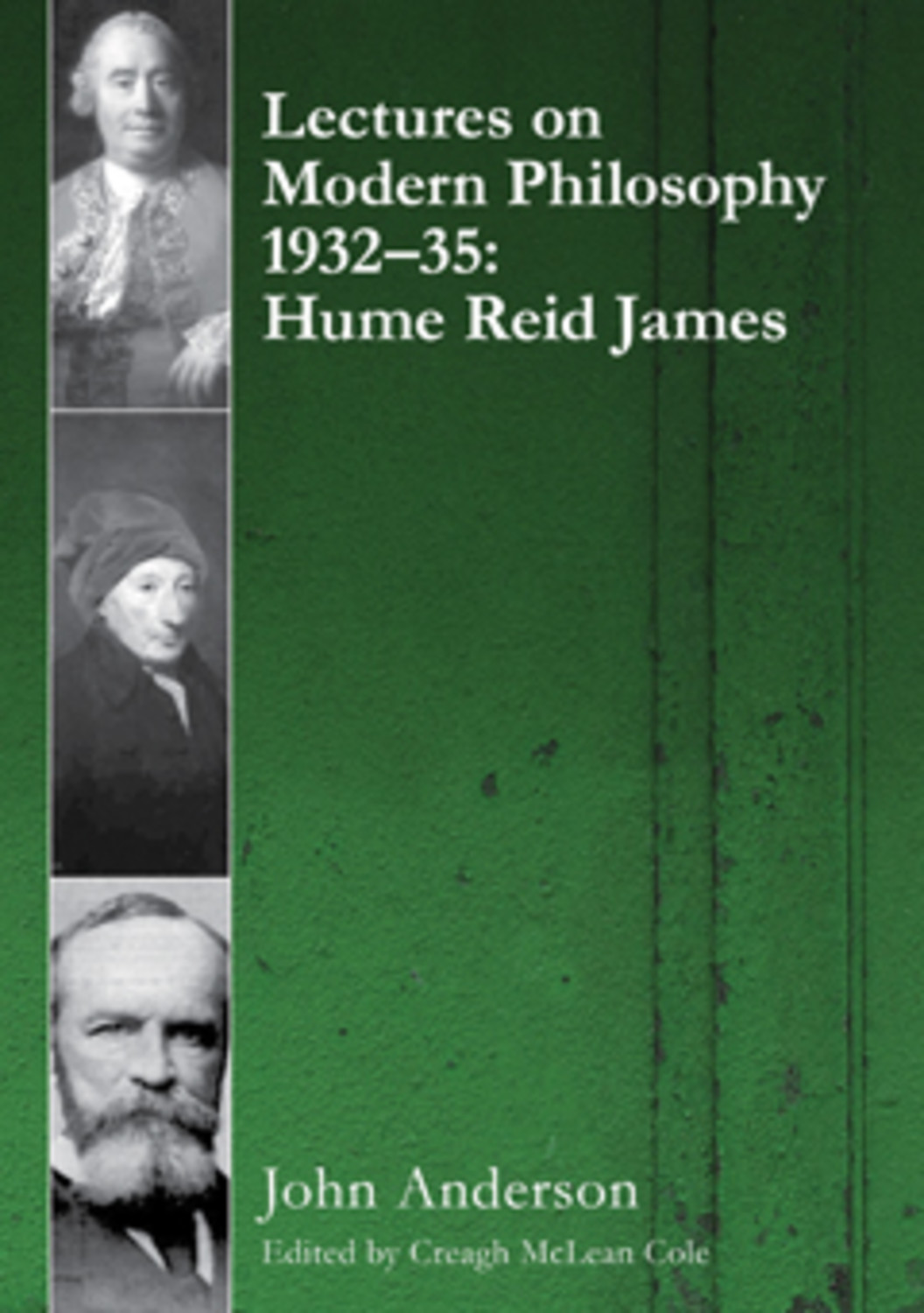 These lectures from the 1930s on David Hume, Thomas Reid and William James trace the development of John Anderson's empirical realism, helping to distinguish his position from "English" empiricism, Scottish commonsense and direct realism, radical empiricism and pragmatism. They also demonstrate Anderson's approach to the study of the history of philosophy.

The lectures on David Hume place Anderson in direct opposition to his teacher and colleague at Edinburgh, Norman Kemp Smith, who heavily influenced the direction of Hume studies in the twentieth century. The lectures on Thomas Reid are unique in Anderson's works in addressing this seminal figure in the Scottish philosophical tradition, providing background reflections upon his own theory of mind as feeling, and arguing for the critical importance of Freud for contemporary philosophical realists. The lectures on William James offer a final accounting with this major American influence on Anderson's early philosophical development.

For Anderson there can be no reconciliation between rationalism and empiricism. The view of the development modern philosophy as an emerging synthesis of these competing epistemological positions must be rejected. Rationalism is a persistent source of philosophical error and the philosophies of the so-called "empiricists" are fundamentally weakened by their rationalist assumptions. The very idea of providing a foundation for knowledge in notions of self-certainty represents an inherently rationalist project and must be rejected by any truly empiricist philosophy.

Back to John Anderson