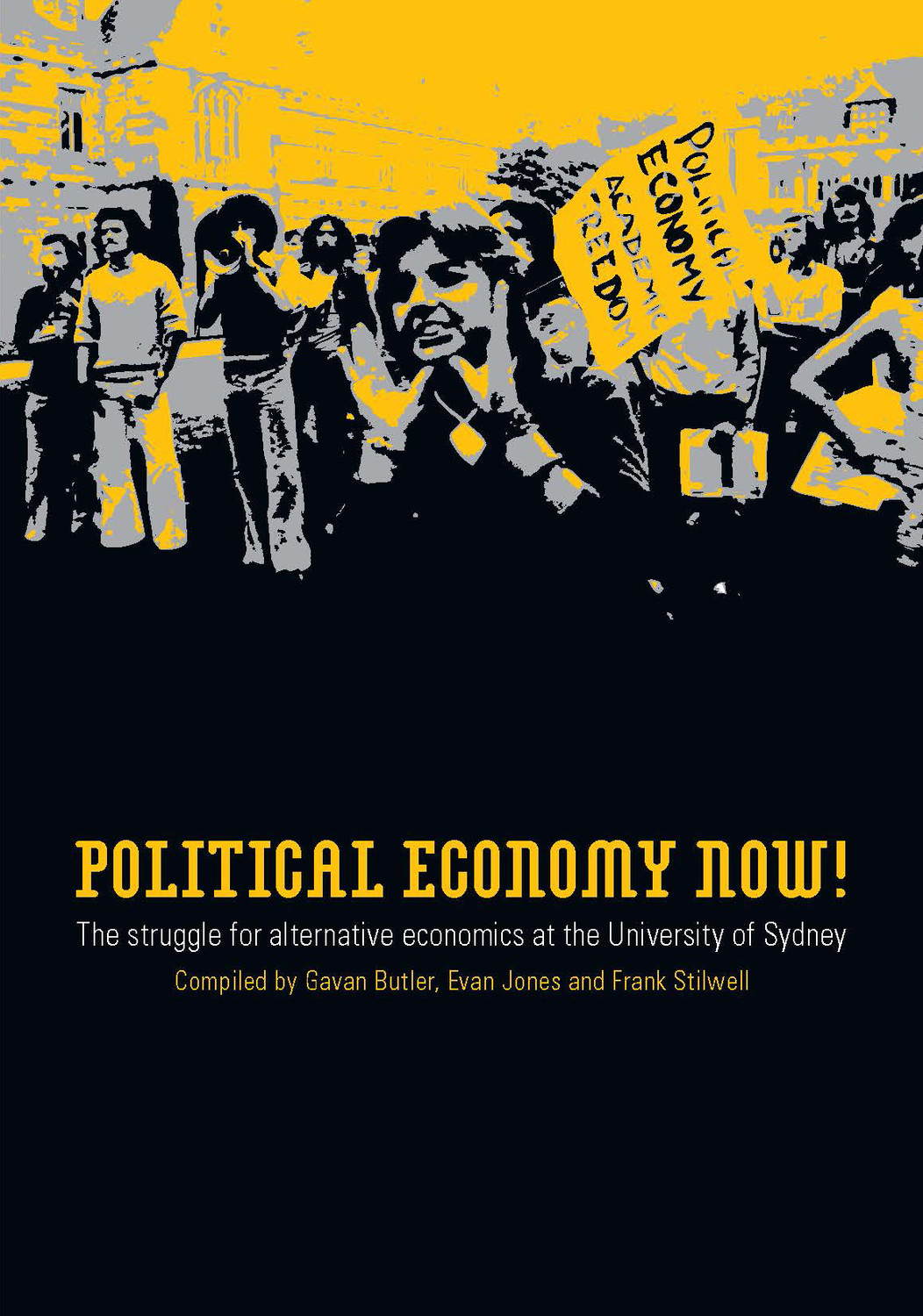 The Struggle for Alternative Economics at the University of Sydney

Political Economy Now! is the story of one of the most substantial and enduring conflicts in the history of Australian universities. Beginning in the late 1960s, it pitted those committed to the teaching of mainstream economics at the University of Sydney against the proponents of an alternative program in political economy. The dispute continued for decades until a Department of Political Economy was established in the Faculty of Arts in 2008.

Why all the fuss over the teaching of economics? Why were the disagreements so deep and protracted? What has been at stake? Why did dissident staff and students commit so much time and energy to establishing and developing alternative courses and administrative arrangements?

The dispute involved substantial differences of opinion about the nature of the curriculum, the style of teaching, and the structures of power and decision making. Although locally focused at the University of Sydney and at its most intense during the 1970s and 1980s, the dispute also has wider implications for how we understand the economic system and the role of economic policy. It reflects a broader tension in Australian society about what economic arrangements best serve social needs.

The story of the struggle for alternative economics told from the political economists' perspective weaves together a general historical narrative with illustrations and interpretations of the causes and consequences of the conflict, and personal recollections of eleven former student activists, all now in significant professional positions.

Political Economy Now! is a fascinating read for those concerned about how a discipline of great social and political significance is understood and taught to its would-be practitioners.

Evan Jones is a retired political economist. He taught at the University of Sydney from 1973 to 2006.

Frank Stilwell is professor emeritus of political economy at the University of Sydney.

Gavan Butler is one of the founders of the department of political economy at the University of Sydney.

'The story of the long struggle is now documented in Political Economy Now!, penned by three of main combatants in the fight – Frank Stilwell, Gavan Butler and Evan Jones. These renegade academics were not deterred by the David and Goliath situation that emerged'
Joy Dodds   Journal of Australian Political Economy


'I read Political Economy Now! in one sitting, and I found it lively and engaging throughout ... Sydney University deserves credit for permitting one of its subsidiaries to publish a book that is, in places, severely critical of its own management and some of its most powerful personalities.'
J.E. King   History of Economics Review

Back to Gavan Butler