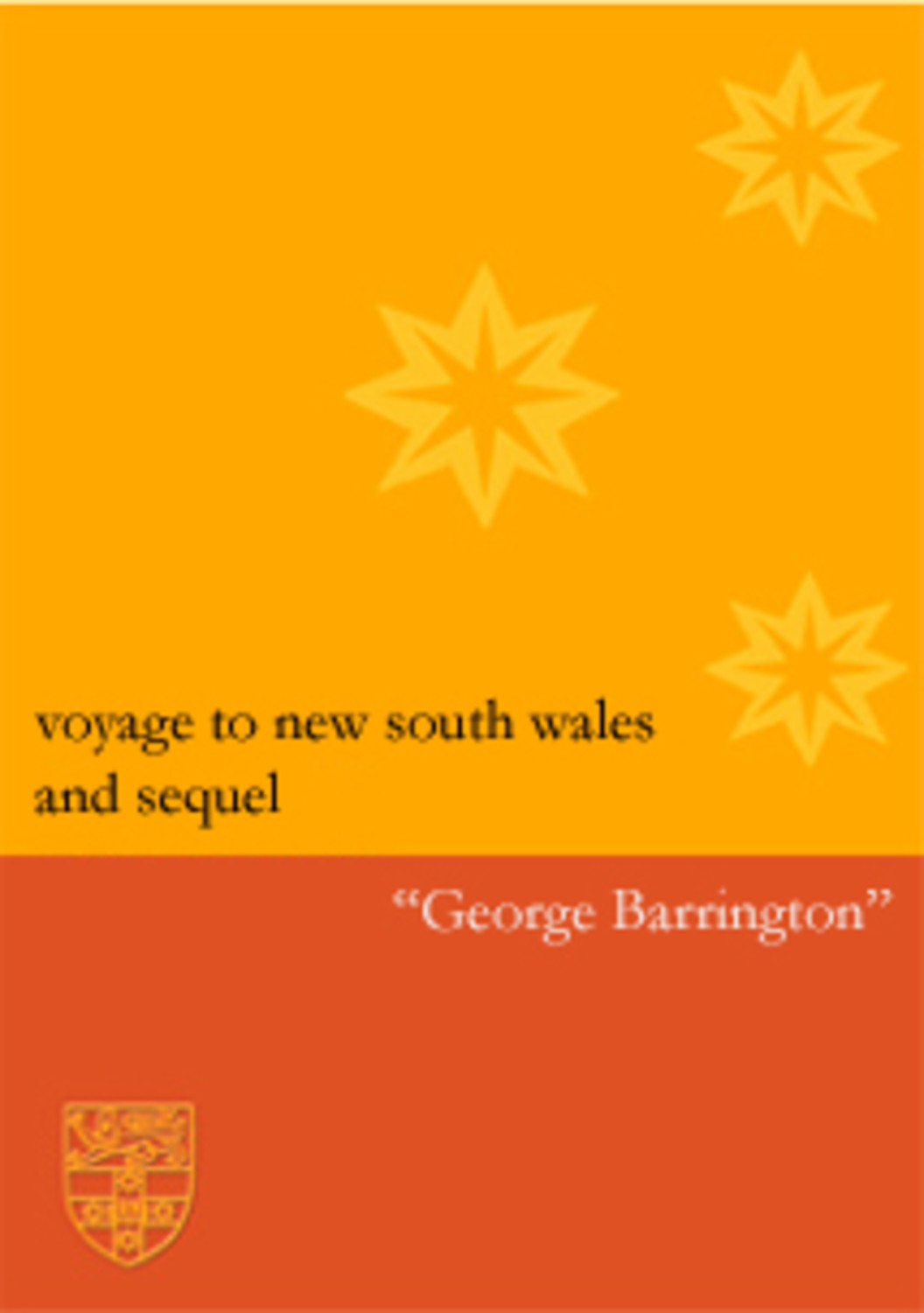 Voyage to Botany Bay and Sequel

Share on Facebook Tweet on Twitter Email
A Voyage to Botany Bay was first published in London in 1795. The sequel, A Sequel to Barrington's Voyage to New South Wales was published in 1801. George Barrington (1755-1804) was the famous gentleman thief transported to Australia in the early years of settlement. He arrived in Sydney in 1791 and was generally considered a reformed character in a new land, winning government positions and land. His name was used to sell these early accounts of the colony. Neither of these works was actually written by Barrington and they are most likely compilations of journalists from official reports and earlier published writings.
Tags: Australian classics, George Barrington, SUP Classics
Format: paperback
Size: 210 × 148 × 9 mm
148 pages
1 b&w table
ISBN: 9781920897208
Publication: 01 Jan 2004
Series: SUP Classics
Back to George Barrington