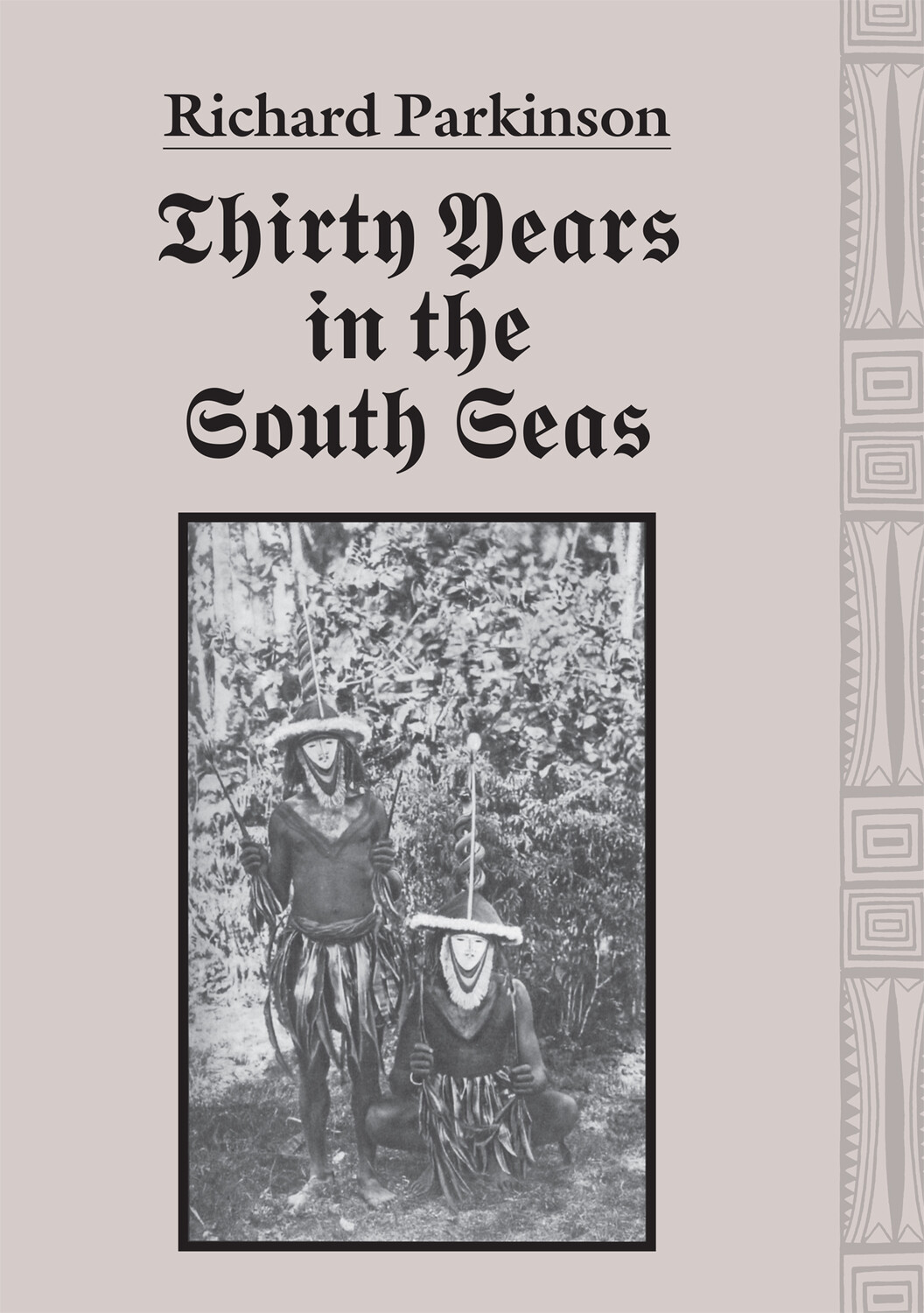 Thirty Years in the South Seas

Land and People, Customs and Traditions in the Bismarck Archipelago and on the German Solomon Islands

Richard Parkinson's Thirty Years in the South Seas was first published in 1907. In this 900-page work, Parkinson drew together and expanded on the scientific and popular papers he had been publishing since 1887, creating in the process a landmark ethnography of the Bismarck Archipelago.

Parkinson moved to New Britain in 1879, only seven years after the first trader had established himself in the area. Over the next thirty years, he employed many local people on the family's expanding plantations, and travelled widely in the area, trading for produce (especially coconuts), observing traditional life, and buying artefacts for museums in Europe, USA and Australia.

His travels covered the islands now known as New Britain, New Ireland, New Hanover, Manus, Buka and Bougainville, but he also collected information about the mainland of New Guinea (Kaiser Wilhelmsland). His observations covered a wide range of topics, from religious life and ceremonies to artefacts and language. It is clear he talked extensively with people - though mostly with a translator - and compared accounts. He also took many photographs, some 200 of which were included in the volume. Given the period, all his human subjects had to be posed, but the range of associated detail, probably unconsciously included, is substantial.

What is particularly important about this work is the period in which it was written. While Parkinson may never have been the first contact of any local people, he was clearly among the first, and observed many societies before they were extensively incorporated into the Western economy, or missionised.

Thirty Years in the South Seas is unparalleled in the literature of the Bismarck Archipelago. It is an incomparable picture of a time and place now long past.

Richard Parkinson (1844–1909) was a Danish explorer and anthropologist.

Back to Richard Parkinson