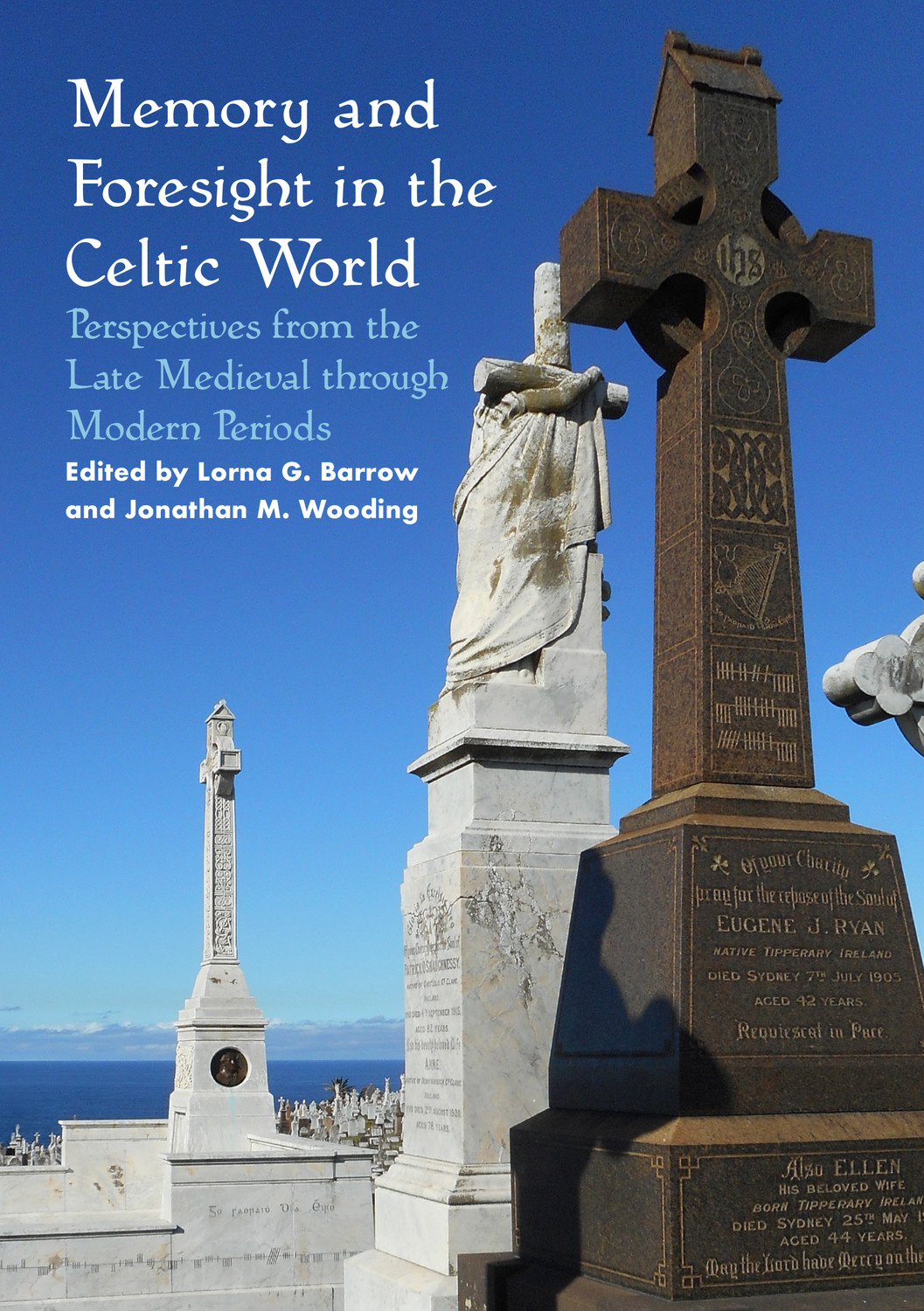 Memory and Foresight in the Celtic World

Perspectives from the Late Medieval through Modern Periods

Memory and Foresight in the Celtic World delves deep into the experience of Celtic communities and individuals in the late medieval period through to the modern age. Its thirteen essays range widely, from Scottish soldiers in France in the fifteenth century to Gaelic-speaking communities in rural New South Wales in the twentieth, and expatriate Irish dancers in the twenty-first. Connecting them are the recurring themes of memory and foresight: how have Celtic communities maintained connections to the past while keeping an eye on the future?

Chapters explore language loss and preservation in Celtic countries and among Celtic migrant communities, and the influence of Celtic culture on writers such as Dylan Thomas and James Joyce. In Australia, how have Irish, Welsh and Scottish migrants engaged with the politics and culture of their home countries, and how has the idea of a Celtic identity changed over time?

Lorna Barrow completed her PhD at the University of Sydney in 2008. She currently works as a casual academic at Macquarie University in Sydney in the Modern History Department.

Introduction: wishful returns and futures foreseen by Lorna G. Barrow and Jonathan M. Wooding
1. Fable and fiction in the creation of contemporary beliefs about the past in Scottish life by Sybil Jack
2. Robert Owen and villages of unity and co-operation: a new concept of urbanism by Tessa Morrison
3. Celticism, Science and the Mnemonic Universe by Cairns Craig
4. ‘One foot in Wales and my vowels in England’: the Welshness of Dylan Thomas by William Christie
5. Ireland’s lexical memory: Irish words in English language texts, 1800–2016 by
Dymphna Lonergan
6. Remembering the Celts: Celtic designs on modern coins by John Kennedy
7. Scottish soldiers in fifteenth-century France: remembering an early Scottish diaspora by Elizabeth Bonner
8. Memories of a Celtic past: challenges to an old culture on the changing Scottish and Australian frontiers of life by James Donaldson
9. ‘To the land of my praise’: memories of Hugh Boyd Laing by Katherine Spadaro
10. Nicholas O’Donnell on the origins of Munster O’Donnells by Val Noone
11. ‘Dark and rude and strange …’ : Cardinal Patrick Francis Moran and the St Mary’s 1904 fair by Richard Reid
12. Remembering Easter 1916: Australian links to the Irish rebellion by Anne Maree Whitaker
13. Dancing bodies, living memories: Irish immigrants in Sydney by Jeanette Mollenhauer

About the authors
Index

Back to Jonathan M. Wooding