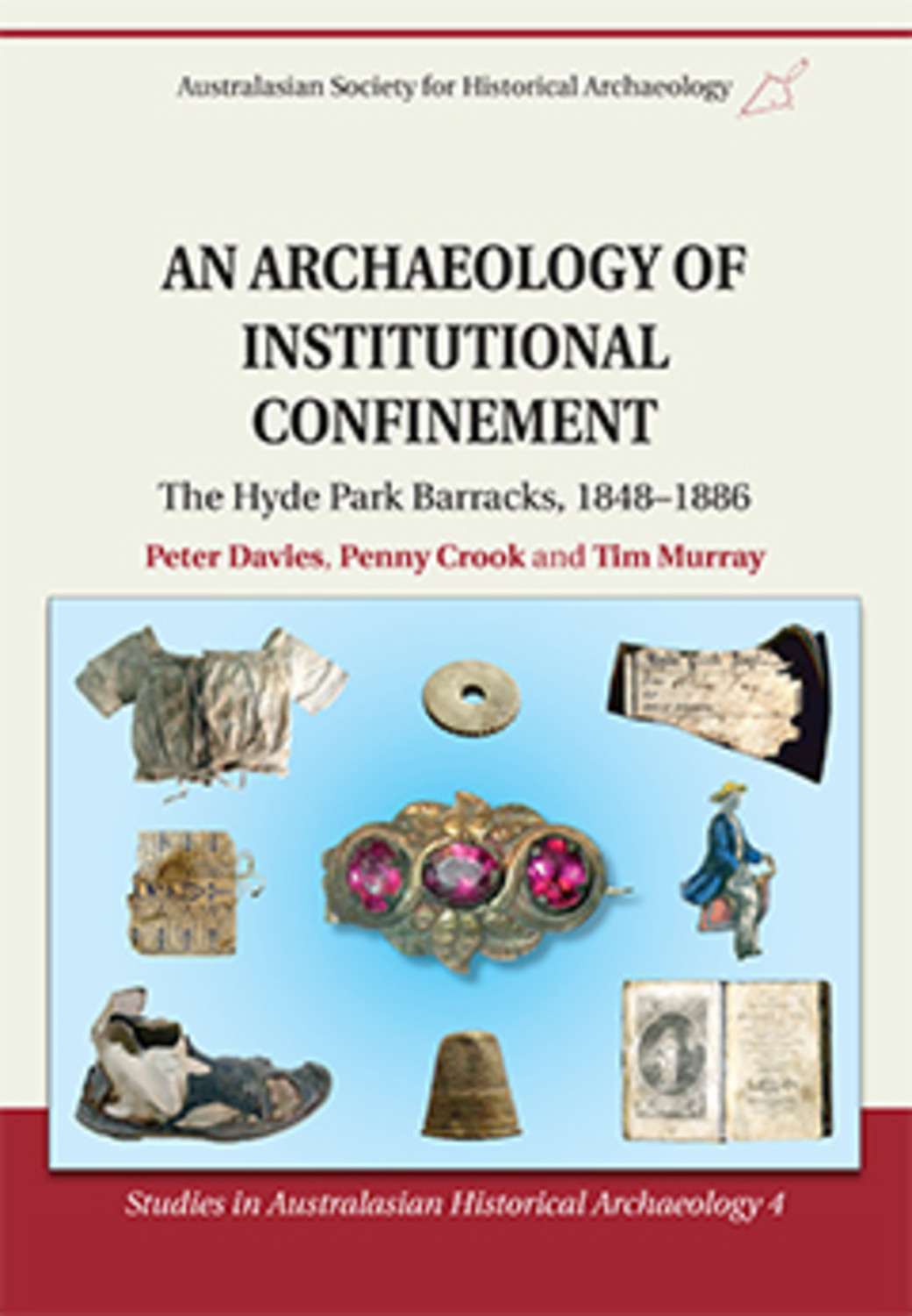 An Archaeology of Institutional Confinement

The archaeological assemblage from the Hyde Park Barracks is one of the largest, most comprehensive and best preserved collections of artefacts from any 19th-century institution in the world. Concealed for up to 160 years in the cavities between floorboards and ceilings, the assemblage is a unique archaeological record of institutional confinement, especially of women.

The underfloor assemblage dates to the period 1848 to 1886, during which a female Immigration Depot and a Government Asylum for Infirm and Destitute Women occupied the second and third floors of the Barracks. Over the years the women discarded and swept beneath the floor thousands of clothing and textile fragments, tobacco pipes, religious items, sewing equipment, paper scraps and numerous other objects, many of which rarely occur in typical archaeological deposits. These items are presented in detail in this book, and provide unique insight into the private lives of young female migrants and elderly destitute women, most of whom will never be known from historical records.

Penny Crook's research interests include 19th-century material culture, assemblage analysis, consumer studies, urban archaeology and digital data management. She pioneered the examination of quality in historical archaeological assemblage analysis as part of her doctoral research (completed in 2008) and conducted price and linguistic analysis of data from 19th-century store catalogues. In 2014 she commenced a DECRA fellowship to extend the quality research framework and re-examine the role of consumption in colonial Sydney using archaeological assemblages.

1. Introduction
2. The underfloor assemblage of the Hyde Park Barracks
3. Charity and immigration in 19th-century NSW
4. The workings of an institution
5. Daily life in the asylum
6. Private lives
7. The archaeology of 19th-century institutions
Appendix 1: institutional occupants of the Hyde Park Barracks
Appendix 2: inmates from the Destitute Asylum
Appendix 3: artefact fragment counts from excavated deposits in level 1 of the main building and peripheral areas
References
Index

'Drawing on an exceptional collection of archaeological materials recovered from the interior of the standing Barracks building, Davies et al. trace a narrative that details the operation of the asylum and extends into the intersecting lives of migrants and their keepers alike. The identities and experiences of this diverse population materialise in a collection of well-preserved artefacts — from fragments of large-print texts, carved bone sewing tools and children’s toys, to individually labelled dispensary bottles that corroborate the documentary record.'
Linnea Kuglitsch   Post-Medieval Archaeology

' ... the value of this monograph as a unique opportunity to discuss an institutional artefact assemblage closely linked to a group of defined people. It fulfils this role very well and provides an insight into the private world of an asylum.'
Susan Piddock   Australian Archaeology

‘This book carries with it the evocation of “Atmospheric Poison”, disregard for human dignity and insensitive treatment. But it also uses the rich archaeological record, and historical account, to see into a world of both licit and illicit private lives, of individuality, where inmates demonstrated compassion and organisational structure fostered it, where an authority figure resisted managerialism, where age diminished the governed and the governor. This represents a significant maturing of the intellectual framework deployed for understanding a site of buildings that served many functions, constantly shifting and adapting, but always filled to the brim with people.’
Deborah Oxley   Australian Historical Studies


Back to Studies in Australasian Historical Archaeology