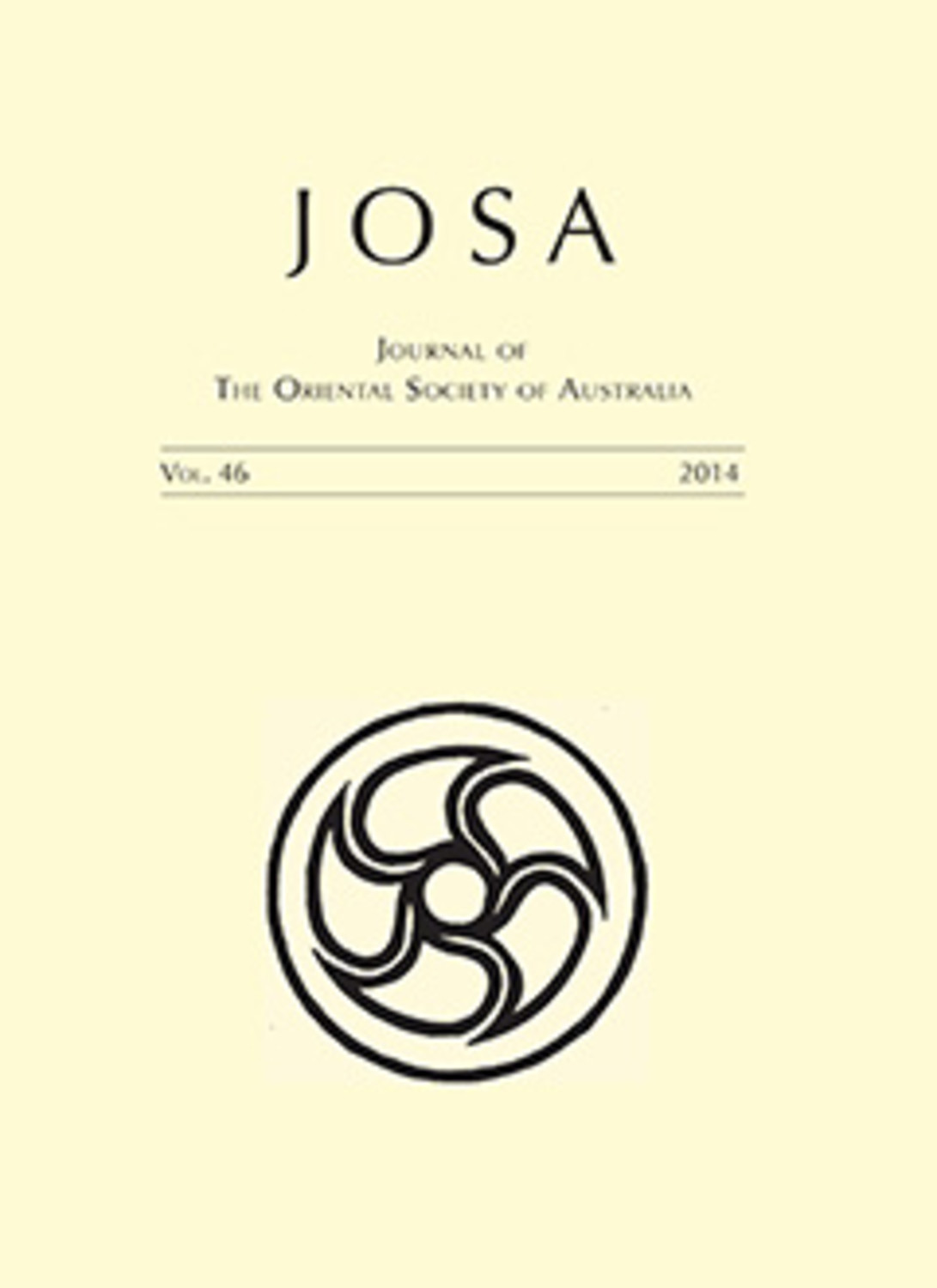 The Journal of the Oriental Society of Australia, Vol. 46

Back to Asian studies