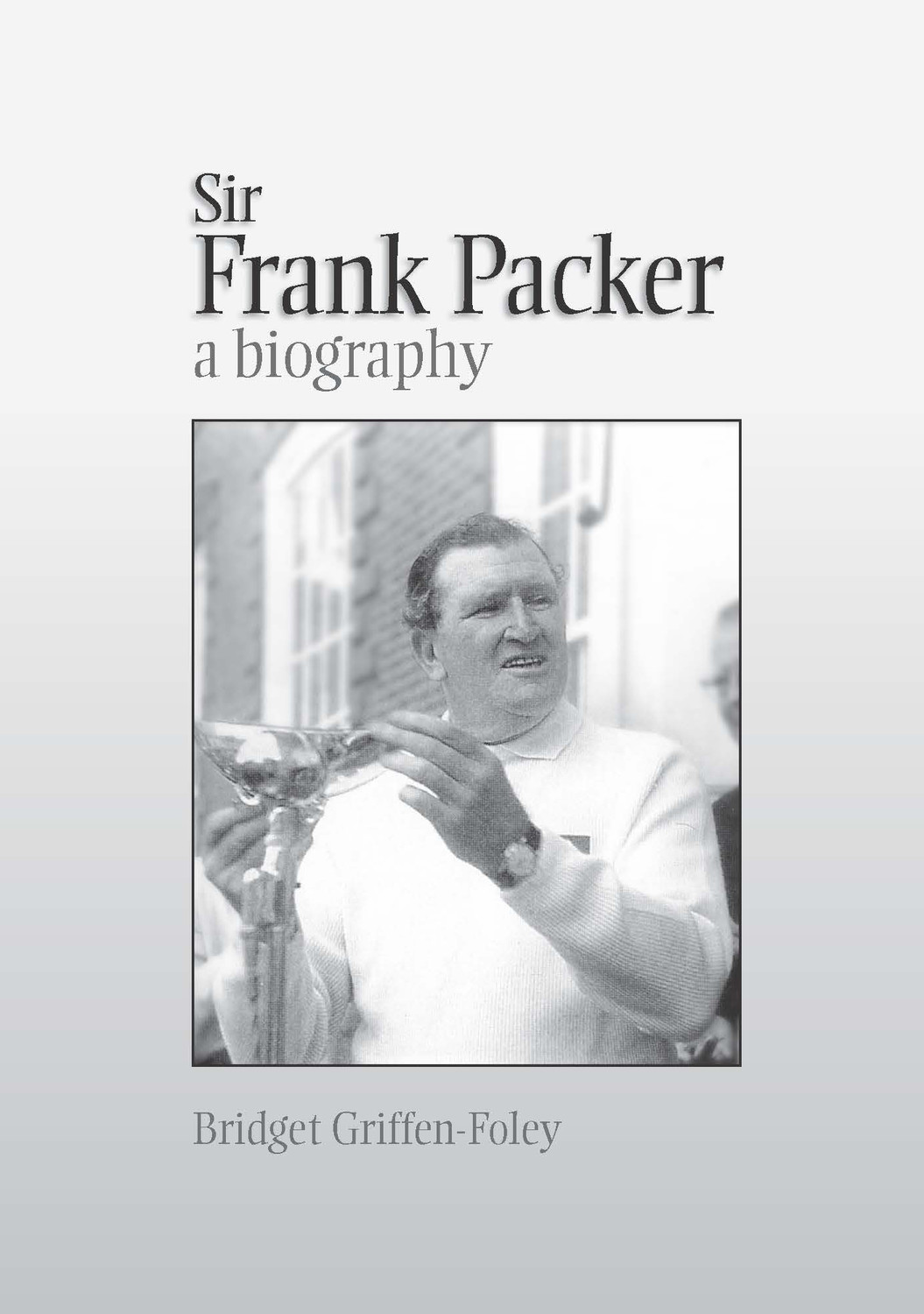 This absorbing biography traces the newspaper career of Frank's father R.C. Packer from Hobart and the outback to the founding of Smith's Weekly in 1919. Overshadowed by his brilliant father, Frank was an academic failure at school and a mediocre cadet reporter. Despite his own lack of promise as a journalist, Frank came to rule the Australian media landscape with an iron fist.

He was famous for his spectacular takeover bids and editorial interventions, his closeness to Prime Minister Menzies and his pitched battles with unions. A philanthropist as well as a philanderer, he bullied his staff including his sons Clyde and Kerry. In 1960s Sydney, he jostled with the rising Rupert Murdoch for control of the country's largest newspaper market.

A keen sportsman, Frank's first successes were in the boxing ring and on the polo field. In 1962 he mounted Australia's first challenge for the America's Cup in the yacht Gretel, named after his late wife.

Bridget Griffen-Foley is professor of media at Macquarie University and the director of the Centre for Media History.

'Griffin-Foley’s engaging writing style makes this an easy read for anyone interested in early Australian journalism and the media wars between the 1930s and 1960s.'
Celeste Lawson   Media International Australia

‘It is as full a measure of a colourful Australin tycoon’s life and times as I have read … much warmer and more intimate than any of the biographies that have been written of the global media entrepreneur, Rupert Murdoch.’
V. J. Carroll   The Bulletin