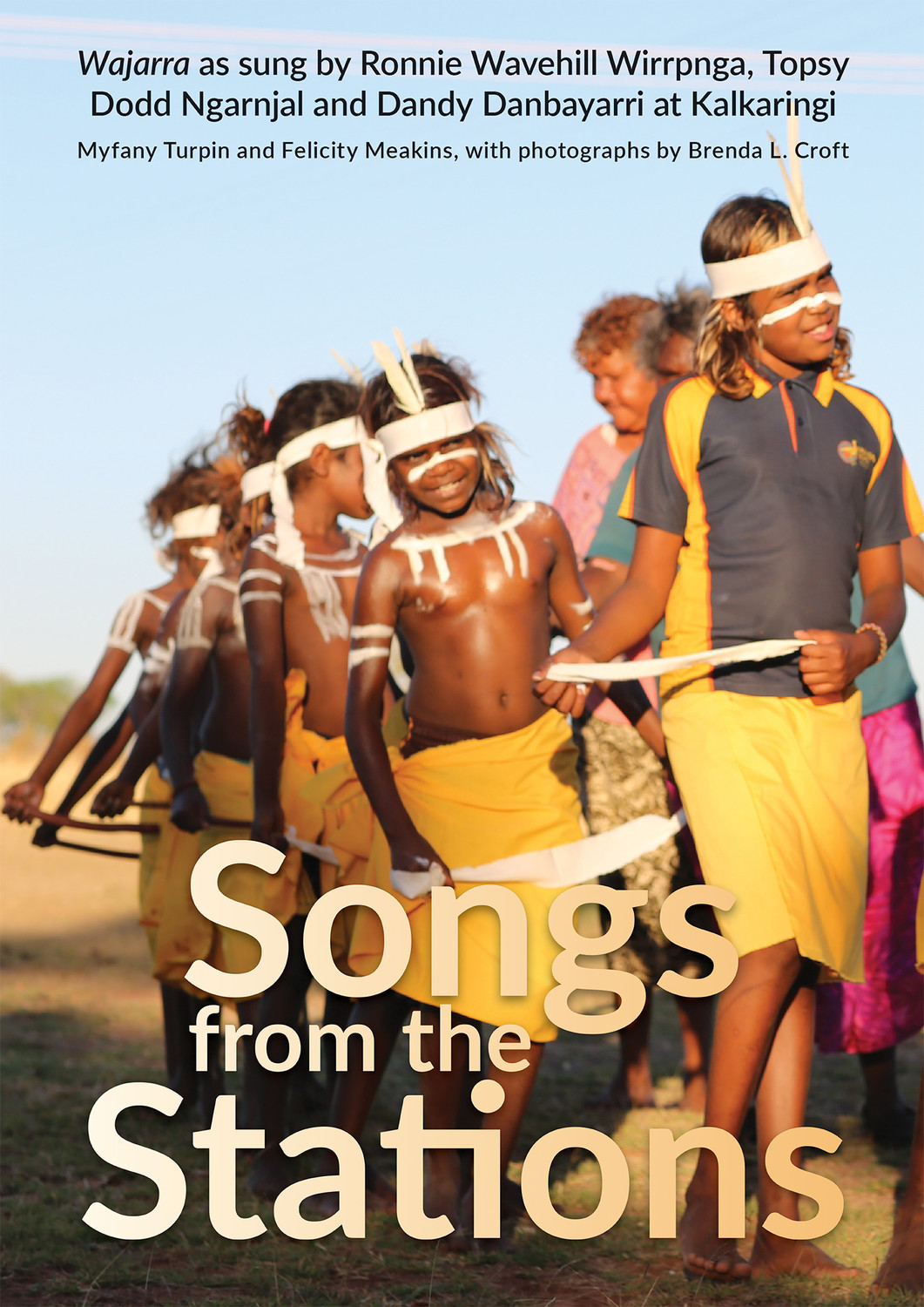 Songs from the Stations

The Gurindji people of the Northern Territory are best known for their walk-off of Wave Hill Station in 1966, protesting against mistreatment by the station managers. The strike would become the first major victory of the Indigenous land rights movement. Many discussions of station life are focused on the harsh treatment of Aboriginal workers.

Songs from the Stations describes another side of life on Wave Hill Station. Among the harsh conditions and decades of mistreatment, an eclectic ceremonial life flourished during the first half of the 20th century. Constant travel between cattle stations by Aboriginal workers across north-western and central Australia meant that Wave Hill Station became a crossroad of desert and Top End musical styles. As a result, the Gurindji people learnt songs from the Mudburra who came further east, the Bilinarra from the north, Western Desert speakers from the west, and the Warlpiri from the south.

This book is the first detailed documentation of wajarra, public songs performed by the Gurindji people. Featuring five song sets known as Laka, Mintiwarra, Kamul, Juntara, and Freedom Day, it is an exploration of the cultural exchange between Indigenous communities that was fostered by their involvement in the pastoral industry.

Songs from the Stations presents musical and textual analysis of the five sets of wajarra songs below.

These five song sets were recorded at Kalkaringi in 1998, 2007, 2015 and 2016, and can be streamed by visiting https://open.sydneyuniversitypress.com.au/songs-stations.html

Felicity Meakins is a senior lecturer in the School of Languages and Cultures at the University of Queensland.

Myfany Turpin is an Australian Research Council fellow at the Sydney Conservatorium of Music, the University of Sydney.

Brenda L Croft Nangari is a PhD candidate at the University of New South Wales.

' ... the depth of the analyses and attention to detail make this work an important contribution to the fields of history, linguistics and ethnomusicology. The general reader will see how all aspects of Gurindji culture intertwine, resulting in a most sophisticated world view. Ethnomusicologists, especially, will learn from the careful method used in musical analysis.'
Grace Koch   Aboriginal History Journal

‘Songs from the Stations is an important work – an invaluable work. It’s the first time that these public songs, as performed by the Gurindji, have been documented in detail.'
Madelaine Dickie   National Indigenous Times