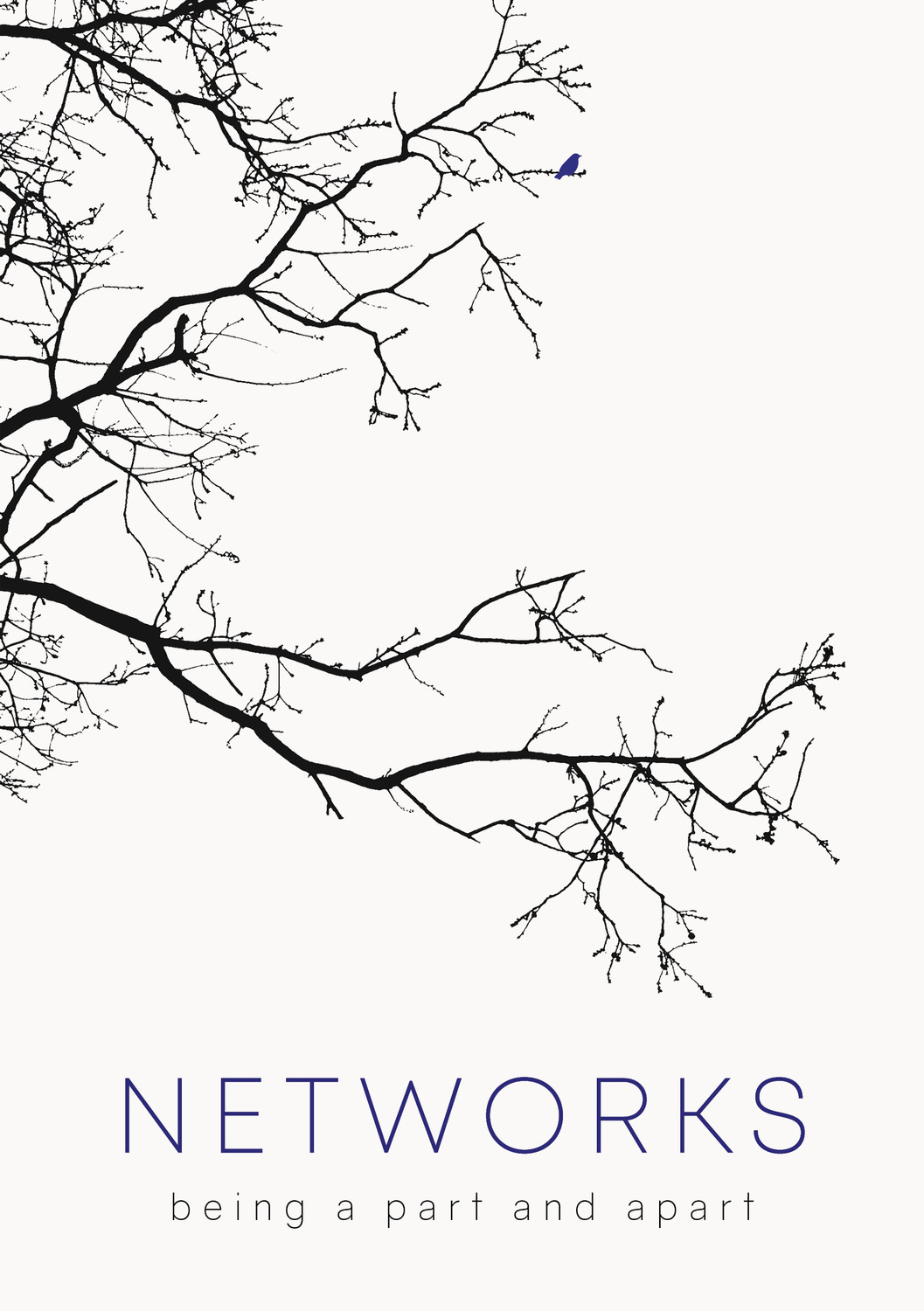 Being a Part and Apart

Our world is built around the people, groups and communities we surround ourselves with. They form networks of connections, beliefs and ideas that can help to shape the people we become. These networks have become vital in a time where lockdowns have pushed us apart, and reinforced the need to be a part of something whole.

This anthology examines the ways we find joy in lockdown, keep people and places alive through memory, and search for connection in an increasingly digital age. Featuring poetry, short stories and visual art, it introduces bold new voices that will command your attention and prompt you to think differently about the relationships that make everyday life worthwhile.

Larissa Behrendt is a legal academic, writer, filmmaker and Indigenous rights advocate. She is Distinguished Professor at the Jumbunna Institute at the University of Technology Sydney and the host of Speaking Out on ABC radio. She has published three novels and numerous books on Indigenous legal issues. She was awarded the 2009 NAIDOC Person of the Year award and 2011 NSW Australian of the Year.

Ana Mashi (Literal: I am Walking, Figurative: I am Leaving) by Diana Chamma
Crash by Libby Newton
Pluto in Sagittarius by Kelly Ung
Threads by Dennis Haskell
No. 11 by Angela Xu
Yggdrasil by Allen Chan
Thoughts of a Student Sitting in a Zoom Breakout Room by Angela Xu
Jon Stewart, John Oliver and Stephen Colbert: New Journalists for the Digital Media Age by Melissa Snook
Self-Deconstruction by Tahira Kale
Phone Friends by Cherie Baird
Incognito Mode or: How I Learned to Stop Worrying and Love the Net by Michael Kowalczyk-Barker
Net Worth by Tom Evans
The Suit by Djuna Hallsworth
Once There Was and Once There Wasn’t by Danial Yazdani
National Scandal by Tori Wills
Neighbours by Hannah Roux
Will & Grace v. Trump: Queer Representation in Popular Television by Melissa Snook
Train Lines by Ellen Burke
Challenges by Sally Chik
Great Feeling Wants a Container by Claudia Ware
The Ends of Our Lines Snapped by Karen Davids
Lockdown: A Bedtime Story by Xian Ho
Thank You by James Max Puterflam
A Day in the Life of a Loner by Grace Cheng
A Nervous Condition by Cherie Baird
A New Paws-itive Pastime by Danial Yazdani
Goodbye to All That by Dennis Haskell
Literary Movements by Grace Ugamay
Now by Ruth Phillips
Swimming 2.0 by Christopher D Roche
Hard Lockdown by Dennis Haskell
Plates
Register by Allen Chan
Linked In by Angela Xu
How Successful Social Media Marketing Campaigns Engage Active Audiences by Melissa Snook
The Snowball Effect by Emma Murphy
Once-Friend by Cherie Baird
If She Knew by Isla Scott
Honey Bear by Seth Robinson
Gutom Pa by Harold Legaspi
What Eyes? by Hannah Roux
To Go by Zoe Coles
For Bonnie, With a Granddaughter’s Love by Emma Murphy
Where I Belong by Janika Fernando
Georgia Restless by Joshua Klarica
Reality’s Conquests by Dennis Haskell
The World in a Seashell by Julia Peng
Half-awake by Harold Legaspi
A Juggle of Fruit in a Yellow Bowl by Helena Bryony Parker
Sorrow on Barney Street by Kiya Elphick
Ma or the Final Word of Harper by Grant Hawkes
A City in Sleep by Jemima Rice
Collaborating During COVID-19: A Reflection on Our Interconnection with Trees by Dr Diana Chester and Ann Jyothis Raj
Mangrove Roots by Hannah Roux
Becoming Indigenous: Future Cities as a Network of Waterholes Connected by Songlines by Steven Liaros
Being a Part and Apart: Fragility and Belonging in Wild Places by Claire Moser