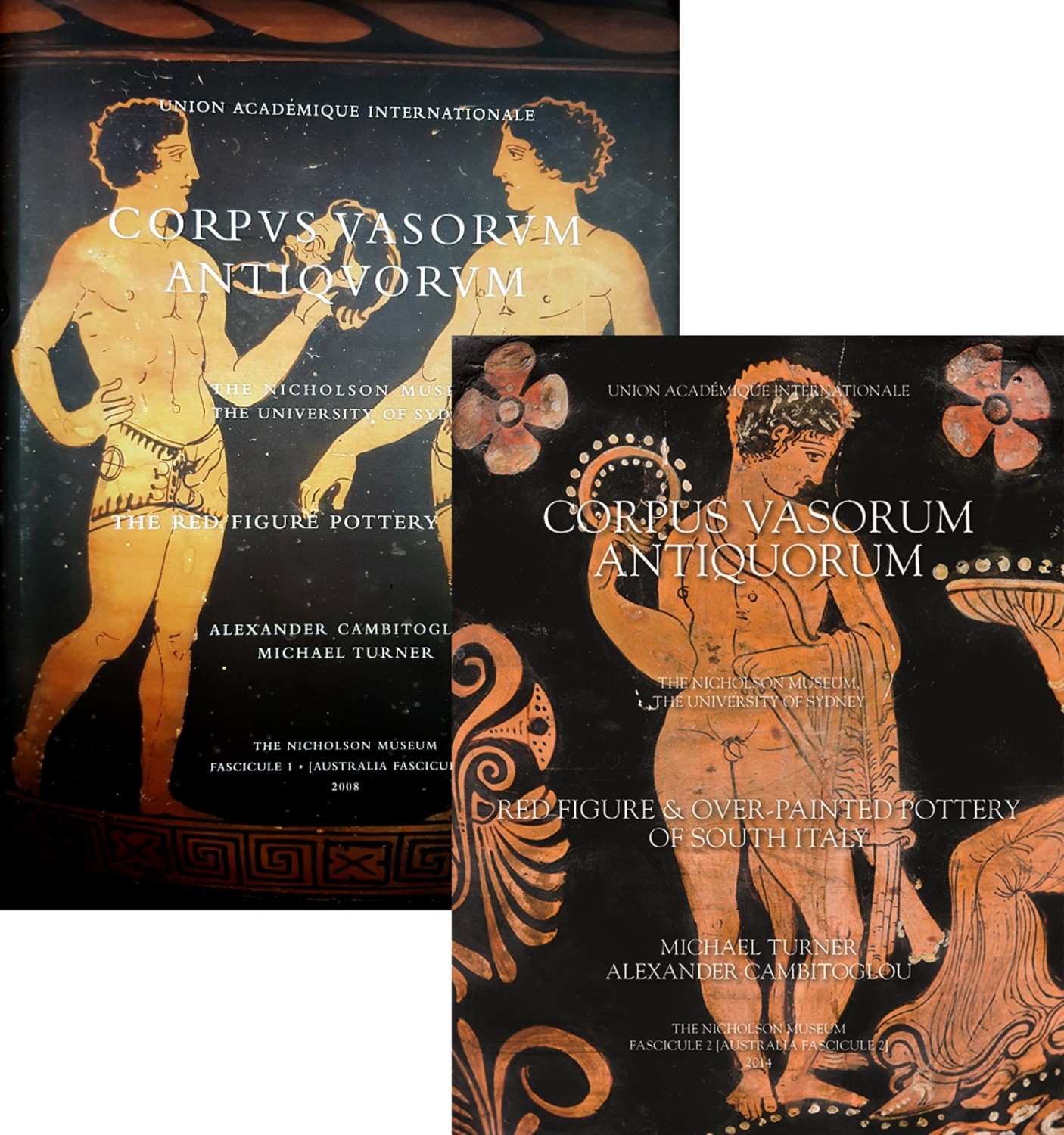 Share on Facebook Tweet on Twitter Email
Established in 1919, The Corpus Vasorum Antiquorum (CVA) series brings together the known holdings of Greek and Italian pottery held in museums and private collections around the world into a standard format. There are now nearly 350 volumes from 26 countries in the series.
This record is for the two-volume set which includes the following titles, both available individually.

Back to Corpus Vasorum Antiquorum. The Nicholson Museum, The University of Sydney. 2 volume set