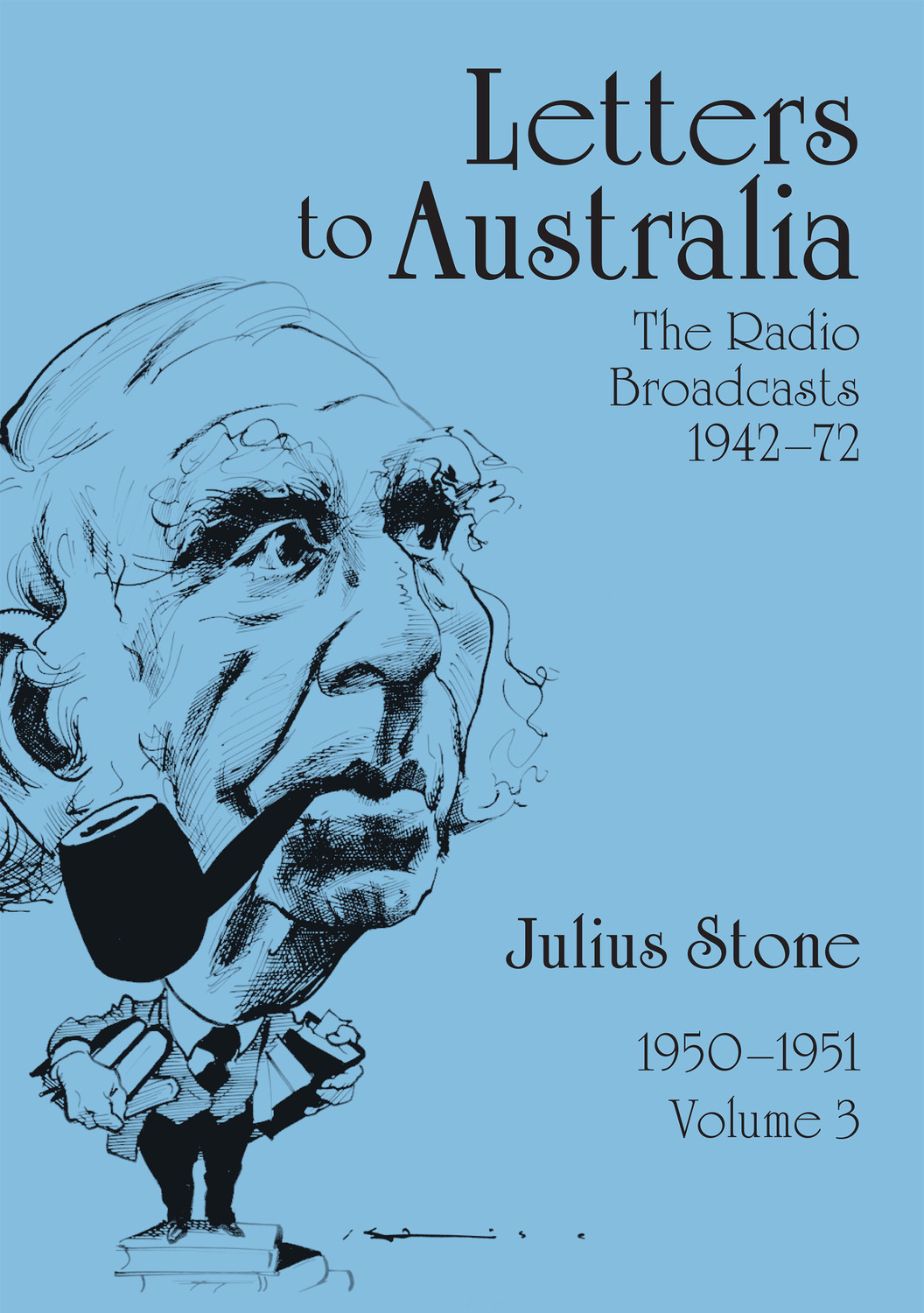 Originally broadcast by the ABC between 1942 and 1972 and re-discovered in 2006, these conversational opinion pieces by jurist Julius Stone take the reader back to the mid-20th century, bringing to life the people, events and the sweep of affairs during World War II and its turbulent aftermath.

More than anyone else at that time, Stone gave Australians a sense that they were part of the world and that they could - and should - seek to influence world events. His broadcasts give a unique insight into Australia's changing sense of its place in the world during World War II and the postwar years, and of the hopes and fears of that era.

Julius Stone returned from overseas in early 1950 (there were no broadcasts in 1949), and quickly resumed broadcasting. Through 1950 and 1951, the issues that attracted his analysis were disarmament, the growth of McCarthyism in the United States, the formal division of Germany and, increasingly, the war in Korea. The structure of that war, with the UN intervening against a rogue state, the success and controversy of the UN Commander – the American General Douglas MacArthur – the intervention of China and the issues of indoctrination, brain washing and human rights raised by the prisoners of the war are covered in many essays. MacArthur’s dismissal from command in Korea, and the fears raised by moves to re-arm Japan and Germany in order to bolster Western strength in the Cold War, unrest in Egypt and Iran all drew his attention. There was no decisive event to begin or end this volume. Still, change was there, if incremental, and these essays follow that change.

A review of east-west relations, the attack on intellectual freedom in the US, the move to civil rights in the US
Doubt, suspicion and dismay in the US polity
Jordan annexes Arab Palestine
Germany’s will to power
Diplomatic machinery and peace – another call for a ‘new UN’
Japan postwar – can there be a peace treaty with all the allies?
Germans resurgent, Germany divided
Peace and the will to peace
UK recognition of China
MacArthur and Truman at odds over Formosa
Preventive war against the Soviet Union – analysis
MacArthur’s leadership in Korea under challenge
The dismissal of MacArthur – causes and fallout
Truman’s Pacific Pact; Menzies’ view vs. Evatt’s
Egypt blockades Suez
Rearming the defeated – Japan and Germany
The Anglo-Iranian oil dispute – UK policy failure invites Soviet intervention
Fear and the political basis of disarmament
The Bangkok Conference on UNESCO and Asia