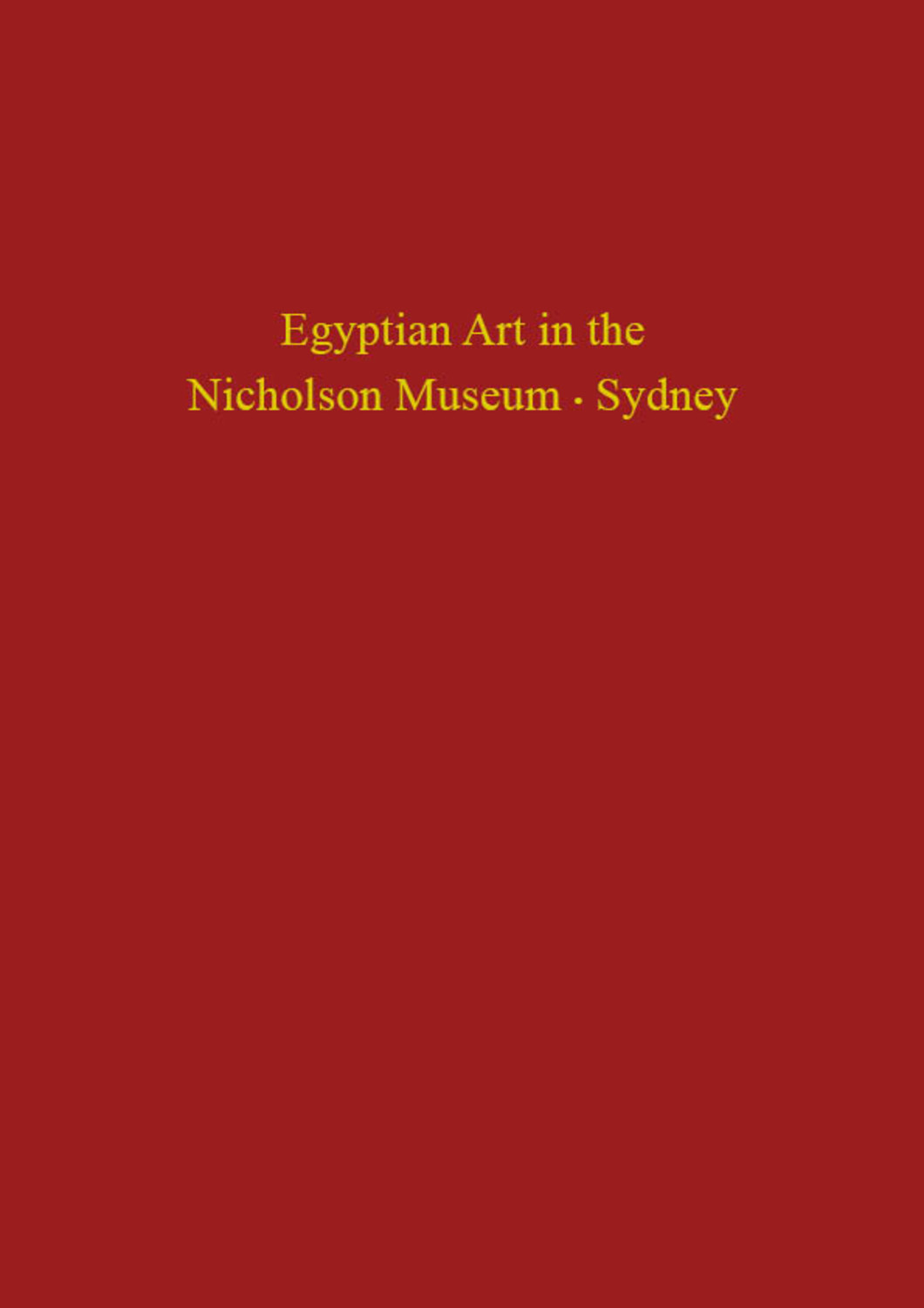 Share on Facebook Tweet on Twitter Email
The Nicholson Museum at the University of Sydney holds Australia's most important collection of artefacts from the land of the pharaohs. Many pieces were acquired in 1856/7 during a trip to Egypt by one of the University's founders, Sir Charles Nicholson, who gathered together an eclectic group of objects drawn from many sites and periods of Egyptian history. This book presents 25 essays about the collection and its history, written by leading scholars from around the world. Many of the objects, highly important in their own right, are here published for the first time, in a volume which ' as one of the reviewers remarks ' "proves remarkable for both the scientific level of its contributions and the number and quality of its illustrations, whether black and white or in colour". The same reviewer expresses the wish "that every Egyptian collection may one day be the object of a publication as fine as this one" (F. Payraudeau in Histara 2008).

1. Sir Charles Nicholson: An Early Scholar-Traveller in Egypt
Karin N. Sowada
2. The Shabti of Si-Iah
D.A. Aston
3. Painted Judgement Scene on Wood, R344
Christine Beinlich-Seeber
4. The Twelfth Hour of the Amduat
Susanne Binder
5. The Grafton Elliot Smith Collection
V.G. Callender
6. A Preliminary Survey of the Books of the Dead on Papyrus and Linen in the Nicholson Museum
Marc Coenen
7. The Sydney Goddess
Marianne Eaton-Krauss
8. Relations between Egypt and Cyprus during the reign of Tuthmosis III: Evidence from Abydos Tomb D114 (1899-1900) and Abydos Tomb D114 (1912-1913)
Kathryn O. Eriksson
9. A Dog on a Tile
Jac. and Rosalind Janssen
10. An Amarna Period Relief from Memphis
David Jeffreys
11. The Shroud of Tny, R92: A Textile Analysis
Jana Jones
12. A Kushite Royal Woman, perhaps a God’s Wife of Amun
Robert Morkot
13. Head of a High Official from Deir el-Bahari
Maya Müller
14. Fragment of a Wooden Coffin of a Child
K. Myśliwiec and A. Kowalska
15. Fragments of the Early 22nd Dynasty Inner Coffin of the Theban Priest of Amun, Nesy-Pauty-Tauy
Andrzej Niwiński
16. The Shroud of Tny, R92: An early example of Book of the Dead 100 on Linen
Boyo G. Ockinga
17. Roman Mummy Masks
Klaus Parlasca
18. The Nicholson Museum Hathor Capital
Geraldine Pinch
19. Inscriptions and Ostraca in the Nicholson Museum: Hieroglyphic, Hieratic, Demotic and Carian
John Ray
20. The μ50 Group and the Abydos Cemeteries during the Middle Kingdom
Janet Richards
21. The Taweret Workshop: Nicholson Museum Inv. 00.107 and Related Vessels
R.T. Sparks
22. The Coffin of Padiashaikhet
John H. Taylor
23. An 18th Dynasty Pottery Stela with a Hymn to Re
Jacobus van Djik
24. Fragment of a Wall Relief from the Temple of Tuthmosis III at Deir el-Bahari
Janina Wiercińska
25. The Shroud of Tny, R92: A Pigment Analysis
David Wise