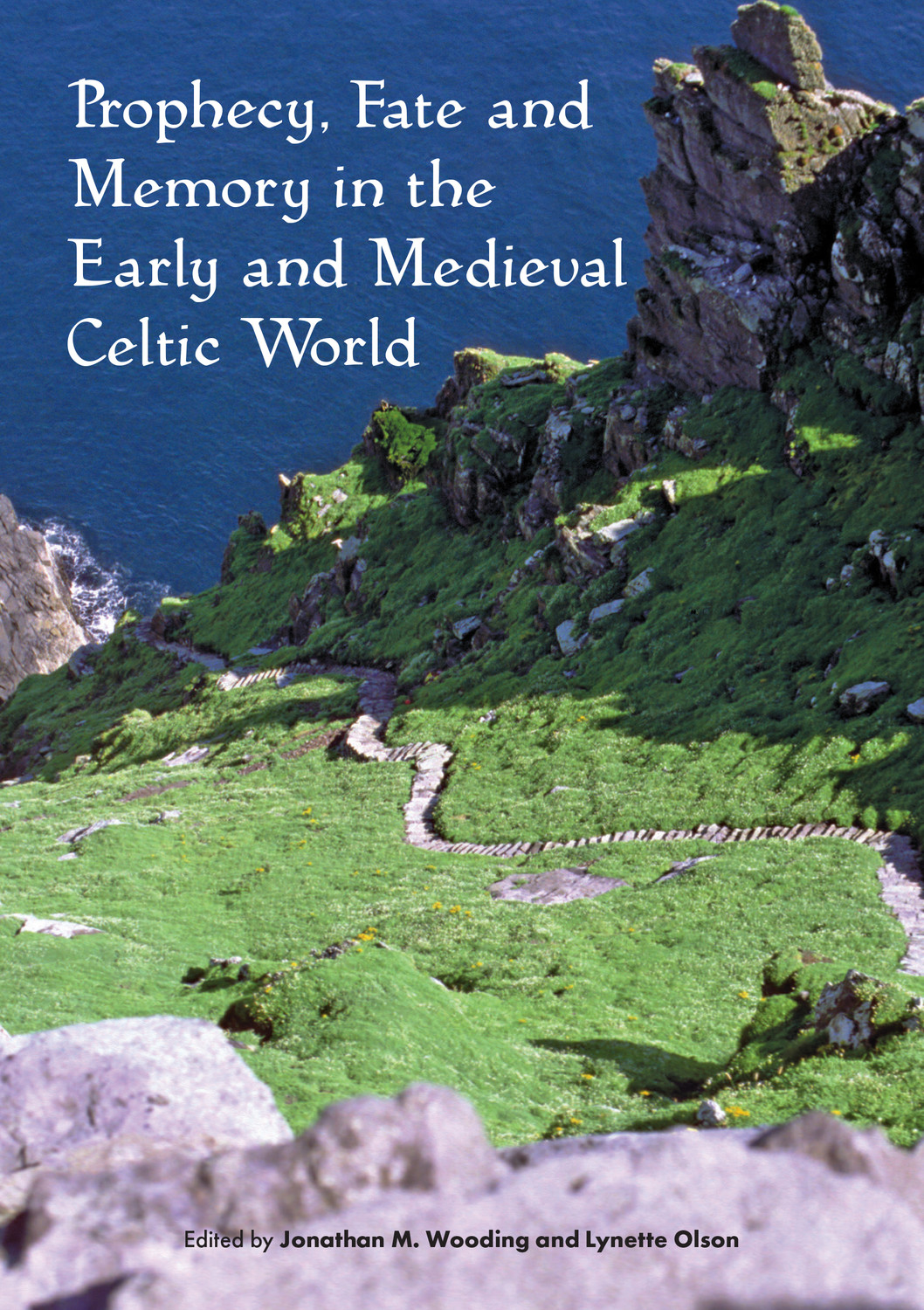 Prophecy, Fate and Memory in the Early Medieval Celtic World

Prophecy, Fate and Memory in the Early and Medieval Celtic World brings together a collection of studies that closely explore aspects of culture and history of Celtic-speaking nations. Non-narrative sources and cross-disciplinary approaches shed new light on traditional questions concerning commemoration, sources of political authority, and the nature of religious identity. Leading scholars and early-career researchers bring to bear hermeneutics from studies of religion and literary criticism alongside more traditional philological and historical methodologies.

All the studies in this book bring to their particular tasks an acknowledgement of the importance of religion in the worldview of antiquity and the Middle Ages. Their approaches reflect a critical turn in Celtic studies that has proved immensely productive across the last two decades.

1. Poeninus and the Romanisation of the Celtic Alps by Bernard Mees
2. Landscapes, myth-making and memory: ecclesiastical landholding in Early Medieval Ireland by Tomás Ó Carragáin
3. Remembering and forgetting holy men and their places: an inscription from Llanllŷr, Wales by Jonathan M. Wooding
4. Early Irish Peregrinatio as salvation history by Meredith D. Cutrer
5. Insular influences on Carolingian and Ottonian literature and Art by Penny Nash
6. The De xii abusivis saeculi and prophetic tradition in seventh-century Ireland by Constant J. Mews
7. Memories of Gildas: Gildas and the Collectio canonum Hibernensis by Stephen Joyce
8. Armes Prydein as a legacy of Gildas by Lynette Olson
9. A woman’s fate: Deirdre and Gráinne throughout literature by Roxanne T. Bodsworth
10. ‘No remission without satisfaction’: canonical influences on secular lawmaking in High Medieval Scotland by Cynthia J. Neville
11. Esoteric tourism in Scotland: Rosslyn Chapel, The Da Vinci Code, and the appeal of the ‘New Age’ by Carole M. Cusack