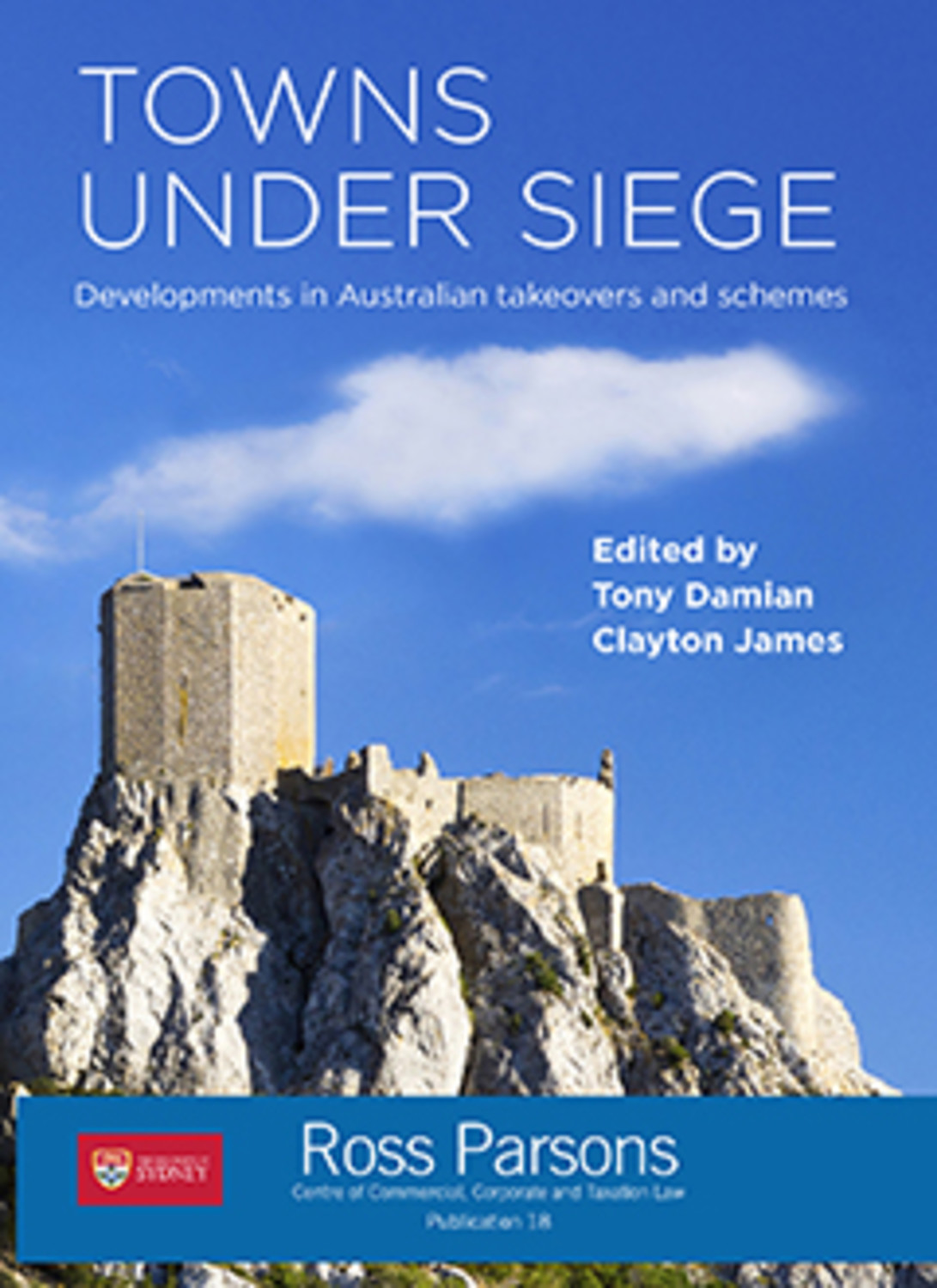 Developments in Australian takeovers and schemes

Towns Under Siege is a collection of chapters regarding developments in the law and practice of Australian takeovers and schemes. It features contributions from members of the Takeovers Panel, and also from the Australian Securities and Investments Commission, as well as practitioners from leading international law firm Herbert Smith Freehills.

The book contains a foreword by David Gonski AC.

Tony Damian and Andrew Rich are Partners at leading international law firm Herbert Smith Freehills. With half a century of deal experience between them, they have acted on some of Australia’s most significant public M&A and corporate restructuring deals.