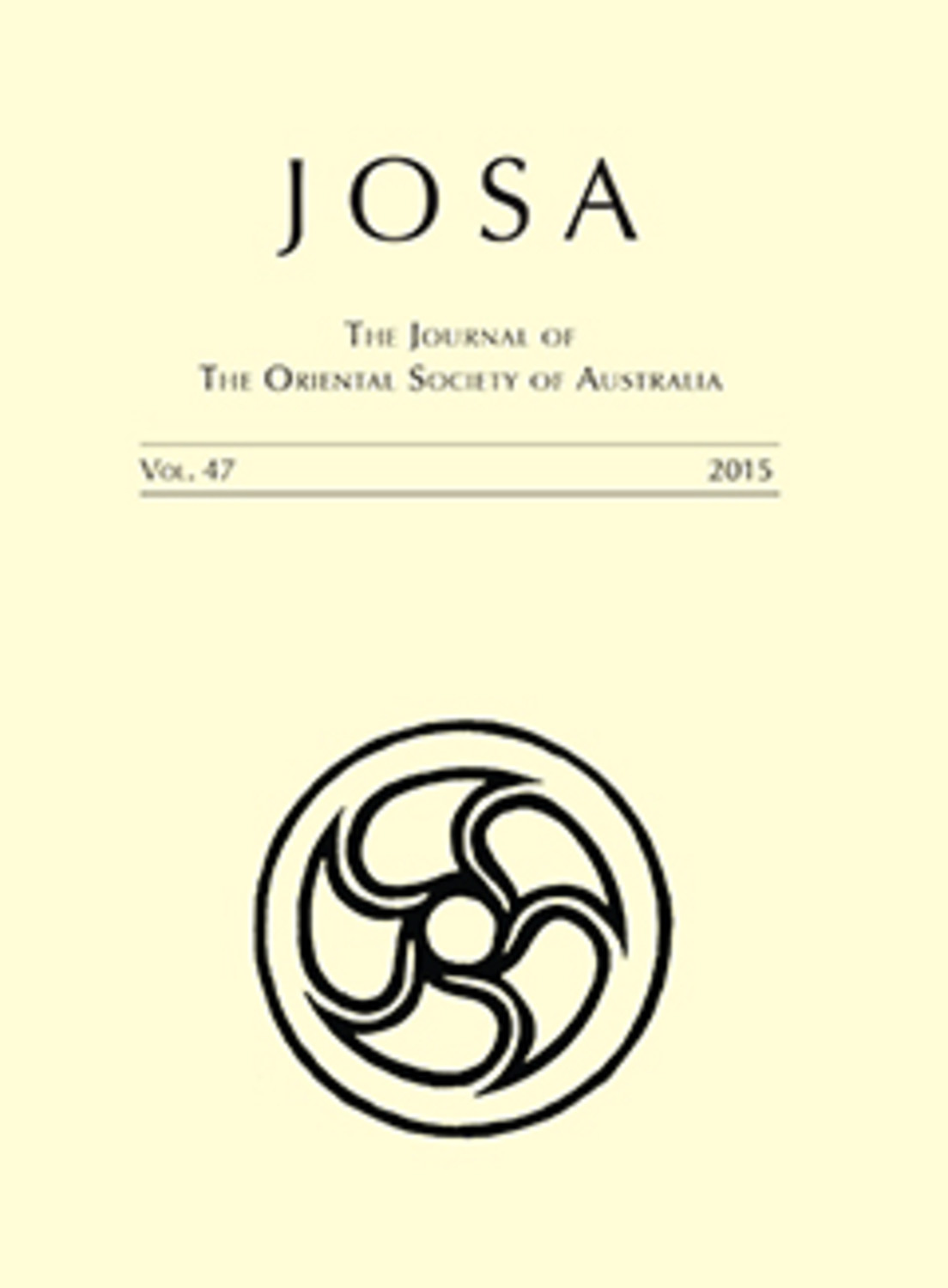 The Journal of the Oriental Society of Australia, Vol. 47