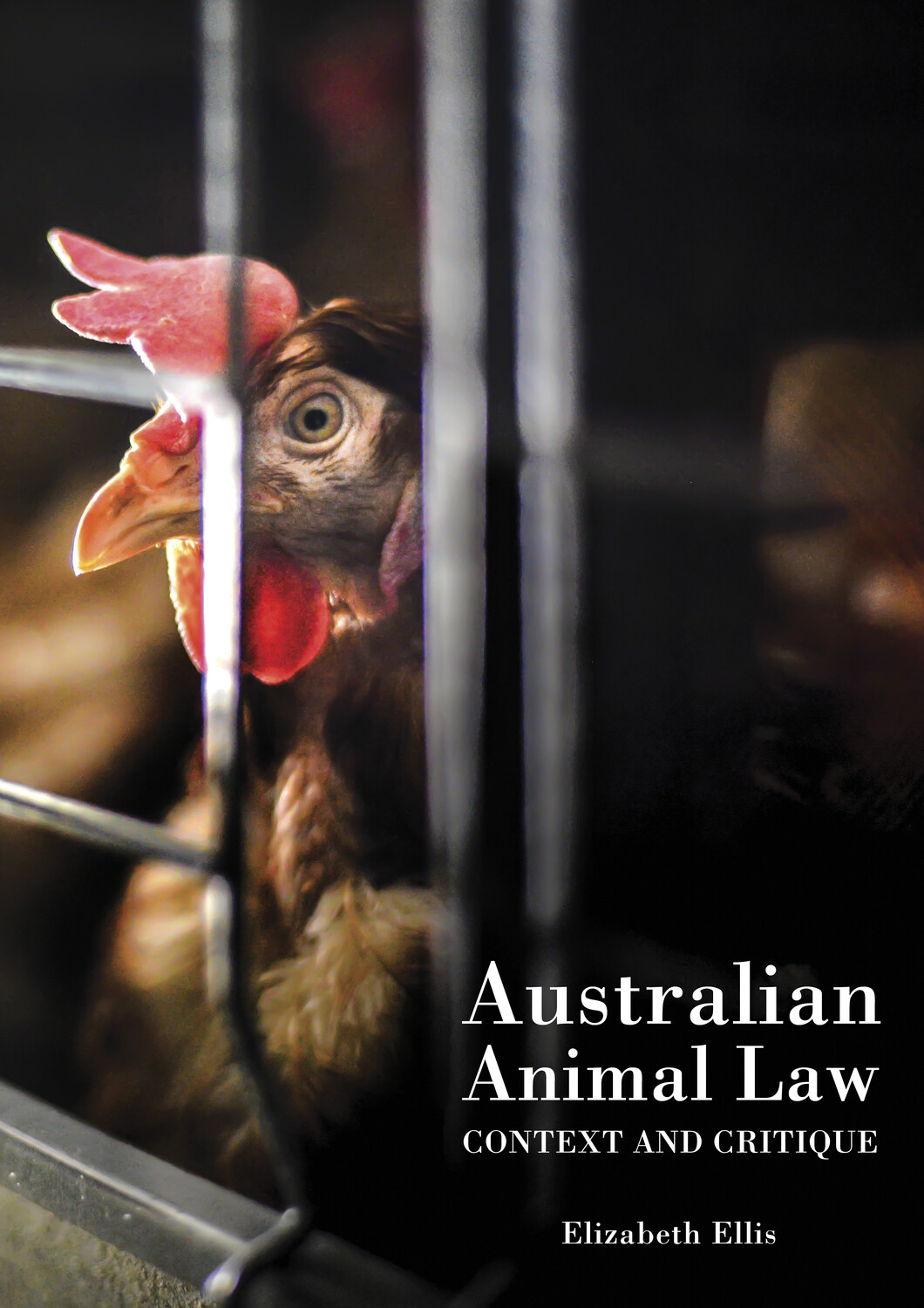 Australian Animal Law: Context and Critique provides comprehensive information about the legal and regulatory framework governing the interaction between humans and animals.

By relating specific content areas to the discipline’s broader characteristics and themes, researcher Elizabeth Ellis exposes the systemic nature of current problems and the consequent need for significant change. This book also illustrates the role of official animal protection narratives in legitimising the existing system despite the many factual flaws they contain.

Ellis covers the major areas of animal law in detail, incorporating accessible contextual material and allowing readers to consolidate their understanding and build upon their knowledge. Key areas include the concept of unnecessary animal suffering, the effective exemption of most animals from the operation of cruelty laws, regulatory conflicts of interest, the hidden nature of animal use and the lack of transparency in animal law.

Australian Animal Law is an essential resource, inviting reflection on the way the law helps to construct the relationship between human and non-human animals, including through its silences and omissions.

Elizabeth Ellis is an honorary senior fellow with the School of Law at the University of Wollongong where she taught for many years. She introduced animal law into the Bachelor of Laws degree in 2008, making UOW one of the earliest Australian universities to teach the subject.

What is Animal Law?
Legal and Regulatory Framework
Companion Animals
Farmed Animals
Animals Used for Entertainment, Sport and Recreation
Animals in the Wild
The Use of Animals in Research and Teaching
(Re)telling the Animal Law Story

"Her new book, which focuses on Australian law but also considers the global situation, is an important document and comes at a time when the divide between what consumers expect, based on their growing concern for animal wellbeing, and what they unwittingly support is perhaps more pronounced than ever before."