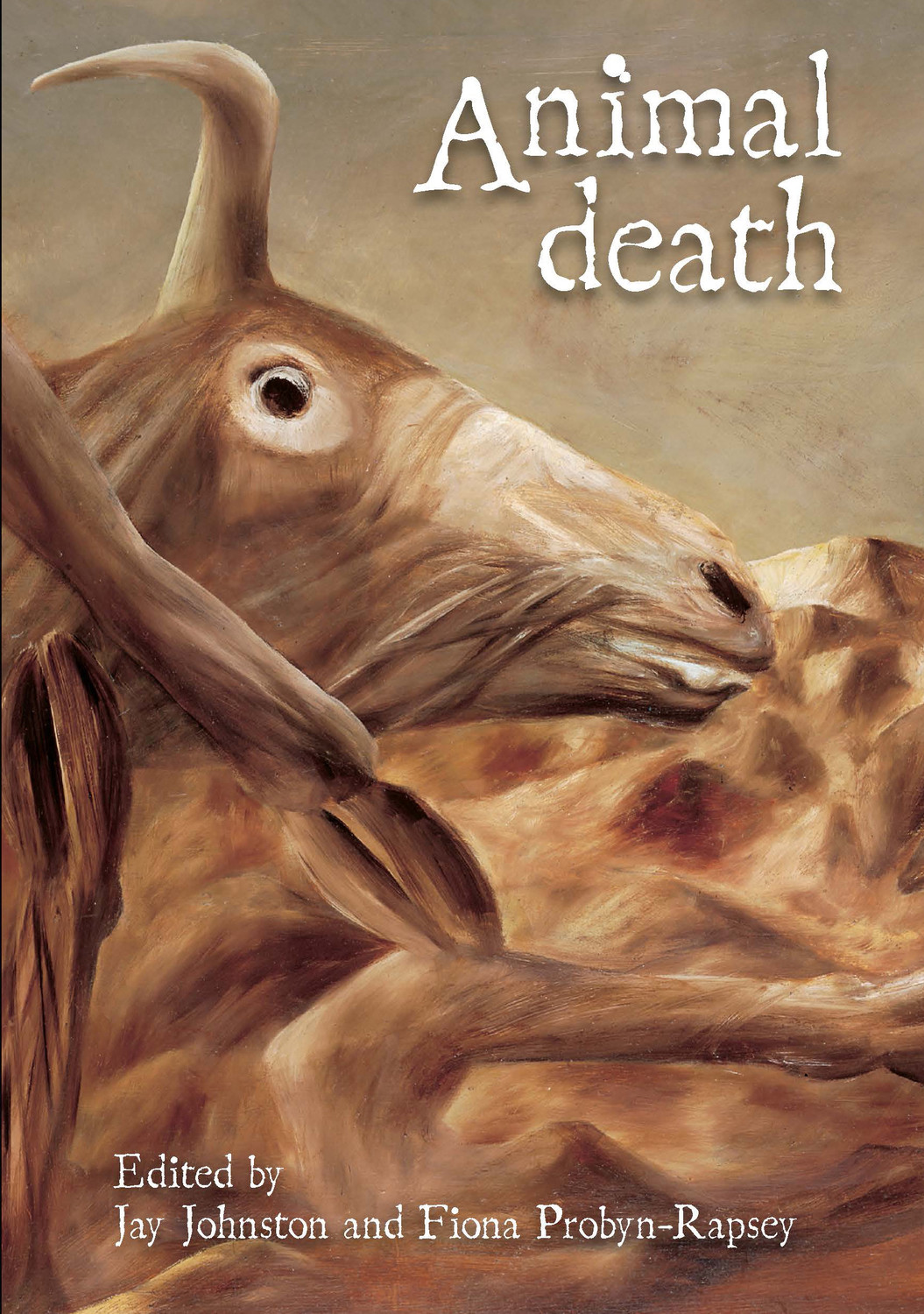 Share on Facebook Tweet on Twitter Email
'A danger for animal studies is that too heavy an emphasis on animal suffering and death risks catalysing further inertia: either by contributing to a sense of powerlessness, or by provoking others to rile against perceived opprobrium. From this perspective, Animal Death is a triumph. The chapters dealing with issues such as factory farming are unsparing, but equally argue that optimism is not impossible if such topics are broached with cultural and philosophical understanding.'
Tags: animal ethics, Animal Publics, Animal rights, Animal studies, Animal welfare, Animals, Fiona Probyn-Rapsey, Human-animal relationships., Jay Johnston

1. In the shadow of all this death by Deborah Bird Rose
2. Human and animal space in historic ‘pet’ cemeteries in London, New York and Paris by Hilda Kean
3. Necessary expendability: an exploration of nonhuman death in public by Tarsh Bates and Megan Schlipalius
4. Confronting corpses and theatre animals by Peta Tait
5. Respect for the (animal) dead by Chloë Taylor
6. Mining animal death for all it’s worth by Melissa Boyde
7. Reflecting on donkeys: images of death and redemption by Jill Bough
8. Picturing cruelty: chicken advocacy and visual culture by Annie Potts and Philip Armstrong
9. Learning from dead animals: horse sacrifice in ancient Salamis and the Hellenisation of Cyprus by Agata Mrva-Montoya
10. The last image: Julia Leigh’s The Hunter as film by Carol Freeman
11. Euthanasia and morally justifiable killing in a veterinary clinical context by Anne Fawcett
12. Preventing and giving death at the zoo: Heini Hediger’s ‘death due to behaviour’ by Matthew Chrulew
13. Nothing to see – something to see: white animals and exceptional life/death by Fiona Probyn-Rapsey
14. ‘Death-in-life’: curare, restrictionism and abolitionism in Victorian and Edwardian anti-vivisectionist thought by Greg Murrie
15. Huskies and hunters: living and dying in Arctic Greenland by Rick De Vos
16. On having a furry soul: transpecies identity and ontological indeterminacy in Otherkin subcultures by Jay Johnston
About the contributors
Index

‘This collection is a worthwhile read for those concerned about animal ethics. As Chloe Taylor writes, "how we treat the dead has direct implications for how we treat the living".’
Kelsi Nagy   Journal of Animal Ethics