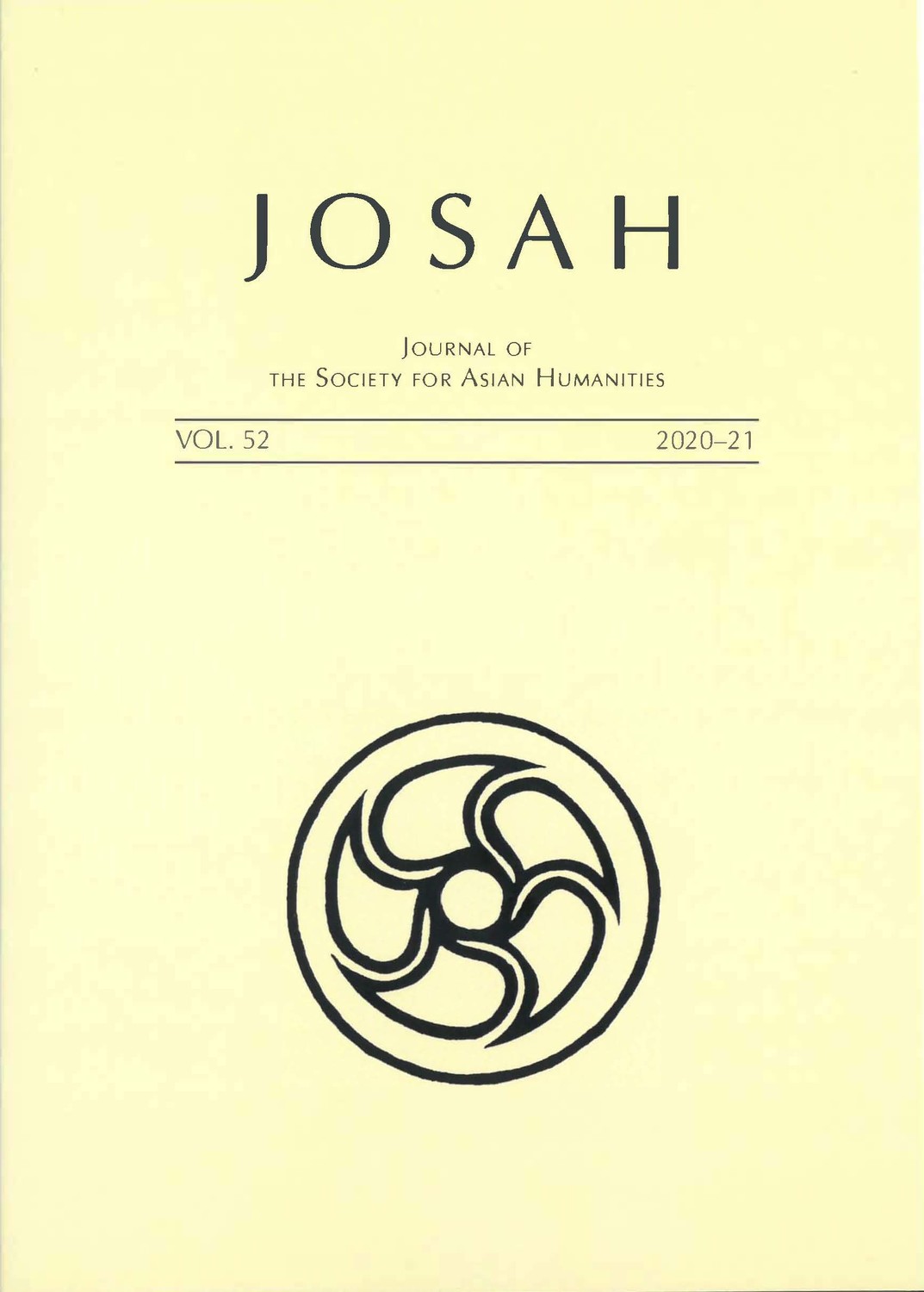 Journal of the Society for Asian Humanities, Vol. 52

Share on Facebook Tweet on Twitter Email
Journal of the Society for Asian Humanities (JOSAH) was formerly know as The Journal of the Oriental Society of Australia (JOSA). JOSA/JOSAH has been published annually since 1960 out of what is now the School of Languages and Cultures at the University of Sydney. A peer-reviewed journal, it carries papers in a range of disciplines, including literature, history, linguistics, archaeology, media, philosophy and politics, as well as substantial book reviews. Initially concentrated on China and Japan, in recent years its regional cover has expanded to include Korea, India, Tibet and South-East Asia.

What's in a Name? After 0rientalism, by guest editors Olivier Krischer and Meaghan Morris

Islamic Central Asia and the Russian-Soviet Orient, by Adeeb Khalid

Three Ways of Relating to Orientalism, by Chih-M!ng Wang

After Orientalism, by John Frow

Orientalism Between the Desire to Harm and the Desire for Knowledge, by Ghassan Hage

De-imagining Tibet: Beyond Orientalism, Reverse Orientalism and Other Traps in the Study of Himalayan Histories, by Jim Rheingans

‘Orientalism' and After: Impacting Feminist Theory in India, by Tejaswini Niranjana

Orientalisms in China, by Huaiyu Chen

Saidian Time: Orientalism at the Fulcrum of Global Histories of Art, by Mary Roberts

Scholarship at the Edge: Reflections About Teaching History of the Arab World and Islam in Australia After Orientalism, by Lucia Sorbera

On the Sources of Lu Xun's Treatise on Mara Poetry: Some Issues and a Few Answers, by Jon Eugene von Kowallis

Sowing the Seeds of Sinology in Australian Gardens: the Life and Career of Harry Simon, Foundation Professor of Chinese at the University of Melbourne’, by Jon Eugene von Kowallis