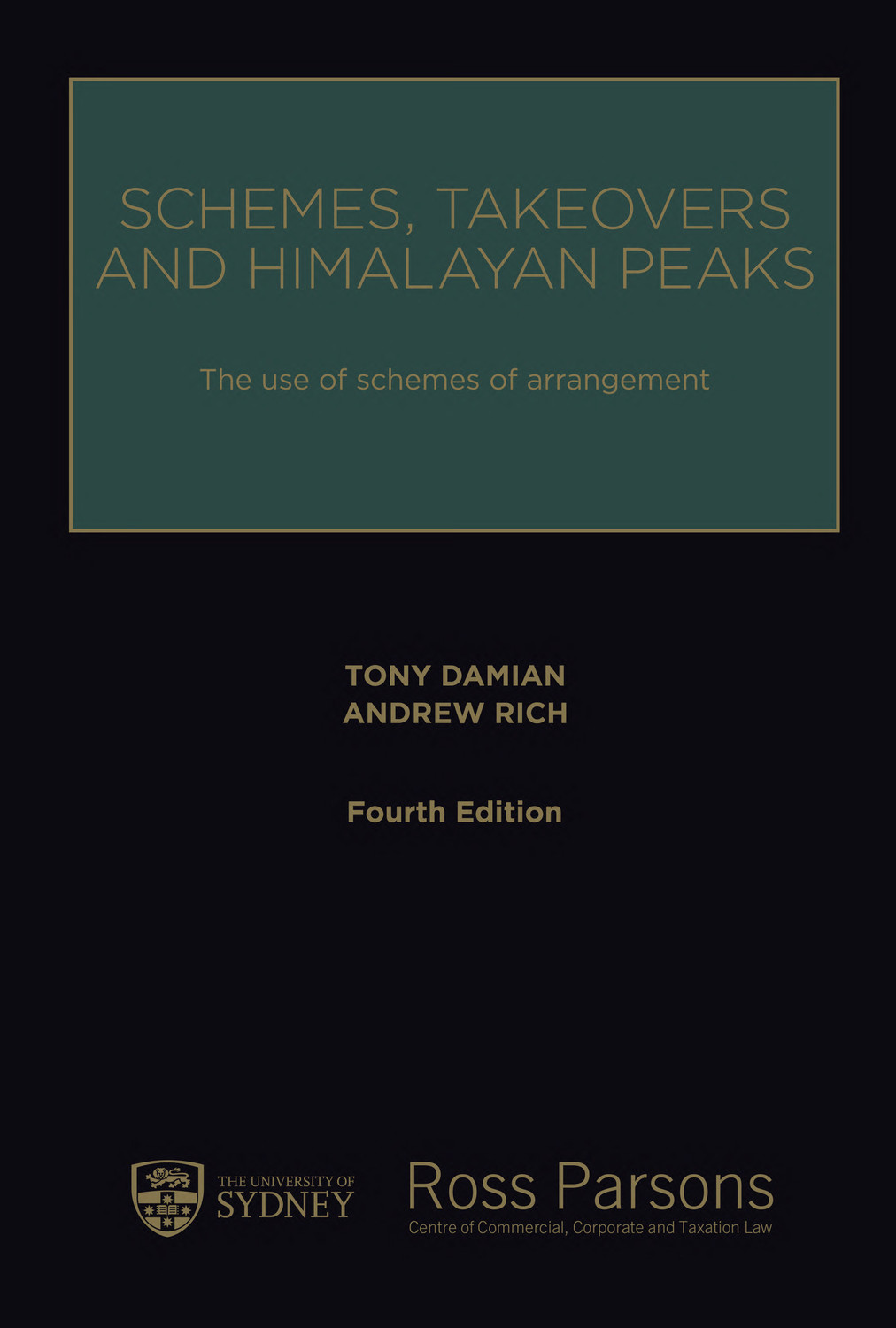 The use of schemes of arrangement

This fourth edition covers developments since 2013 and around 800 new cases. In addition to its detailed analysis of schemes of arrangement in Australia, it examines the scheme procedure in England and certain other jurisdictions. It also discusses trust scheme mergers, reverse takeovers, private equity deals, demergers, stub equity structures, joint bids, redomiciliations and amalgamation and reconstruction transactions.

Previous editions of Schemes, Takeovers and Himalayan Peaks have been cited in more than 40 court decisions. It is an essential work for lawyers, barristers, directors, executives, investment bankers, insolvency practitioners and others involved in change of control transactions and corporate restructurings. It is also useful for students, and for those interested in the policies that underpin the laws and practices regulating change of control transactions and corporate restructurings.

Tony Damian and Andrew Rich are Partners at leading international law firm Herbert Smith Freehills. With half a century of deal experience between them, they have acted on some of Australia’s most significant public M&A and corporate restructuring deals.

6. Classes, Interests and Equality of Opportunity in Schemes

8. The Role of Schemes of Arrangement

9. Other Transactions by way of Scheme

10. The Early History and Parliament's Approach

11. Interpretation and Application of Subsection 411(17)

16. Deeds of Company Arrangement
17. A Final Policy and Reform Perspective