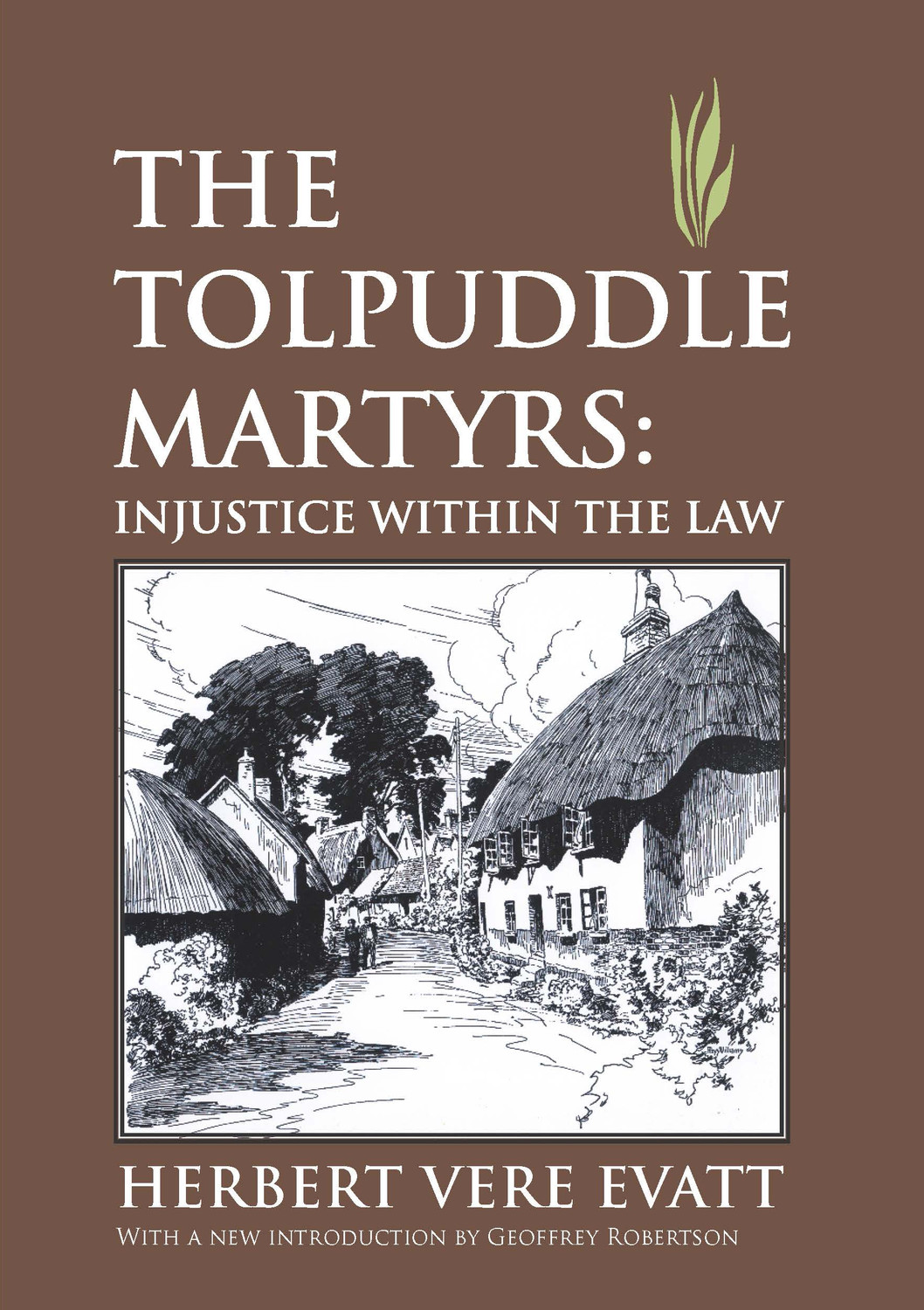 Injustice Within the Law

The legend of the six rural labourers who were transported to Australia in 1834 for swearing an oath of solidarity is celebrated as the foundation of the modern trade union movement. In his introduction to this new edition of Herbert ('Doc') Evatt's brilliant account, Geoffrey Robertson points out that the case stood for something different, and something very frightening: that oppression and cruelty do not always fail. Indeed, they sometimes succeed beyond the hopes of the oppressors.

The labourers suffered no violence 'save the extreme and horrible violence of the law itself'. The true lesson from the story demonstrates that societies need guarantees to prevent 'injustice within the law'. The Tolpuddle Martyrs inspired Doc Evatt's support for the Universal Declaration of Human Rights in 1948. Robertson argues that it should inspire the Rudd Labor government to legislate for a bill of rights in Australia today.

Herbert Vere Evatt (1894–1965) was an Australian judge, lawyer, politician, and writer who presided over the United Nations General Assembly (1948–1949) and helped draft the Universal Declaration of Human Rights.


E.H. Burgmann
1. The importance of the case
2. Social and economic background
3. The politicians and trade unionism
4. Organisation and prosecution
5. ‘The course of justice’
6. What the magistrates did
7. Part played by the juries
8. An account of the evidence
9. Were the convictions bad?
10 Opinions as to the legal position
11. Judge Williams and the sentences
12. Whigs and Tories in agreement
13. Treatment of the prisoners in Australia
14. The pardons
15. The Church’s attitude
16. Consequences of the case
17. The lesson of martyrdom
Appendix 1: list of important dates
Appendix 2: about Doc Evatt
Appendix 3: acknowledgements
Notes
Index

'Showcasing the careful scholarship and precise intellect for which the author was known, the book comes with a new introduction written by eminent lawyer and author Geoffrey Robinson ... This work still resonates strongly with contemporary debates over new legislation passed in a number of western democracies, including Australia, where rights to a free and fair trial, timely justice, freedom of expression and association, among others, are being limited or entirely compromised.'
Erik Eklund   Labour History

'When set against the background of such triumph, failure and tragedy, it would be easy to overlook or underestimate Evatt’s very considerable achievements and abilities as a historian. The Tolpuddle Martyrs perhaps finds him at the height of his intellectual powers. This book is a remarkable exercise in scholarly discipline and objectivity; one in which the passionate advocate of social justice is balanced by the jurist ... '
Frank Bongiorno   Australian Journal of Politics and History

'Evatt carefully traces how the law was used against these vulnerable men by those with more money and power in the locality ... Geoffrey Robertson's elegantly written introduction to this re-issue of Evatt's treatise suggests that the Doc's recognition that law can be a vehicle for injustice was pivotal in inspiring his personal commitment to establishing guarantees of basic human rights in modern society.'
Journal of Political Economy