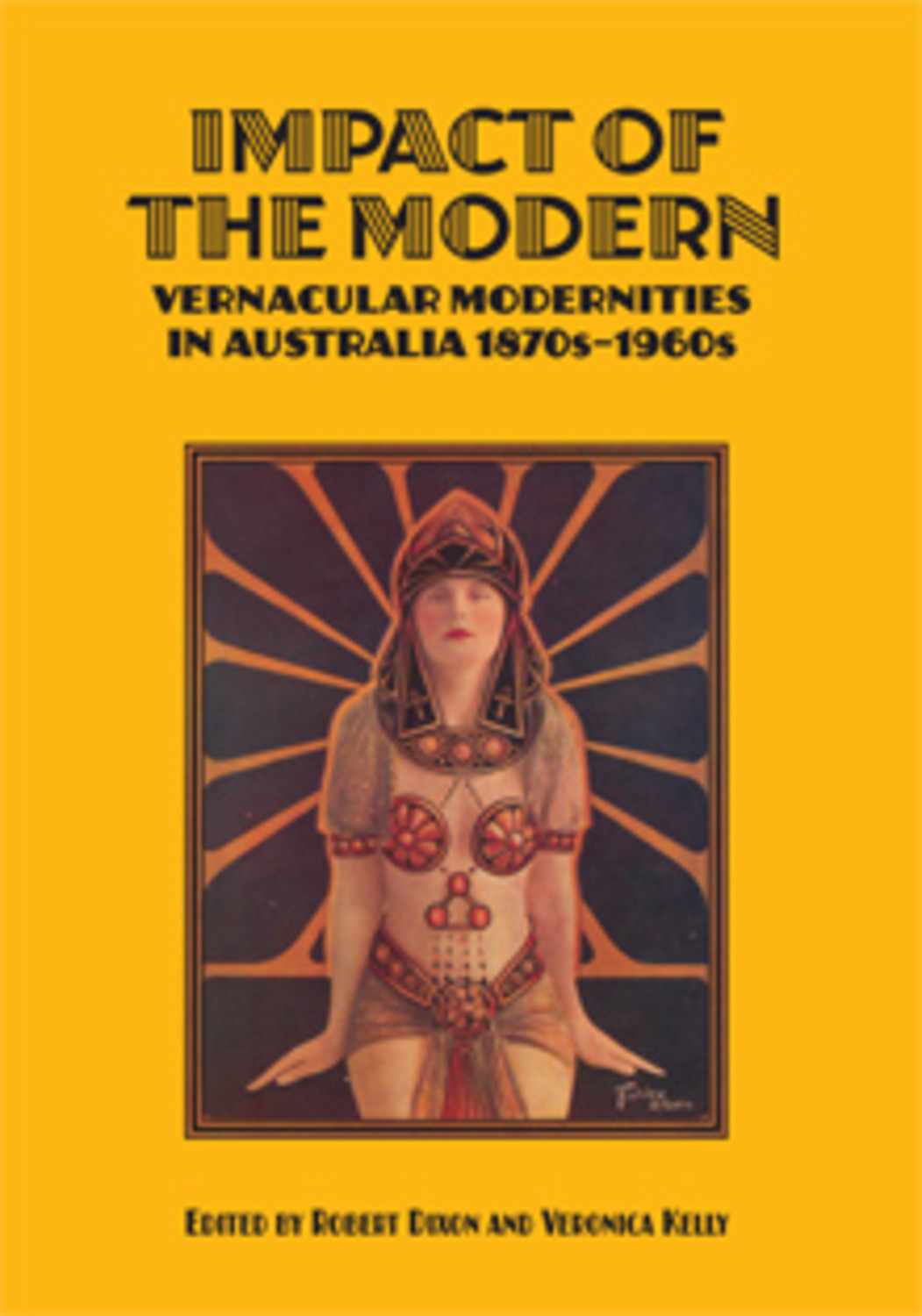 Impact of the Modern

Australian and international modernity from the late 19th to the mid-20th century inspires research in many fields of cultural endeavour: architecture, fine arts, design, cinema, theatre, and music; in urban studies, literary history and Aboriginal studies. Impact of the Modern brings together examples of this new interdisciplinary work on modern Australian culture by 21 leading scholars. Their writings reveal an original account of 'modernising' Australia as dynamic and creative in many art forms, and interactively linked with international processes and ideas.

Veronica Kelly is professor emerita in the School of Communication and Arts at the University of Queensland.

Section 4: sites of leisure, pleasure and consumption
16. Exhibiting ourselves: myth-making and modernity at the 1879 Sydney International Exhibition
Ailsa McPherson
17. The Turkish bath in Australia: an exotic eastern delight or a home-grown utility
Susan Aykut
18. The circus and the amusement park: a site of contestation near Princes Bridge, Melbourne
Gillian Arrighi
19. Pools and the modernising of the landscape
Hannah Lewi

' ... this is a volume which any Australianist scholar interested in cultural history, and its popular manifestations, can dip into. Much new knowledge is demonstrated here as well as new discoveries about old traditions and the place of Australia within the climate of international modernist debate in the period 1870 to 1960.'
Victor Emeljanow   Australasian Drama Studies

' ... this impressive volume is a must for researchers interested in all aspects of modernism and modernity, from an Australian perspective and beyond.'
Joanne Tompkins   Contemporary Theatre Review

'Impact of the Modern provides a series of entry points into "the modern" in an Australian context and as such, is a welcome complement to recent volumes on the immediate subject while offering much to the wider field of modernist studies.'
Tanya Dalziell   Modernism/Modernity

'The collection is engagingly interdisciplinary and makes a convincing case for prosopography as a useful tool for understanding both modernism and a wide range of performances in Australia in the late-nineteenth and early twentieth centuries.'
Liz Schafer   New Theatre Quarterly