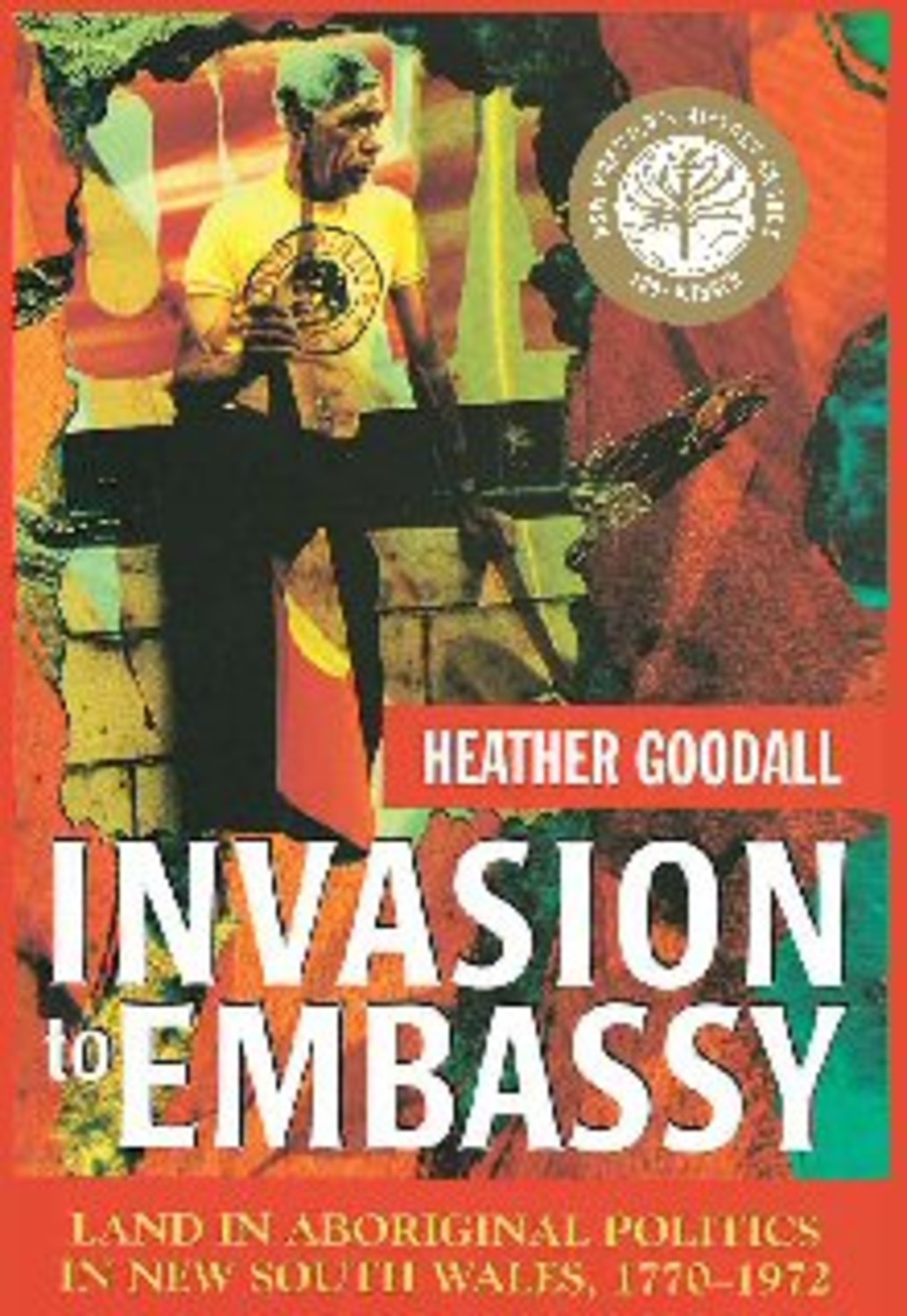 Invasion to Embassy challenges the conventional view of Aboriginal politics to present a bold new account of Aboriginal responses to invasion and dispossession in New South Wales. At the core of these responses has been land: as a concrete goal, but also as a rallying cry, a call for justice and a focal point for identity.

This rich story is told through the words and memories of many of the key activists who were involved in the struggles on the lands and in the towns of New South Wales. By exploring interactions between Aboriginal and non-Aboriginal people over land, this book enables us to understand our history through the reality of the conflicts, tensions, negotiations and cooperation which make up our experience of colonialism.

Invasion to Embassy is unique in presenting NSW Aboriginal history as a history of activism, rather than a saga of passivity and victimisation. In telling this engrossing story, Heather Goodall reveals much about white Australians – not only as oppressors, but as allies and as newcomers who must in turn sort out their relations to the land.

Heather Goodall is professor emerita of history at the University of Technology, Sydney.

Part 3: ‘for land and liberty’ – defending the land, 1910s to 1930
10. Land, children and power
11. Dispossessions
12. Fighting back: Aboriginal political organisation

'Goodall set herself a very difficult task. She has accomplished it with remarkable success. This extremely well-grounded book conclusively demonstrates that even the most settled areas of New South Wales have not ceased to be Koori country'
Patrick Wolfe   Oceania

'This very accessible text should contribute significantly to bringing the Aboriginal experience of this part of Australia to the fore in public as well as in educational contexts. It celebrates the continuities and strengths of New South Wales indigenous societies whilst placing them firmly within the structures and relationships of the state.'
Gaynor Macdonald   Aboriginal History

'Invasion to Embassy is one of the most important works published in the field of Aboriginal history over the last decade. It is an unusual book in the context of 1990s publishing: long, with over 360 pages of text, full endnotes and a 15-page bibliography, the product of over 20 years of painstaking research. It is as close to a definitive study of its subject as we are likely to have.'
Andrew Markus   Australian Historical Studies

' ... the book provides an extensive coverage of the major political issues that have confronted the indigenous peoples of New South Wales and the contemporary forms of political organisation, activism and resistance with which they were met. It achieves a historical breadth rarely achieved in anthropological works.'
Barry Morris   Anthropological Forum

'With one eye on their concerned constituencies, state politicians have called unrealistically for native title to be legislated away. Heather Goodall's excellent study, Invasion to Embassy, shows why this would be both unjust and immoral.'
David Day   Australian Journal of Political Science