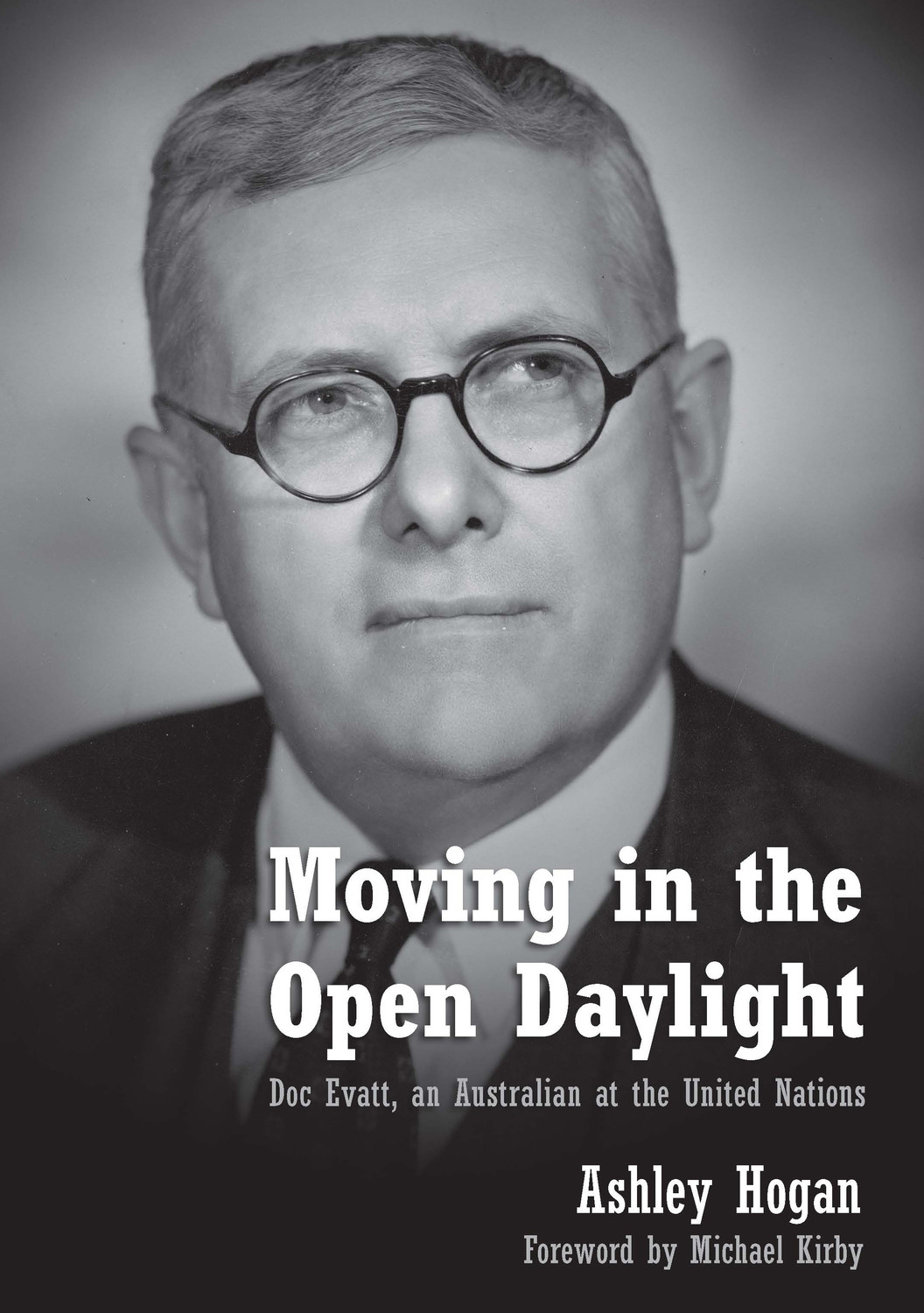 Moving in the Open Daylight

Doc Evatt, an Australian at the United Nations

The year was 1945. The place was San Francisco. The topic was the world.

Ashley Hogan tells the story of a moment in human history when Australia became known for its courage and liberalism. At the conference that founded the United Nations, Australia spoke to the Great Powers on behalf of the other nations of the world with a voice that commanded universal respect. That voice belonged to Dr Herbert Vere Evatt.

Three years later, Doc Evatt's commitment to an international order that included all nations was rewarded by his election as President of the General Assembly. His belief that lasting peace could not be secured without economic and social justice flowered into the Universal Declaration of Human Rights.

Moving in the Open Daylight is a short book about a big story. For a world that has once again become rent by inequality and war, it is an important and inspiring story.

Ashley Hogan has an honours degree in Australian history and has previously published on gender and class in colonial society.

Michael Kirby is an Australian jurist and academic who is a former Justice of the High Court of Australia.

Endnotes
Bibliography
About the Evatt Foundation

'In succinct accounts, seasoned by secondary corroboration, Hogan conveys the complexity and magnitude of the issues with which Evatt dealt in his prominent association with the United Nations – over Palestine, for example, and the emerging doctrine of human rights.'
Nicholas Brown   History Australia

' ... a short book of about 18,000 words that, in its own terms, does not seek to break new ground, ‘but rather to provide a readily accessible introduction to the story of Evatt and the United Nations’ (p. 67). It does this in an orderly and readable way, and on the whole is even-handed in dealing with the complexities of its subject.'
Brian Galligan   Labour History