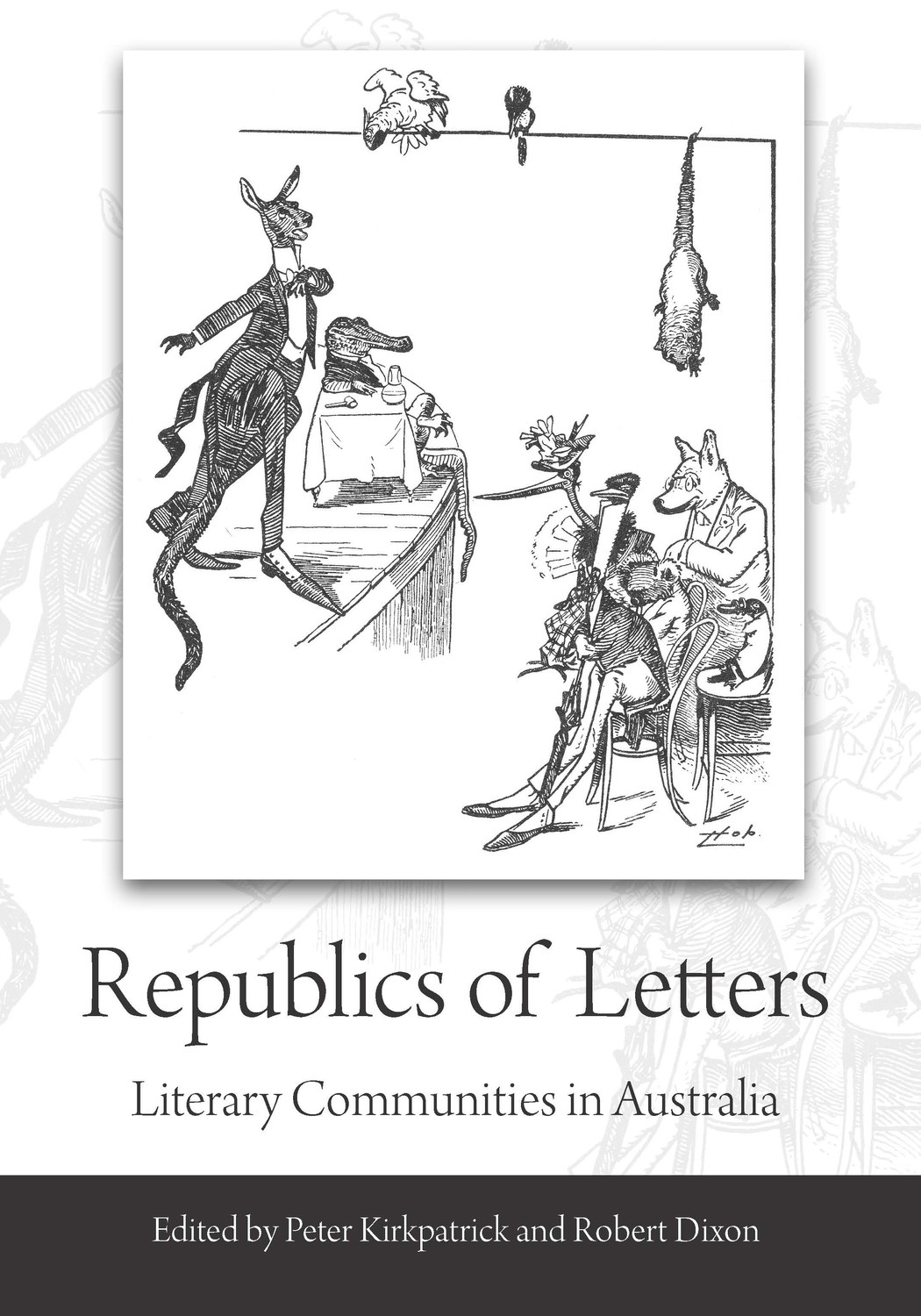 Republics of Letters: Literary Communities in Australia is the first book to explore the notion of literary community or literary sociability in relation to Australian literature. It brings together twenty-four scholars from a range of disciplines – literature, history, cultural and women's studies, creative writing and digital humanities – to address some of the key questions about Australian literary communities: how they form, how they change and develop, and how they operate within wider social and cultural contexts, both within Australia and internationally.

Peter Kirkpatrick is an associate professor of Australian literature at the University of Sydney.

Introduction: republics of letters and literary communities by Peter Kirkpatrick and Robert Dixon

Part 3: sociality, gender and genre
12. The great parenting tradition: charting a history of parenting-book writers and readers in colonial Australia by Michelle de Stefani
13. Reading publics, watching audiences: Lady Audley’s Secret in 19th-century Melbourne by Susan K. Martin
14. ‘I must be my own director’: Cynthia Reed, Elisabeth Lambert and Read & Harris, Publishers by Jane Grant
15. ‘Opposing all the things they stand for’: women writers and the women’s magazines by Susan Sheridan
16. Seven writers and Australia’s literary capital by D’Arcy Randall

Part 4: unsettlements – emerging literary communities
17. ‘Networking, bumping into, sucking up to, catching up with, meeting, greeting, chatting, joking, criticising’: the emerging writers’ community as respublica literaria by Keri Glastonbury
18. An unsettled community: Harpur’s carnival, Harris’ assonance, Mackellar’s code by Michael Farrell
19. The beginners guide to being an Australian: John O’Grady’s They’re a Weird Mob by Lindsay Barrett
20. ‘He lacks almost all the qualities of the novelist’: G.M. Glaskin and his Australian contemporaries by Jeremy Fisher
21. Anthologies and the anti-republic of Australian gay and lesbian poetry by Ann Vickery
22. ‘All the village was running’: some voices from young refugees in western Sydney by Lachlan Brown
23. Distance by Bonny Cassidy