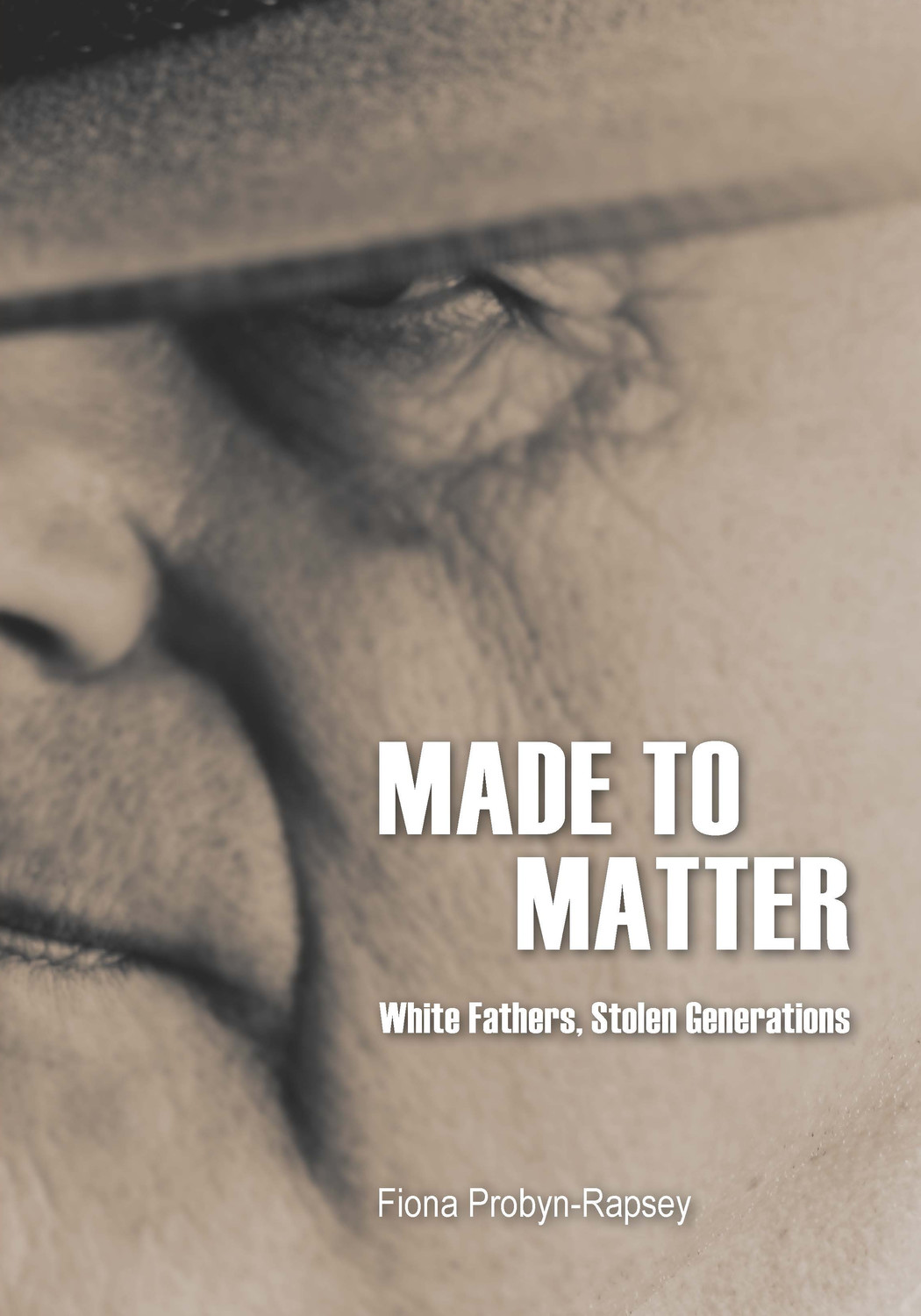 Most members of the Stolen Generations had white fathers or grandfathers. Who were these white men? This book analyses the stories of white fathers, men who were positioned as key players in the plans to assimilate Aboriginal people by ‘breeding out the colour’. The policy was an cruel failure. It conflated skin colour with culture and assumed that Aboriginal women and their children would acquiesce to produce ‘future whites’. It also assumed that white men would comply as ready appendages, administering ‘whiteness’ through marriage or white sperm. This book attempts to put textual flesh on the bodies of these white fathers, and in doing so, builds on and complicates the view of white fathers in this history, and the histories of whiteness to which they are biopolitically related.

'In openly analysing the 'Great Australian silence' and 'cults of disremembering' that surround sexual intimacy between white Australians and Aboriginal people, Made to Matter breaches the uncomfortable reality of colonial history.'
Valerie Cooms   Cultural Studies Review

'This is an important book which casts light on the ‘open secret’, the depth of the white fathers’ abuse of children discarded and handed over to a cruel dormitory system bereft of comfort and kinship.'
Frances Devlin-Glass   The Australasian Journal of Irish Studies

'what this book does is make these white men matter. Yes, by making them into the matter of a book, but also figuratively, by making these men important, validating their stories by telling them without enough antidote. The typology is a worthwhile project.'
Brenda Machosky   Antipodes

'Probyn-Rapsey provides a nuanced typology of these men, which also provides the structure for her book ... Probyn-Rapsey’s book presents an interesting account of white fathers and presents a useful typology to begin to understand the complex spaces that exist between racial categories produced by colonialism.'
Shannyn Palmer   Journal of Australian Studies

‘It is rare to come across studies of important themes in the context of a national culture, such as the Australian, and think, why has this not been examined properly before? Fiona Probyn-Rapsey's Made to Matter. White Fathers, Stolen Generations represents such a study ... Made to Matter is an important book not least because it draws attention to an overlooked aspect of twentieth-century outback contact-zone history.’
Lars Jensen   Journal of the European Association for Studies of Australia (JEASA), Vol.6 No.1, 2015.