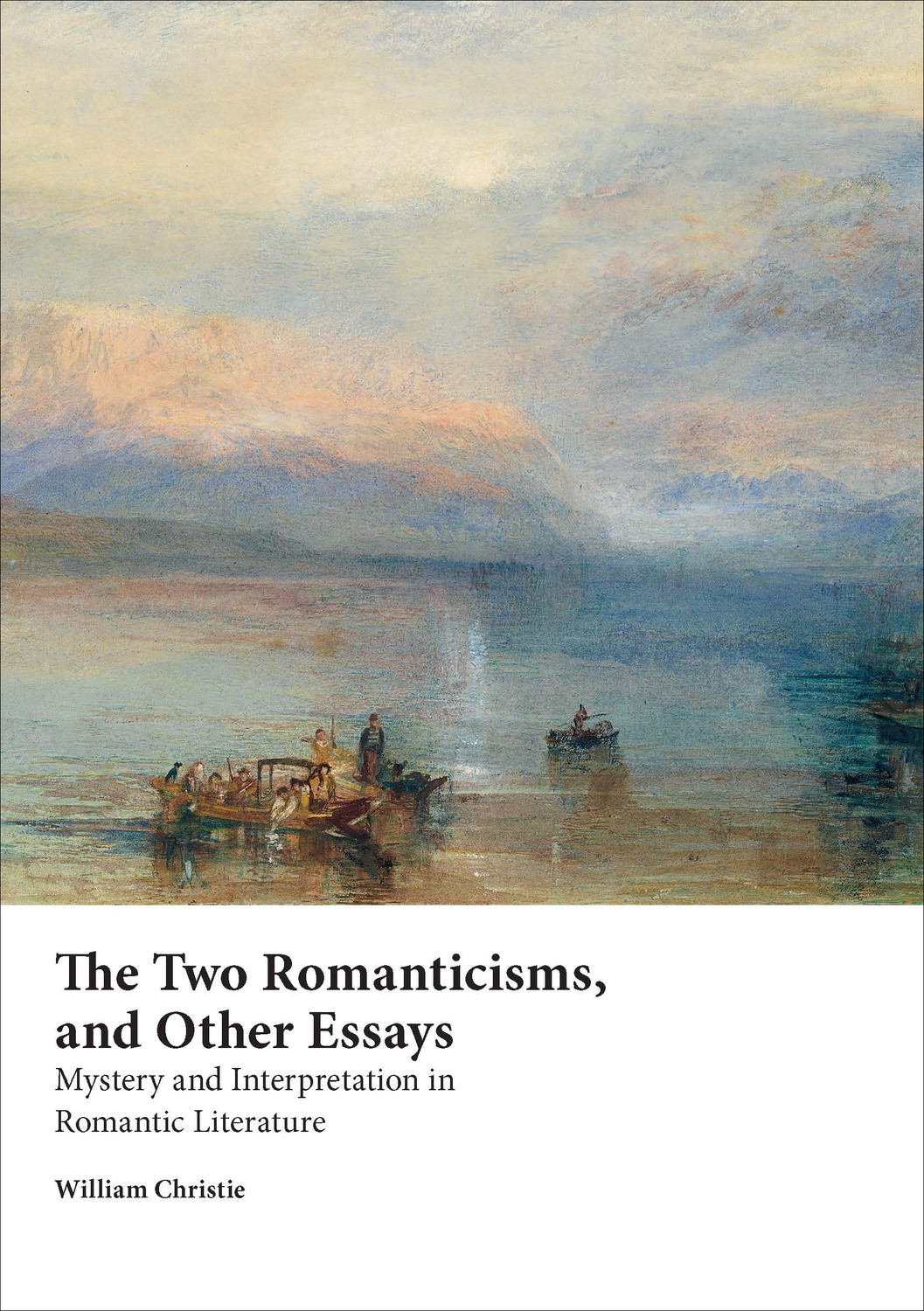 The Two Romanticisms and Other Essays

Mystery and Interpretation in Romantic Literature

The Romantic period is the most appealing but also the most confusing period of English literature for the student. Crucially, this book distinguishes between 'the Romantic' as modern critics use the term and 'the romantic' as it was used during the period itself.

The Two Romanticisms, and Other Essays is a collection of critical essays on Romanticism and select Romantic texts, designed to help teachers and students to make sense of the period as a whole and of the poems and novels that appear most frequently on school and university curricula. Each chapter offers a self-contained reading of a different canonical work while engaging with broader themes.

'Will Christie’s The Two Romanticisms is the ideal companion for exploring Romanticism and romanticism in England.
R. S. White (Author of John Keats: A Literary Life)

'The combination of breadth of interest and intense attention to detail makes this book a fascinating excursion into territory which continues to intrigue and even baffle but also to stimulate and inspire.'
Graham Tulloch FAHA, Professor of English, Flinders University

'It stands apart from other publications in the field in the depth and rigour of its scholarship, its welcome readability, and its relevance to contemporary university and senior secondary school curricula.'
Jacqueline Manuel, The University of Sydney

1. Coleridge, Austen, and the two Romanticisms
2. Wordsworth and the language of nature
3. Crossing over: Samuel Taylor Coleridge and the conversation poems
4. ‘The burden of the mystery’: William Wordsworth’s ‘Tintern Abbey’
5. The search for meaning in The Rime of the Ancient Mariner
6. Interpreting the politics of Pride and Prejudice
7. ‘Such is modern fame’: the Byronic hero from Childe Harold to Don Juan
8. Amelioration and madness in Percy Bysshe Shelley’s ‘Julian and Maddalo’
9. Mary Shelley’s Frankenstein: a critical and cultural heritage
10. Questing and questioning in the ‘Ode on a Grecian Urn’
Epilogue: the Romantic imagination
Further reading
Index

'Well-researched and reflecting a wealth of knowledge, Christie provides a concise chronology of the Romantic period - a good point of reference for any reader negotiating the dense field of Romanticism.'
Amanda Taplin   mETAphor

'Christie's distinction between the sensationalism of 'small "r" romanticism and the vaulting intellectual ambition of the 'capital "R" variant also allows beginners to ask questions about the relationship between popular literature and High Romanticism and explore their legacy in culture today.'
Alex Watson   Byron Journal