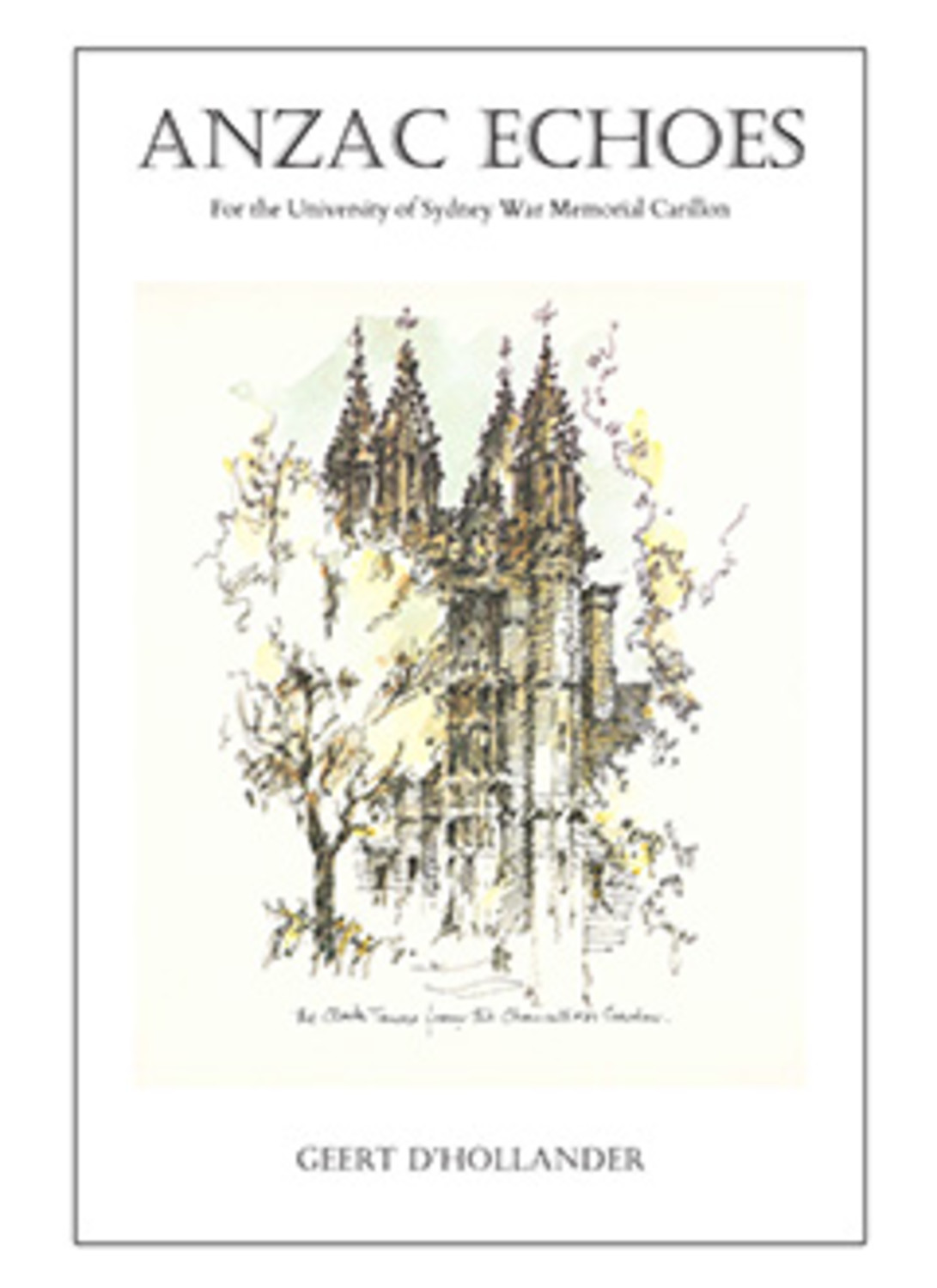 Anzac Echoes was commissioned to mark the 100th anniversary of the 1915 landing at Gallipoli, Turkey, by Australian troops. It rings out with a truly Australian flavour as it references patriotic Australian themes.

Because of the catastrophic losses sustained at Gallipoli by both the Australian and the New Zealand forces, an official remembrance day – Anzac Day – came into being in both countries the following year on 25th April. The acronym ANZAC stands for Australian and New Zealand Army Corps. Anzac Day has remained an important national holiday in both countries, commemorating not only the fallen from past conflicts but also those currently serving their country.

The University of Sydney War Memorial Carillon, located in the clock tower of the Quadrangle, was dedicated on Anzac Day, 25 April 1928. It commemorates the 197 University of Sydney undergraduates, graduates and staff who died in World War I, many of whose names are inscribed on the bells. The lowest note, G (four and a quarter tonnes), is dedicated to the Australian Imperial Forces (AIF). Built by Taylor’s Bell Foundry of Loughborough, England, the instrument has 54 bells with a range of four and a half octaves. Today the carillon is still central to the life of the University, heard daily as a living memorial to the fallen.

Anzac Echoes was premiered by Sydney University Organist and Carillonist Amy Johansen at the University’s Anzac Day Dawn Service in 2015.

Amy Johansen is the Sydney University organist and honorary carillonist.

Geert D'hollander is a carillonneur at Bok Tower Gardens and carillon composition teacher at the Royal Carillon School in Mechelen, Belgium.