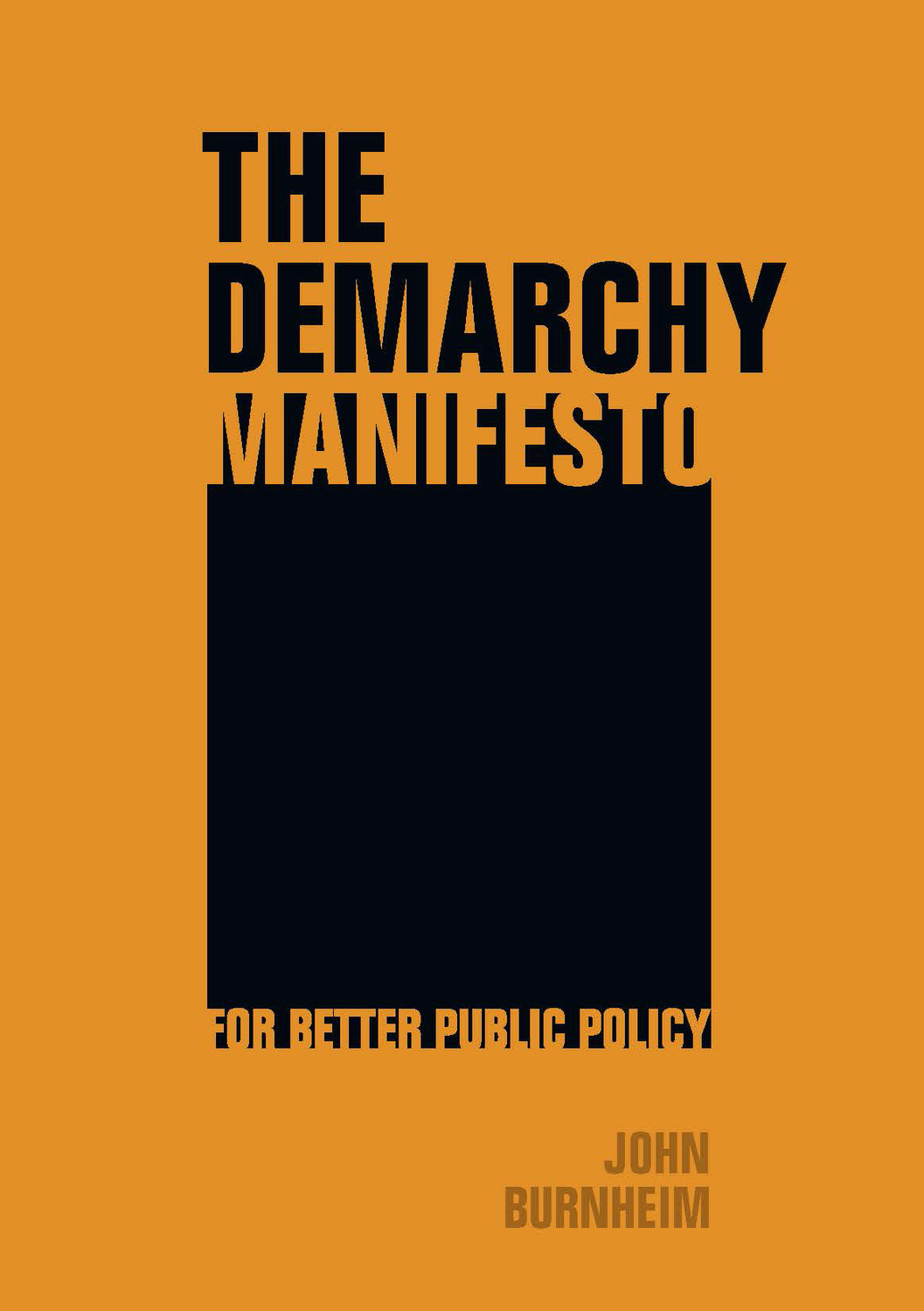 What is wrong with democracy as we know it? Too many decisions are the result of political deals based on the power strategies and tactics of politicians, not on the merits of the case. The voters can only accept or reject the packages the parties offer them.

The Demarchy Manifesto exploits the possibilities of modern communications to give a new role and focus to public discussion. It proposes taking the formulation of public policy out of the hands of political parties and putting it into the hands of those most strongly affected by particular issues. The aim is to tell the politicians what we want, after serious and focused, open discussion. Burnheim explains why this needs to be done and how it can be achieved through voluntary means without constitutional change.

‘John Burnheim’s Demarchy Manifesto isn’t just an insightful and deeply pragmatic inquiry into the legitimacy and effectiveness of contemporary representative democracy but also a handbook for citizens looking for a meaningful way to bring new energy and much needed relevance to the way we determine public policy. He puts skin on the bones of what it means to find the public good by arguing for a community-based transfer of policy-making from political parties to deliberative councils, representative of those most directly affected in the case at hand.’
Geoff Gallop, former Premier of Western Australia

'Moreover, even if ultimately rejected, this manifesto illustrates the potential for the radical reform of existing political systems.'
Ben Saunders   Political Studies Review