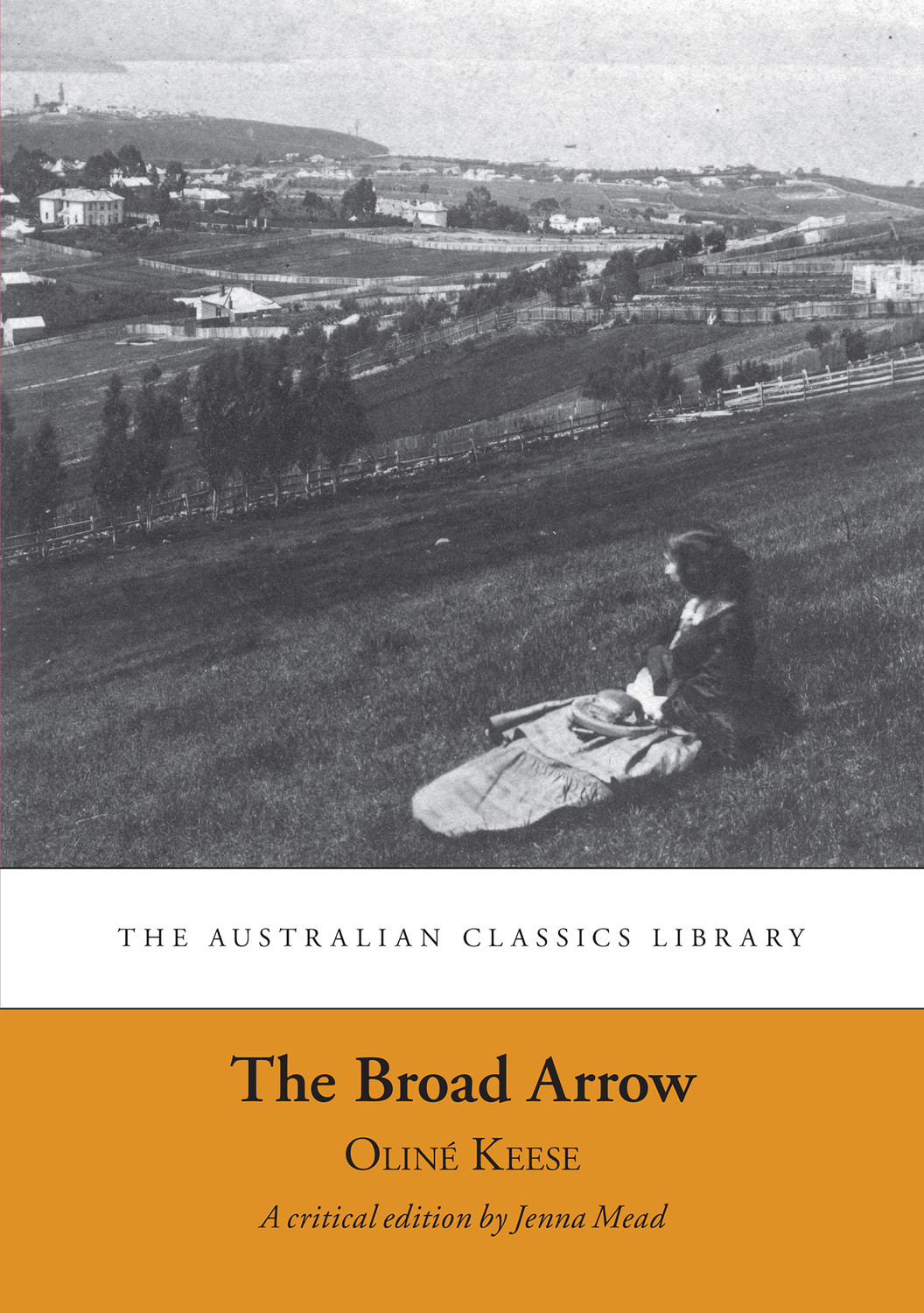 Being Passages from the History of Maida Gwynnham, a Lifer

Caroline Leakey, writing as Oliné Keese, published her first and only novel, The Broad Arrow, in 1859. It tells the story of Maida Gwynnham, a young middle-class woman lured into committing a forgery by her deceitful lover, Captain Norwell, and then wrongly convicted of infanticide. The novel’s title describes the arrow that was stamped onto government property, including the clothes worn by convicts—a symbol of shame and incarceration. With its ‘fallen woman’ protagonist, its gothic undertones and its exploration of the social and moral implications of the penal system, this little-known novel gives an insight into a significant chapter of Australian history from a uniquely female perspective. Published more than ten years before Marcus Clarke’s For the Term of His Natural Life (1870), it is also a neglected part of Australian literary history.

In this new critical edition, editor Jenna Mead restores material that was cut when the novel was reissued in a radically abridged version in 1886. This restored material is subtly highlighted, allowing interested readers to observe the extent and effect of the 1886 edits, without distracting from the story. It sheds light on the shifting tastes and priorities of the reading public and of publishers in the second half of the nineteenth century, while restoring for the first time in over a century the complete original text of Leakey’s important work.

Jenna Mead trained as a medievalist, specializing in English literature of the late fourteenth century. She has published research on the works of Geoffrey Chaucer and on inquiry into the afterlives of medieval culture, known as medievalism. She has also published research on Australian women's fiction and feminist cultural studies. A long-term commitment to pedagogy has produced papers in the scholarship of teaching and learning. As Academic Co-ordinator, 2011-2013, she established the Bachelor of Philosophy (Hons), an undergraduate research degree, at the University of Western Australia.

Oliné Keese (born Caroline Woolmer Leakey) was born in Exeter, England in 1827. She received limited schooling during her childhood, but read avidly, particularly poetry. While living in Van Diemen’s Land with her sister, she began to write poetry, and she published her only volume of poetry Lyra Australis, or Attempts to Sing in a Strange Land in 1854. She died in 1881.

‘This new edition of The Broad Arrow is not just the definitive edition of a hugely important colonial novel which should be read on its own terms, but is a valuable contribution to textual scholarship, and will undoubtedly remain a reference work for years to come.’
Tim Causer   Journal of Australian Colonial History

'The Broad Arrow is much more than a romantic story ... the main Van Diemen’s Land part is absorbing ... every page tells the reader something about the colony. This is an important book for the historian and for anyone interested in nineteenth century Tasmania.'
Alison Alexander   Papers and Proceedings: Tasmanian Historical Research Association