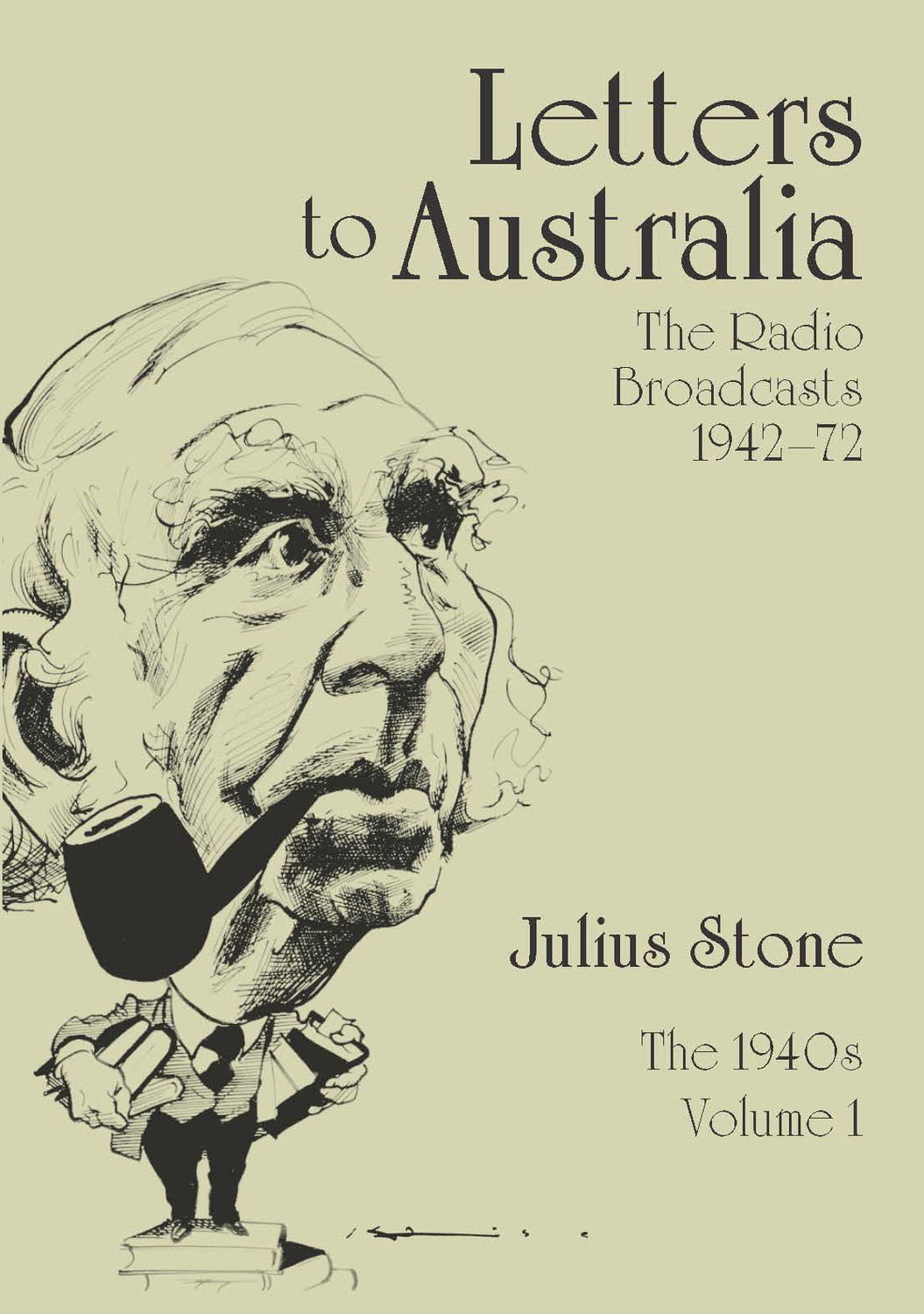 Volume one begins with 13 wartime broadcasts, given with war at its most threatening for Australia; they are a call to courage in dark times. The broadcasts became more nuanced when they resumed, in 1945 with the war almost won, and, over the remainder of the decade, they covered a wide range of issues – the complex aftermath of war, moves towards disarmament and the control of nuclear weapons, the shift of power from Britain and Europe to the US and USSR; the evolution of the Cold War; the birth of the United Nations; the first moves to European union, and the stirrings of the fundamentalist violence that is so large a part of today’s conflicts.

Part 2: the birth of the United Nations
The San Francisco Charter
San Francisco Charter – disarmament
The American senate and the New World Charter
UNO and veto
The Soviet-Persian issue in the Security Council
Light and shade at UNO
World planning in reverse – any progress to world security?

Part 3: political aftermath of war, and reconstruction
Two state trials of today
Cavalcade of conferences – Atlantic Charter to Potsdam
Theories for defeat
Blocs and cordons sanitaires and the failure of London
Out of war, or into one?
Truman’s 12 points
Cards on the table – face upwards
Nationalism and liberation
Foreign secretaries to meet in Moscow
International stocktaking 1945
Foreign secretaries in Moscow – agreements on procedures for peace
Moscow and after – the outlook for 1946
Four-power plan for Japanese disarmament
Peace conference: plus ça change …
Open diplomacy at the Paris Conference
Soviets demand revision of Turkish Straits Treaty
This reparations business
Evatt and Molotov tussle over terms of peace
Moscow Conference III wraps up

Part 4: economic aftermath of war, and reconstruction
The freedoms of the air
Anglo-Soviet relations and the Black Sea Straits
Lend-lease and markets
Moves to free trade
Food and peace
Lines of credit and lines of policy
Freedom of the air
The economic aftermath of the war
Wool over their eyes
American aid and ideologies of trade
The World Trade Charter
Peace and plenty
By the banks of the Danube (conference on the navigation of the river)

Part 6: disarmament and the control of nuclear weapons
Disarmament without fears
The way of man with the atom

Part 7: UK relations with US, USSR, and the Commonwealth
The Prime Ministers’ conference and British-American relations
When is an ally not an ally? – the future of the Anglo-Soviet Alliance
From American aid towards world depression
Attlee’s dream
The need for reform in the UK-Commonwealth relations
American bread upon the waters – complexities of the Marshall Plan
The British Commonwealth and European Union

Part 8: the evolution of the Cold War
Peace, Potsdam, and the atomic bomb
Atom politics and the atomic age
Nuclear capabilities; spy hunt in Canada
Russian aims and the Russian walk-out
Mr Byrnes gets tough
Planning for the atomic age
Soviet American relations and the Canadian arctic
Atoms and the man – recent developments on the atomic front
State socialism and Anglo-Soviet relations
Warring words and words of war – a commentary on the big speeches of the big three
Armies at home and abroad
The Spitsbergen question
America’s perimeter of defence
Regionalism and the Western Bloc
International police and international politics
Checkmate or stalemate? Why Russia sticks to UNO, and how
The diplomacy of attraction
Atomic bombast
The outlook for the fifth Council of Foreign Ministers
The might dollar in a matey world
And then there were two (great powers)
Truth by nationality – aftermath of a collision
Yugoslavia on the international frontier
Air lift over Berlin
Berlin crisis – a trigger for war?
Berlin – crisis of war or of negotiation?