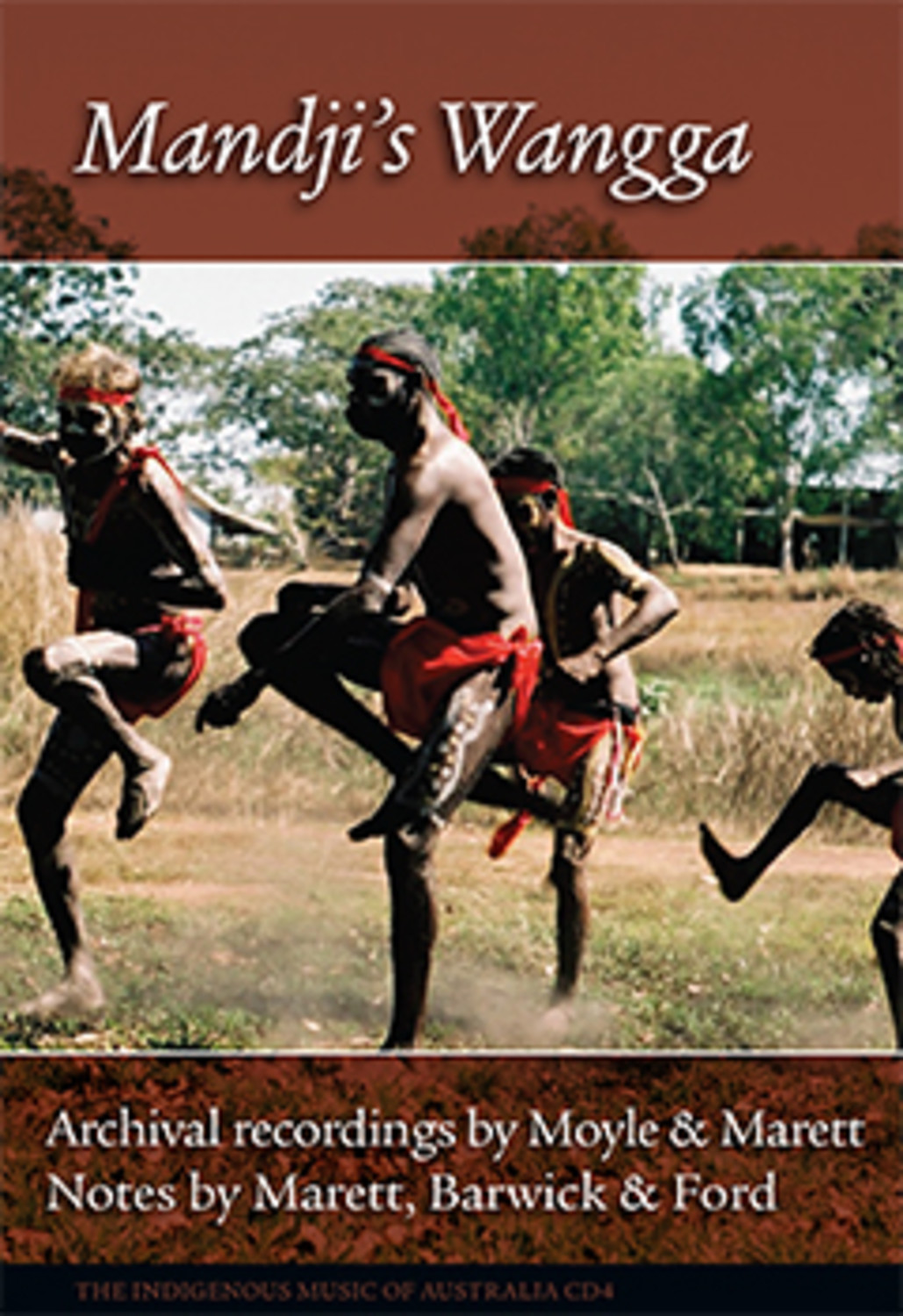 Archival recordings by Alice Moyle and Allan Marett; curated and annotated by Allan Marett and Linda Barwick, with transcriptions and translations by Lysbeth Ford.

Billy Mandji was a prolific and popular Belyuen songman. Active from the 1960s to the 1980s, he travelled widely and was recorded in Kununurra, Timber Creek, Oenpelli and Beswick Creek as well as his home community of Belyuen (Delissaville). He was a prominent participant in the tourist corroborees presented by people from Belyuen in various locations around Darwin and the Cox Peninsula. In addition to composing songs of his own, Billy Mandji inherited songs in Emmi-Mendhe from the Emmiyangal people with whom he lived at Belyuen, and he also sang the Emmi-Mendhe songs of Jimmy Muluk (see CD3 in this series), often in the role of backup singer. His own language, Marri Tjavin, appeared rarely in his songs, perhaps because the language was little spoken in Belyuen. Perhaps for the same reason, many of Mandji’s songs are composed in untranslatable ‘spirit language’. Although Marett recorded Mandji in 1988, he was never able to work with him on documenting his songs, so the translations and interpretations are the result of working with other speakers, especially his extremely knowledgeable ‘daughter’, Marjorie Knuckey Bilbil.